Philippe Coutinho was born on 12th June 1992 in Rio de Janeiro, Brazil. He was the youngest of all three brothers. His mother is Esmerelda Coutinho, and his father was architect Jose Carlos Coutinho. He was shy and didn’t play football until six years old. That’s when he started gaining interest in football. He used to play in the concrete ground with his brothers. After a recommendation from his friend’s grandmother, Coutinho’s father took him to an academy named Vasca da Gama to grow and learn a lot more. 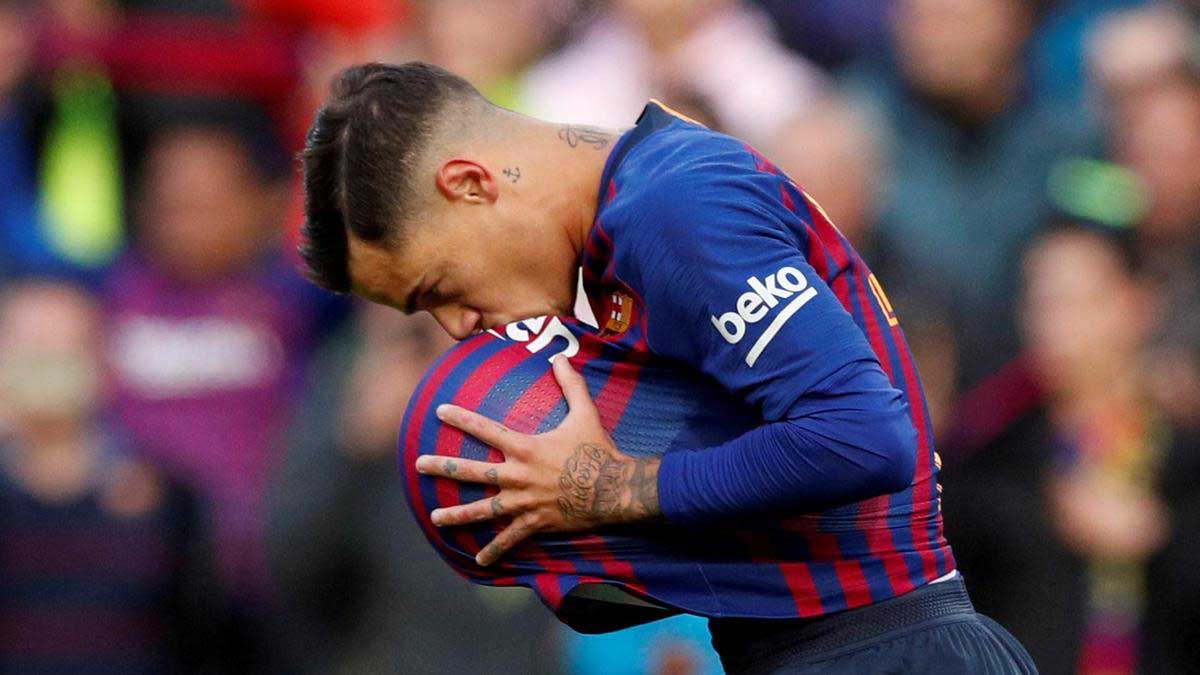 With the arrival of Philippe Coutinho in Inter Milan in 2010, Philip started performing and showing his skills. Coutinho assisted on two goals in Inter Milan’s 4–3 win over Tottenham in the 2010 Champions League. After the game, in Europe, Coutinho came into the spotlight.

Despite a good start at Inter Milan, Philippe Coutinho could not continue his excellent performance. So, Inter Milan sent him to Spanish club Espanyol on loan in 2012. Coutinho was expected to return to the club. However, after failing to perform as expected, Inter Milan sold Coutinho to Liverpool before the end of the 2012-13 season. In that season, he played 19 games and scored only one goal.

After his arrival at Liverpool Football Club, Philippe Coutinho showed his true potential. He played 13 games in his debut season at Liverpool and scored three goals. His game was worth watching from the start. Philip was compared to Cristiano Ronaldo, who also had played a similar game in the Premier League for Manchester in his debut season. Like Ronaldo, Coutinho disturbed his opponent, provided quick passes for goals, and his control over dribbling and ball was terrific. Opposition team captain often bowed their heads in honor of Coutinho, who specializes in breaking the opposition’s defenses.

The next season, the story of Liverpool changed. He created goals for Luis Suarez and Daniel Sturridge in a crucial game that Liverpool won. Liverpool competed for the English Premier League title until the last minute. Everyone praised Liverpool despite losing the title by two points behind Manchester City. Philippe Coutinho scored the decisive goal against City in the title race towards the end of the league. “This is the best goal in the Premier League so far,” Luis Suarez wrote in his autobiography.

Suarez left Liverpool before the start of the 2014/15 season. After that, Coutinho became the biggest star of the team. Jürgen Klopp took over Liverpool in 2015/16, Philippe Coutinho along with Roberto Firimano once again helped Liverpool win the big game. The 2016/17 season was another unforgettable year for Coutinho. Liverpool finished fourth in the table this season. It was the first time since Suarez’s departure that Liverpool had been placed in fourth place. Coutinho’s performance was the main reason for this success for the team. 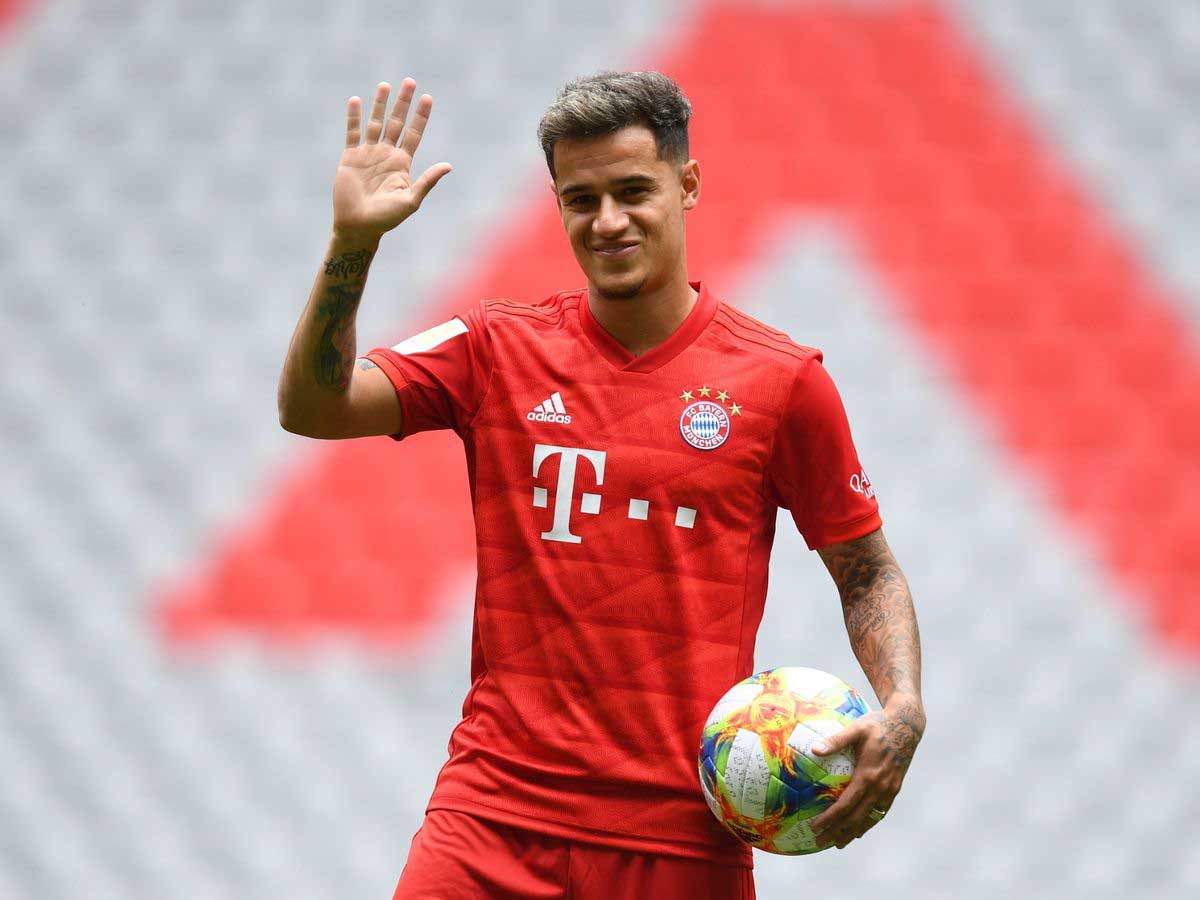 The following year, Philippe Coutinho won the La Liga title and the Copa del Rey. He scored eight goals and five assists in 18 La Liga games from January to the end of the season and scored four goals in 4 games in Copa del Rey for Barcelona

Former Espanyol coach Mauricio Pochettino has compared Coutinho to the likes of Lionel Messi and Ronaldinho. “Filippo has special magic on his feet,” he said. His eyes are considered to be very sharp when it comes to providing passes. He has been nicknamed ‘Little Magician’ by Liverpool supporters. He can hit with equal force with both feet and is also good at hitting from a long distance.

Bayern took the player on loan from Barcelona on 19th August 2019. He made his first debut for Bayern on 24th March 2019 after winning a match against Schalke by 3-0.

Impressed by his performance, coach Mano Menzies made his debut in a friendly against Iran. Brazil won the match 3-0, and he was only 18 at the time. Four days later, Philip came on as a substitute in the 90th minute of a friendly against Ukraine. Brazil again won the game 2-0. He was also part of the squad for the friendly match against Argentina in November. However, he wasn’t on the ground playing, and Brazil lost 1-0 to Argentina. For the next three years, Coutinho was left out of the squad. Luis Philippe Scolari replaced Menzies as a coach and did not recognize Coutinho’s talent.

Scolari dropped Philippe Coutinho from the squad at the 2014 World Cup in Brazil, and Brazil suffered a humiliating 7-1 defeat to Germany in the semi-finals of the World Cup. In the match for the third place, they lost 3-0 to the Netherlands. Coach Louis Philippe was then fired.  After that, Coutinho has been a regular member of the Brazilian team since the 2014 World Cup.

Brazilian football star Philippe Coutinho an attacking midfielder and also better playing from the position Wing. He is right-footed. His jersey number is 14.

Coutinho is 28 years old from the time of writing. He has quite a short figure standing 5 feet and 7 inches (171 cm) weighing 70 kilograms. He has got a very charming and cute face. His eyes are dark brown, and his hair color is black. He is a Christian. 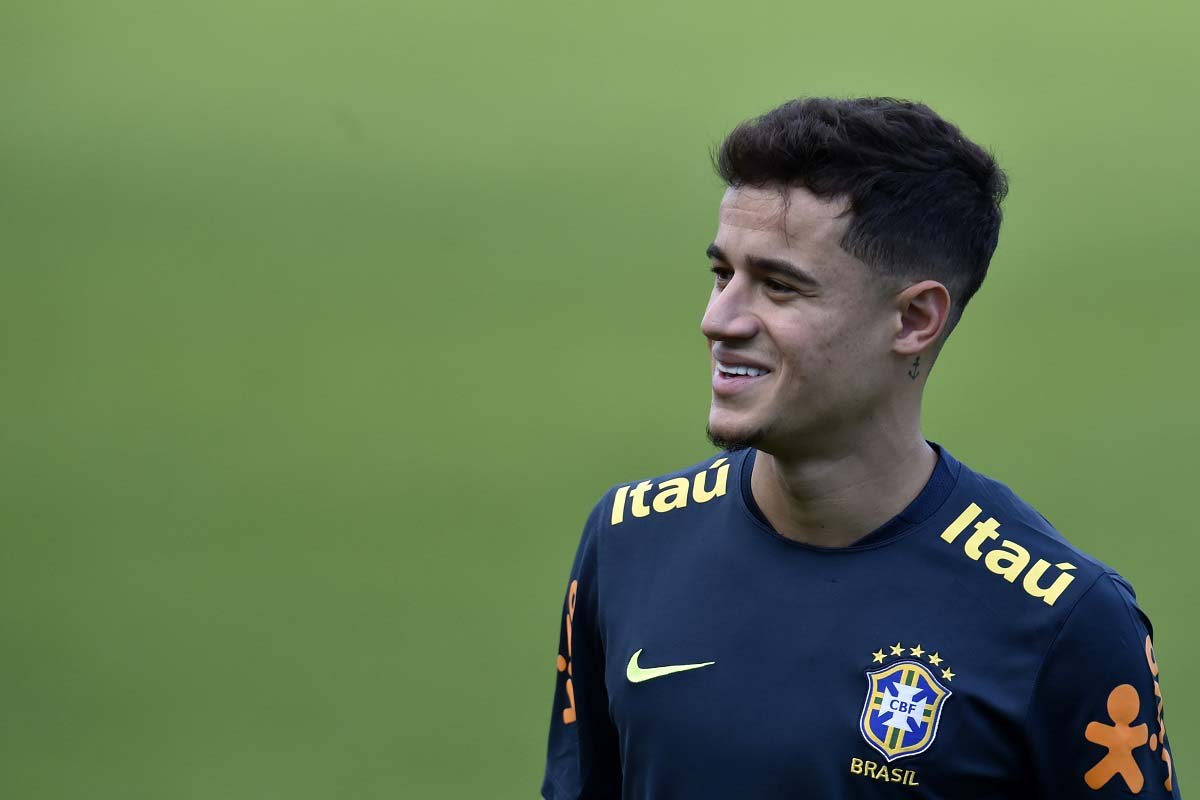 Philippe Coutinho is very loyal to his relationship. He dated a girl Aine since childhood, and they got married in 2012. Playing for Inter Milan in Italy, he was relocated to Italy along with his family and girlfriend Aine. This beautiful couple has two gorgeous and cute daughters, Esmeralda Coutinho and Maria Coutinho. Coutinho spends his time with his family whenever possible. He also got a Portuguese passport through his wife.

His football idol is Ronaldinho, and he loves listening to music, Brazilian Samba or Spanish reggaeton. Coutinho has some tattoos as well, all dedicated to his family and wife.

According to celebrity net worth, Philippe Coutinho has an estimated net worth of more than $85 million.