Who is Ryan Shazier?

Expect the unexpected, that’s life. That’s how life goes on. You will be expecting certain things from certain phases of life. But life will give you something that you may not have ever imagined. And one must be always ready to handle the situation with ease and calmness. One always figure something out even in the worst situation. Instead of cursing the situation and giving up, one must learn to fight every situation.

Every worst situation has something good to happen in the future. These phases come to make one even stronger. When one undergoes a terrible situation, one develops the willpower to face every consequence. The development of willpower and self-belief is the strongest weapon that can one win every situation. One should get up and fight like a warrior when life hits you.

Similarly, Ryan Shazier is one of the most powerful warriors spreading the message of a strong mindset in the world. Ryan is a former American footballer. He used a play from the “linebacker” position. He used to play for the “Ohio State” during the college days. Ryan joined the “Pittsburgh Steelers” after the “2014 NFL Draft.”He was going great with the seasons.

Ryan also performed well in the “Pro Bowl.” But things suddenly changed in his life after he faced a huge injury in his life.  During a match in 2017, he had an injury. This resulted in doing a “Spinal Stabilization Surgery” for walking again. He was on the list of the “Physically Unable” for two years. He decided to retire from football in 2020.

How was the Ryan childhood?

The birthplace of Ryan is Lauderdale Lakes, Florida. He came into the world on 6th September 1992. Ryan has been suffering from “alopecia” since childhood. It is an autoimmune disease in which a person starts to lose the hair of the head or a certain part of the body. This created a lot of problems in his childhood. He had to face bullies and was a laughing stock for the people. But the love and support of his parents played an important role to overcome those conditions. This developed his attitude toward becoming active rather than developing a “reactive” attitude. 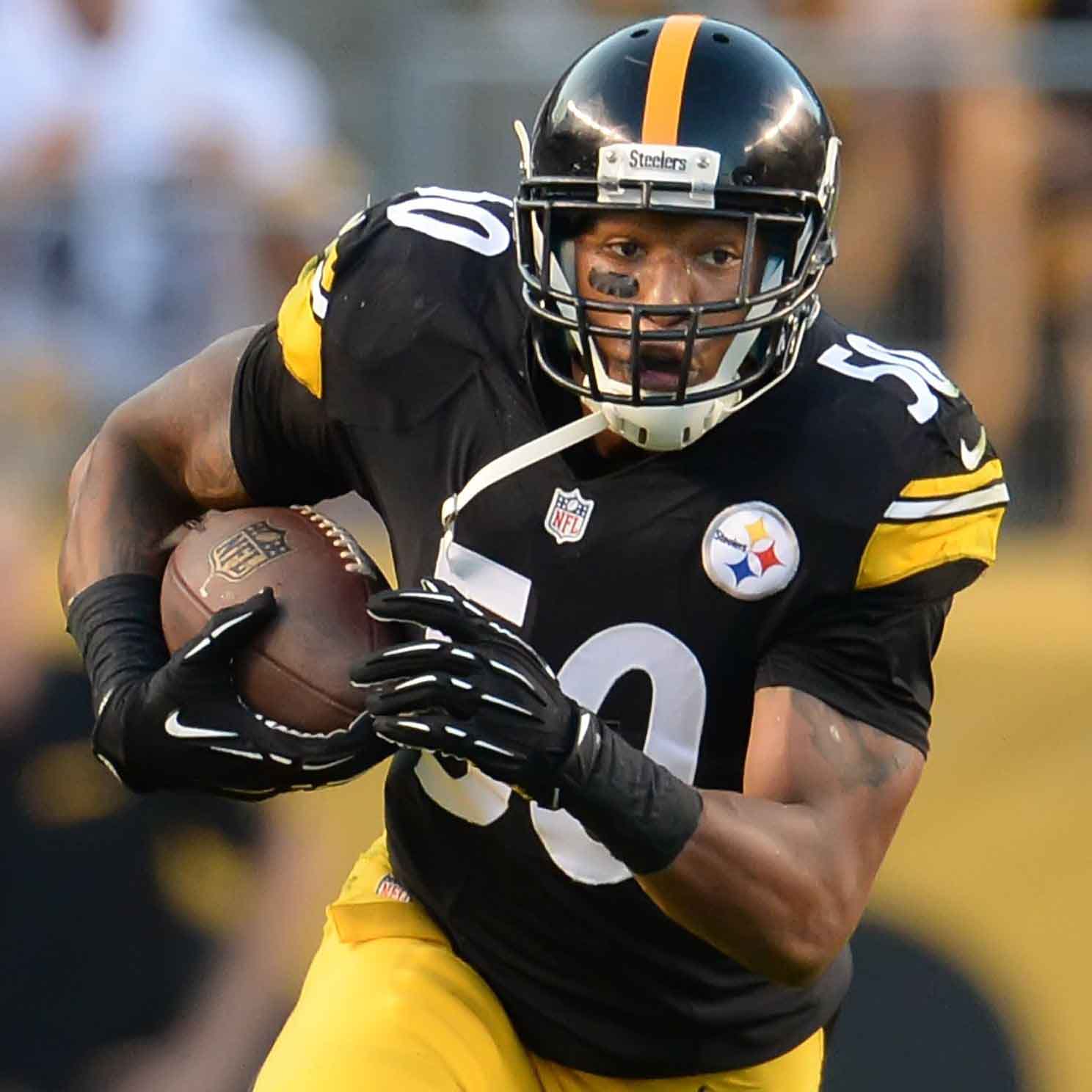 What is the education of Ryan Shazier?

Ryan Shazier completed high school from the “Plantation High School” in Florida. He went to “Ohio State University.” He was in the “Ohio State” team during the university days. Ryan had not completed her studies before the injury. He joined the university back in 2019. He completed his graduation in December 2020. This is a great source of inspiration who think that life has come to an end. With a strong mindset and desire to live, one can find the reason to become happy. Do whatever you can do in every situation to cherish every moment of life. This is what everyone should from Ryan.

How did Ryan Shazier started his career?

“NFLDraftScout.com” had ranked Ryan Shazier third in the list of “outside linebacker”  and 19th in the list of ‘Best Prospect.” Ryan was also able to perform all the drills and workouts. He was not able to do the 10,20 and 40-yard dashes. Still, his qualities were empowering for the team. He also was part of the “Ohio State’s Pro Day.” “Flexibility”, “Production”, “Athleticism”, “Acceleration”, “Lateral Movement”, and “Strong Hands” were his strong aspects. Analysts found Ryan to lack qualities like anticipation, awareness, instincts. and Vision. His body size was not also ideal.

“The Pittsburgh Steelers” added Ryan Shazier to the team in the “2014  NFL Draft.” He signed a contract with a deal of $9.50 million and a signing bonus of $5.23 million on 5th June 2014. His first match representing the team was against the “Cleveland Browns.” He succeeded to score six tackles in total and one pass deflection in the first professional match of his life. He increased the total tackles number to 15 (11 solo tackles). Ryan had to suffer a lot of injuries after the match. He completed the season with 36 tackles and solo tackles of 24.

Likewise, Ryan Shazier played the first match of the 2015 season against the “New England Patriots” on 10th September 2015. He had a total of 5 solo tackles and an assist of two. He suffered from a “shoulder injury” in the match against the “San Francisco 49ers.” This resulted in nerve damage in the shoulders. He had to take a rest for 3-6 weeks. His record was of 87 combined tackles at the end of the season. 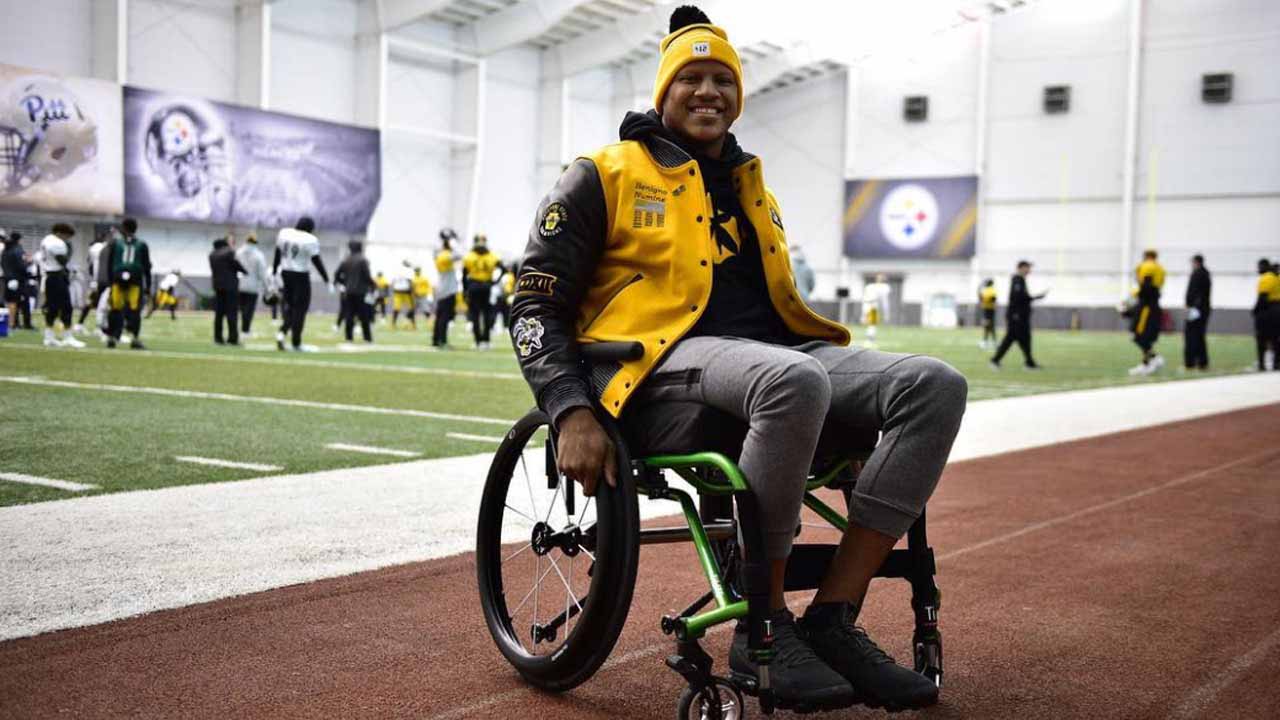 Ryan Shazier faced critical back pain after a “head-on-tackle” in the match during “Monday Night Football” on 4th December 2017. It was found that he suffered from “Spinal Contusion.” He underwent “Spinal Stabilization Surgery” after three days of the incident. This ended his 2017 season. Despite the injury, he received the “Pro Bowl” title for the second time on 19th December 2017. Ryan also got the ranking of 47th in the list of “Top 100 Players of 2018.” After being on the reserve list in the 2019 season, he bade farewell to the game officially on 9th September 2020.

Who is the wife of Ryan Shazier?

Ryan Shazier married Michelle on May 3rd, 2019. It was 17 months after he suffered the injury. The doctors had predicted that he might face paralysis. He proved the doctors wrong by dancing at his wedding. Michelle welcomed a baby boy in January 2019. Ryan had a son from his previous marriage. 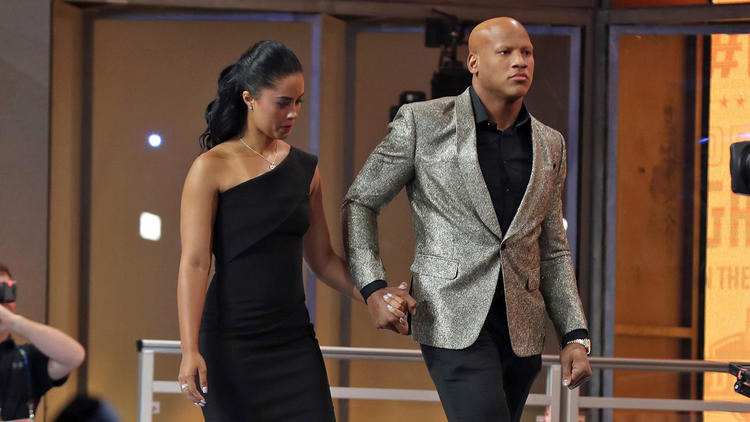 You may want to know more about Gary Steele

Is Ryan on Social Media

How much is Ryan net worth?

Ryan Shazier was only active in the sports fraternity for about four years. He still had a small but amazing career. He had received several honors. According to celebritynetworth.net, he had an approximate net worth of $4 million.

The full name of Ryan is Ryan Dean Shazier. He has an attractive height of 6 feet 1 inch with a complimentary weight of 104 kg. His nationality is American. The ethnicity of Ryan is black.