Who is Diego Simeone?

Crazy. Insane. Self-Centered. Reserved. Hard-headed. These words create multiple impacts on the people respective of the situation. These words are enough to make one go red from inside and outside if used in a heated up conversation. If a girl says this to a boy in a girlish accent, the boy will go red with shyness. Also, if an enthusiast gets the comments, he will give a smile and do what he is doing. And even Albert Einstein used to do it.

Likewise, these words seem to be quite opposing feelings for the doers in the beginning. It seems like a person is trying to become overconfident or over-ambitious. But if you turn the pages of history, it all seems to be a sign of a Genius. It is the sign of someone who makes things happen when they want it to happen. They can’t eat, sleep, or do anything other than thinking about how to achieve the goal.

Similarly, Diego Simone is one of the heard-headed footballers who always used to think about football since the young days. He had a clear mindset since his childhood days about what he wants and how he wants to achieve it. This must be the reason for the current success of his life. Diego has been a professional footballer in the “midfielder” position in the “Atletico Madrid.” He has also been the manager of an Argentinian football team. He has been managing “Atletico Madrid” since December 2011.

How was the Diego Simeone childhood?

The birthplace of Diego is Buenos Aires, Argentina. He came into the world on April 28, 1970. There are not many details about his family and his childhood. 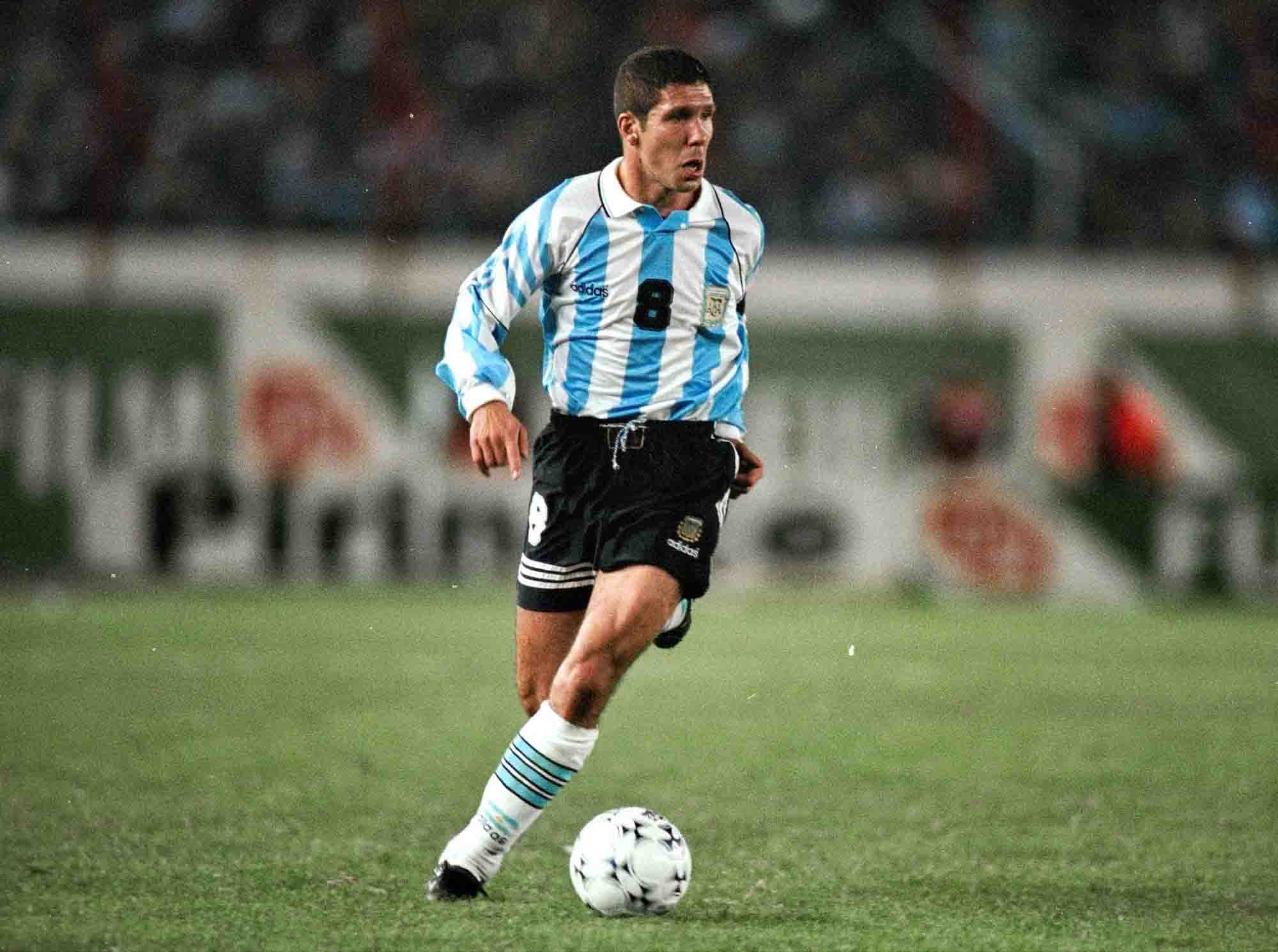 How did Diego Simeone started his career?

Diego Simeone started his journey very early in his life. His passion, energy, and enthusiasm for football have risen to the peak till he reached fourteen years old. Victorio Spinetto, his youth coach, had given the name “Cholo” to Diego by seeing his energy in his fourteen. Diego used to make his coach of Carmelo Simeone, who was the International Player from Argentina. Diego showed the same energy level during his match.

Likewise, Diego Simeone started his football career at the football club “Velez Sarsfield.” Then, he joined series A of the Italian club “Pisa” in 1990. But due to the poor performance of the club, the club sold Diego to the club “Sevilla.” It was during the Spanish club “La Liga.” After playing for two seasons for the club, Diego signed a contract with “Atletico Madrid.” He was in the tea, of the club that succeeded to win the “Copa del Rey” and “Liga” titles. It was during the “1995-1996 Season.”

Moreover, Diego Simeone joined the “Inter Milan” in 1997. He played for the club for two seasons. The team succeeded to won the “UEFA Cup” during the 1997-1998 season.  Diego joined the football club “Lazio” in 1999. Diego was part of the team that won the “1999-2000 Coppa Italia.” It was the third time that the club had won the title. Then, he played for another three seasons for the club.

Diego Simeone returned to “Atletico Madrid” in 2003.  He was in the club for two seasons till 2005. He had a record of scoring 31 goals in a total of 165 matches played for the team. Then, he went to the “Racing Club.” He played the last match for the team on February 17, 2006. Diego took the responsibility of the manager in the club. He left the club n May 2006.

Moreover, Diego Simeone started a new chapter of his life by becoming the head coach for the “Estudiantes de La Plata” on May 18, 2006.  The team succeeded to win its first “League” title after 23 years after the coaching of Diego. The team defeated the “Boca Juniors” with a total score of 2-1 in the finals on December 13, 2006.  He even received the title “Best Manager” in the league in Argentina. The title was based upon the voting of people. “Ole” sports daily had conducted a poll for the title in October 2006.  He left the team after the poor performance of the team in the“2007 Apertura.”

Moreover, Diego Simeone joined the “River Plate” as a coach on 15th December 2007. The team succeeded to win the “2008 Clasura Championship” after Deigo took his responsibility after January 3rd, 2008.  He left the club after the poor performance of the club in the “2008 Copa Sudamericana” and “Primera Division Argentina.” Diego joined the “San Lorenzo” on April 15, 2009.  He resigned from the post due to poor results on April 3rd. 2010. 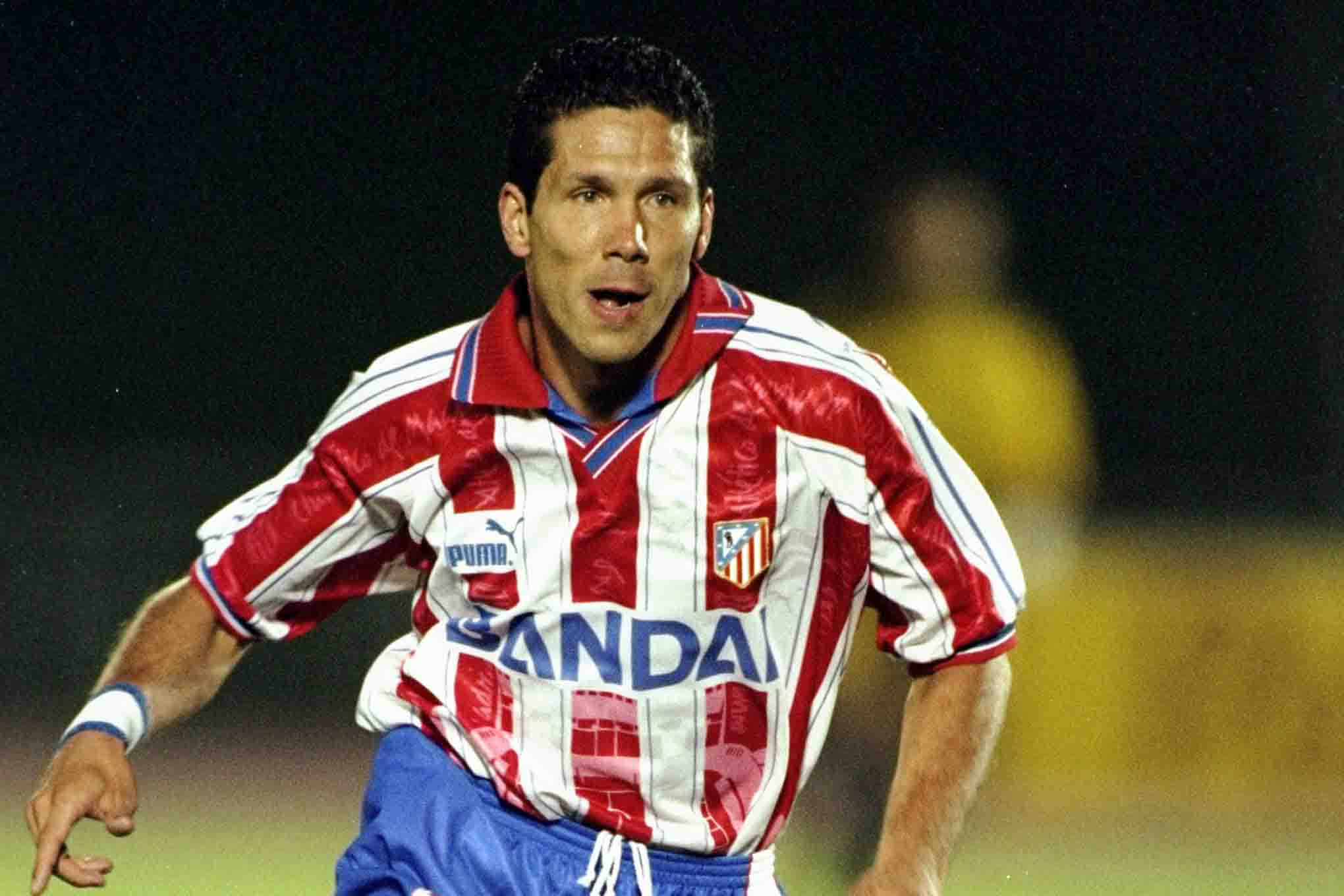 You may want to know more about Oliver Kahn

Who is the wife of Diego Simeone?

Diego Simeone has been dating Carla Pereyra for a long time. His two sons “Gianluca” and “Giovanni” have turned into professional footballers.  His other son “Giuliano” has been enjoying the duty of a “Ball-boy” for the team “Atletico Madrid.” 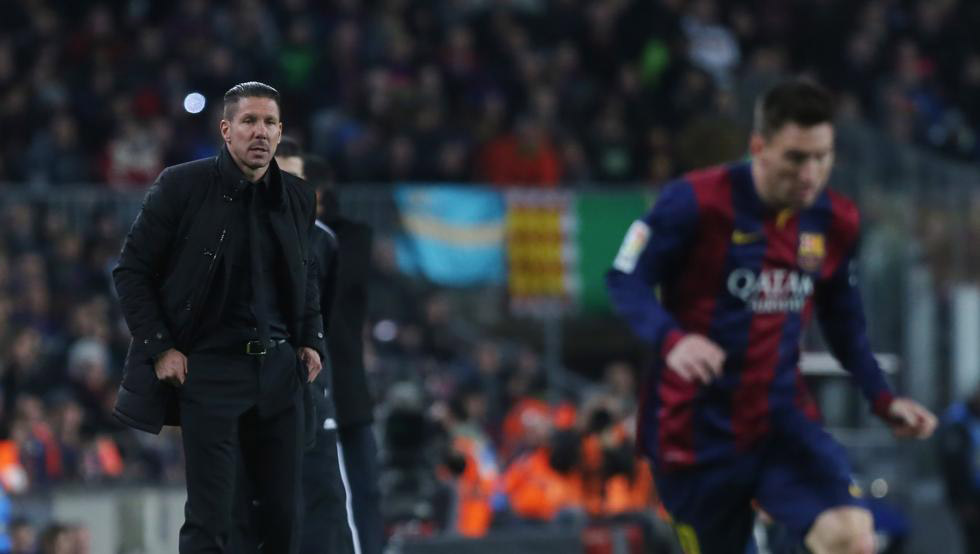 Is Diego Simeone on social media?

How much is Diego Simeone net worth?

Diego Simeone has been part of the sports fraternity for more than thirty years. He has played in the position of the midfielder and has been in the post of coaches and head coaches for many years. According to celebritynetworth.net, he has an approximate net worth of $130 million.

The full name of Diego is “Diego Pablo Simon.” His nationality is Argentine. He has an attractive height of 5 feet 9 inches with a complimentary weight of 70 kgs. He belongs to Argentinian, Italian and Spanish ethnicity. The current age of Diego is 50 years.