Regal to join the WWE. She has been interested in wrestling since a young age. She has won numerous titles like the AWS Women’s Championship and the EBPW Ladies Championship during her career as a professional wrestler. Besides her professional wrestling career, she has also worked as the hostess of a television horror show on KOFY-TV. Moreover, she was also a member of a punk rock band during her younger days.

How was the Shotzi’s childhood?

Shotzi Blackheart’s actual name is Ashley Urbanski. She was born on 14 March 1992 in Santa Clara County, California, The United States, to parents whose identity has not been made public by the wrestler. Likewise, there is no information available regarding her family background and sibling details. However, it is known that she was born and raised alongside a sister. 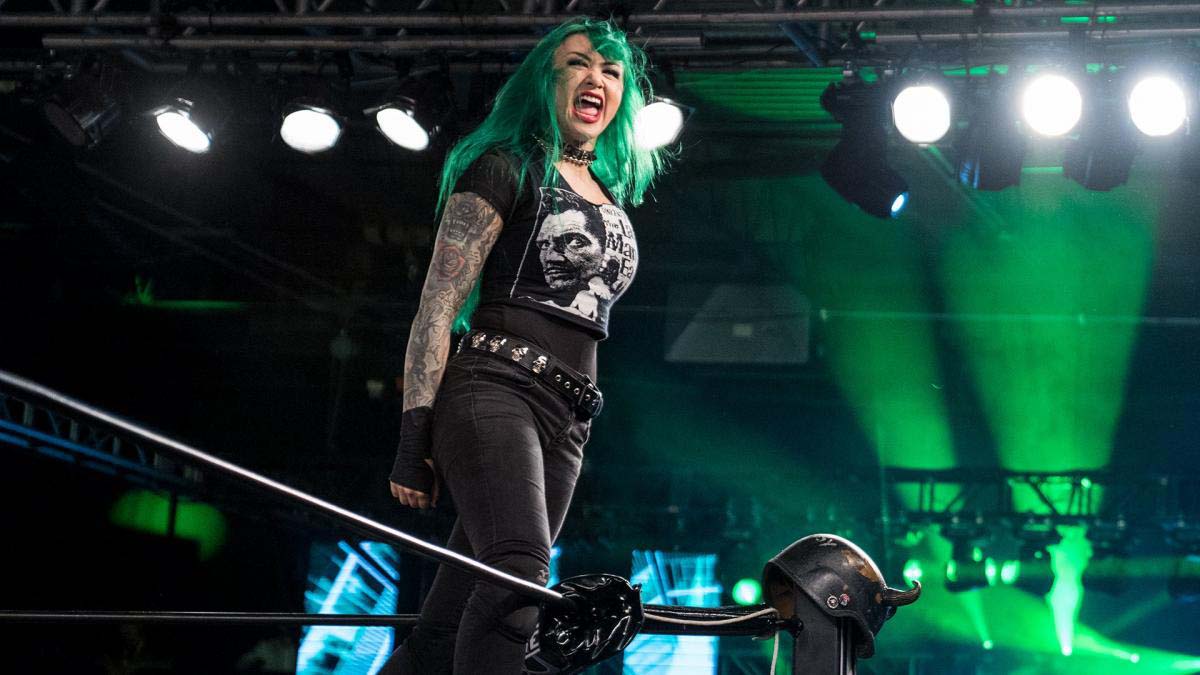 Shotzi Blackheart holds an American nationality and descends from Filipino and Polish ancestry. Unfortunately, there is no information regarding the wrestler’s religious background and religious beliefs. Besides this, she stands at the height of 5 feet. and 6 inches (1.67m/167cms) tall and weighs around 57kgs (125lbs). Moreover, she has an athletic body figure with dark brown colored eyes and green colored hair. She is currently 28 years old with the zodiac sign of Pisces.

Unfortunately, there is not much information available regarding Shotzi Blackheart’s educational background and educational qualifications. However, it is known that she was popular among the kids because she used to have a Filipino dish for lunch, and all of her classmates used to fight for the last piece off.

Shotzi Blackheart used to fight in numerous independent wrestling promotion programs like All Pro Wrestling and Bar Wrestling, where she fought against fighters like Candice LeRae and Rachel Ellering. She has also fought in the SHIMMER Women’s Professional Wrestling, in the Impact Wrestling, and for a short time at Evolve Wrestling. After this, she was approached by the former professional WWE wrestler, William Regal who allowed her to perform in the WWE.

World Wrestling Entertainment Shotzi Blackheart gave her debut performance for WWE by performing in Tough Enough, a professional wrestling reality television series of the WWE. She also joined the WWE Performance Center for training and fought her debut match against Chelsea Green but unfortunately lost the game. Her debut on television came against Bianca Belair, but the game also ended as a loss for Blackheart.

Her career’s breakthrough moment came when she won against Shayna Baszler in the NXT Takeover: Portland. Her second victory in WWE came over Deonna Purrazzo when she finished the match with her finisher, the Senton Splash. A significant incident took place on 27 May 2020 when she was set to fight against Raquel Gonzalez. She, unfortunately, landed on her neck and lost the match due to the misfortune but was lucky enough to avoid any significant injuries.

Unfortunately, there is no information regarding Shotzi Blackheart’s love life. Likewise, there have been no rumors regarding her past relationships, and it is assumed that she has been in at least a single relationship. Similarly, it is also believed that she has not been married yet, nor has she had any children to date. Besides this, it was rumored that she had an extreme fetish of coprophilia, meaning a sexual focus of being in close contact with feces. For this reason, she was also nicknamed the Filthy Filipino by the fans.

Moreover, she lives in her residence in Los Angeles, California, and Oakland, California. She owns a pet dog named Karloff and a pet chicken whose name is PekPek. Additionally, it is also known that she used to suffer from depression as a kid.

How much is Shotzi’s net worth?

Shotzi Blackheart earns primarily through her professional wrestling career and has managed to amass a lot of money, fame, and fortune to date. As of the year 2021, she has an estimated net worth of anywhere around $1 million to $5 million.

For full biography about your favorite WWE player , please check out Sportscovering.