Shayna Baszler is a well known professional wrestler from the United States. Currently signed to WWE, she performs under Raw and is the current Tag Team Champion with Nia Jax. They are in their first reign. She is also a mixed martial artist. She made her debut in 2015.

Shayna Baszler’s full name is Shayna Andrea Baszler. She was born to parents Skip Baszler and Margaret Baszler on August 8 of 1980, in Sioux Falls, which lies in South Dakota, USA. She graduated from MidAmerica Nazarene University, where she majored in religion. After graduation, she started training for MMA. 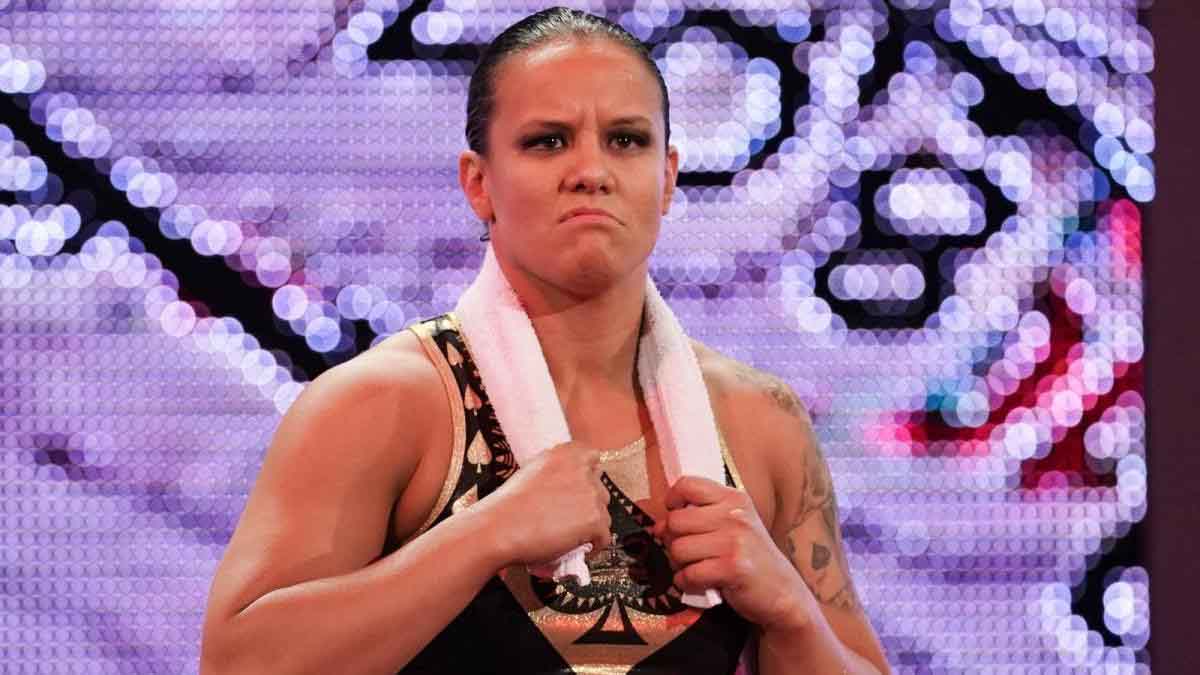 Baszler had her first professional fight on June 3, 2006, against Amanda Buckner at Mix Fighting Championship. There she was defeated by her opponent after a technical knockout. Her second fight retook place at New Fight Films on March 10, 2007. She won against Samantha Anderson with the Kimura, an elbow lever that Masahiko Kimura introduced in judo and became her trademark. On July 27, 2007, she made her debut for the Elite Xtreme Combat organization. There she won three fights against Jan Finney, Jennifer Tate, and Keiko Tamai within a year and rose to the league’s top fighters.

At the significant event EliteXC: Unfinished Business broadcast by CBS on July 26, 2008, she was defeated by Cris Cyborg via TKO. After EliteXC closed on October 20, 2008, Baszler moved to Strikeforce. There she had two fights. On June 19, 2009, she lost to Sarah Kaufman by referee decision. On January 30, 2010, Shayna Baszler competed against Megumi Yabushita and won by submission. From 2010 to 2012, she worked for various organizations. Her most outstanding achievement was winning the TCI Women’s 140 lbs Championship and the FCF Women’s Bantamweight Grand Prix Championship.

In 2012 Baszler entered the Invicta Fighting Championships. Her first fight was against Sara McMann as the evening’s primary fight on July 28, 2012, at Invicta FC 2: Baszler vs. McMann. She lost after a controversial referee decision. On October 6, 2012, she defeated Sarah D’Alelio, and on January 5, 2013, she got beaten by Alexis Davis. 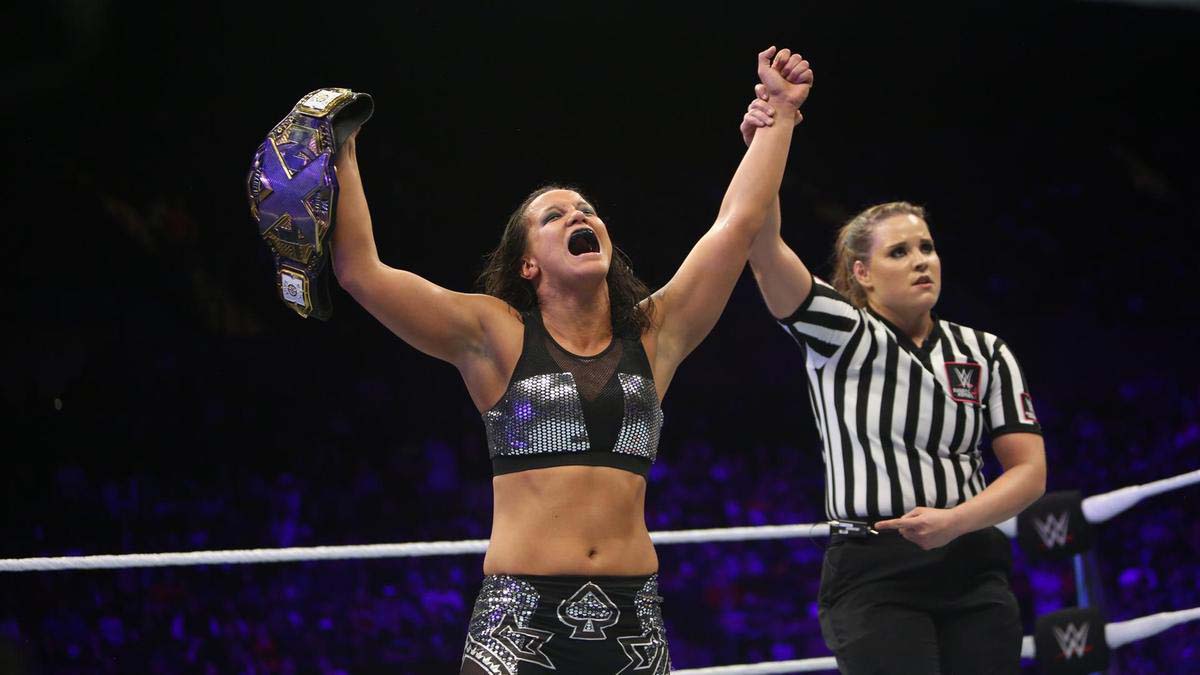 In 2013 she came to Ultimate Fighting Championship, where she appeared in the television series The Ultimate Fighter: Team Rousey vs. Team Tate. She chose Ronda Rousey to join her team after a fight against Colleen Schneider. However, she lost her first fight against Julianna Peña. In the next season of the series, The Ultimate Fighter Nations: Canada vs. Australia was supposed to compete but had to withdraw due to an injury. She then went to UFC 177 and lost to Bethe Correia. Also, in UFC Fight Night 62, Shayna was unsuccessful and lost to Amanda Nunes. She then asked for her release to pursue a career in wrestling.

On March 1, 2015, Shayna Baszler debuted the ROH 13th Anniversary, where she accompanied the ReDRagon tag team to the ring and held a promo after their match. She made her in-ring debut on September 26, 2015, at QPG. She lost her first fight against cheerleader Melissa and got attacked after the game by Nicole Matthews. She then went to AIW, World Wonder Ring Stardom; she met Mercedes Martinez there and started training with her.

On July 13, 2017, Baszler competed in WWE for the first time. She was part of the Mae Young Classics tournament. She made her NXT debut on December 27, 2017. In her first match in January of 2018, she defeated Dakota Kai. She started a feud with Ember Moon, and the feud ended after she won the NXT Women’s Championship. After 133 days to Kairi Sane, she lost the title but won a rematch and became the champion again. She held the title for 416 days. In 2020 she made her debut on the main roster on Raw. On August 30, 2020, she won the WWE Women’s Tag Team Championship and Nia Jax after defeating Bayley and Sasha Banks.

Shayna Baszler came out as bisexual in 2013. As of November of 2020, she is unmarried and single. She is ambiguous. Shayna Baszler is also a certified EMT. She also trains a roller derby called Sioux Falls Roller Dollz. 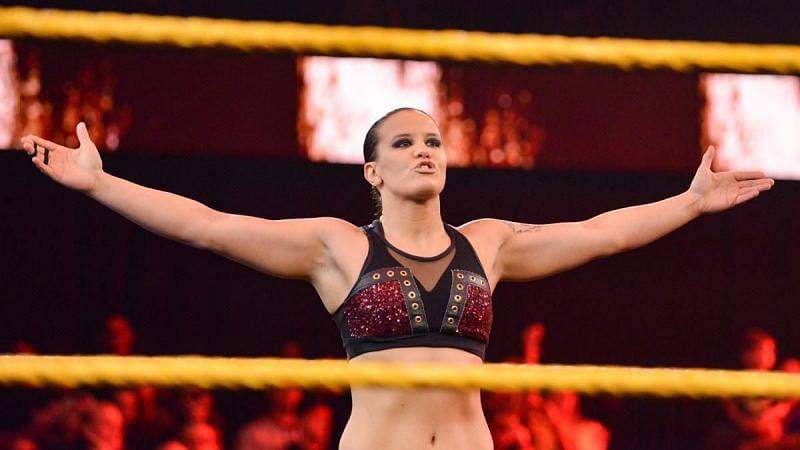 Shayna Baszler has 362k followers on Instagram, and on Twitter, she has 153k followers as of November 2020.

Shayna Baszler’s estimated net worth is around US$ 100,000 to US$ 1 million as of November of 2020. She made most of her fortune from being a professional wrestler in the WWE and mixed martial arts.