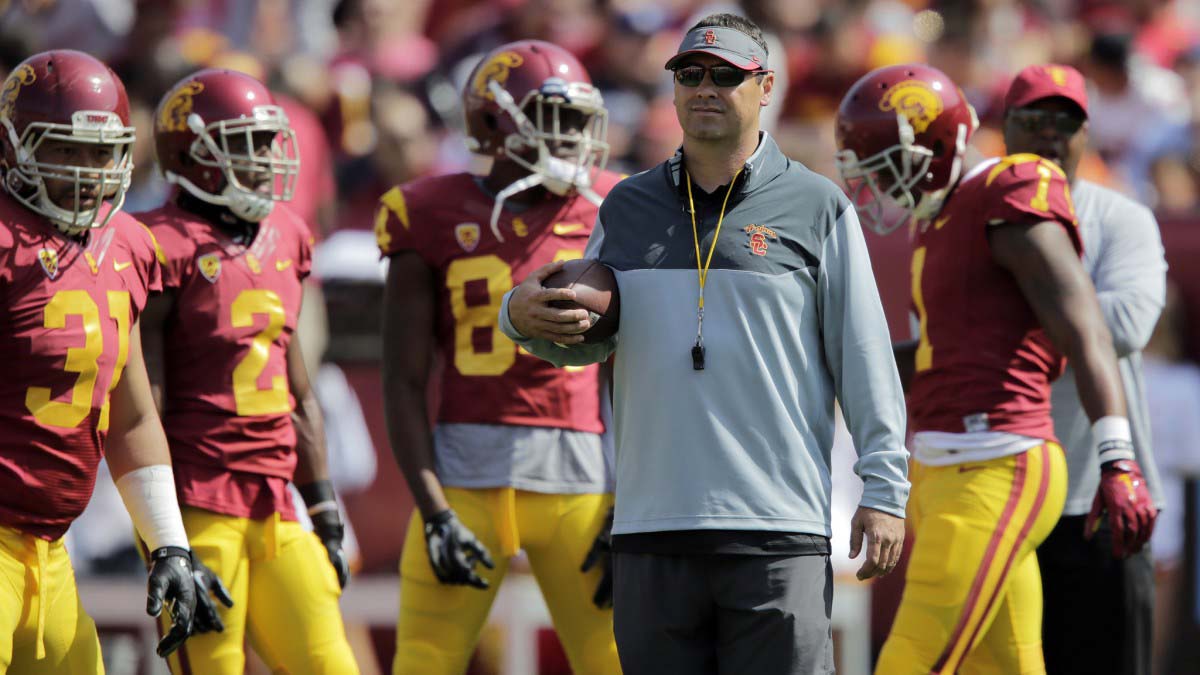 Steve Sarkisian used to play in his university team from the “quarterback.” It was during his days at “Brigham Young University.” He started his professional journey from the “Saskatchewan Roughriders.” Steve has also been the “Offensive Coordinator” of the team “Atlanta Falcons” between 2017 and 2018. He handled the same position in the “University of Alabama” between 2019 and 2020.

The birthplace of Steve Sarkisian is Torrance, California. He came into the world on 8th March 1974. He grew up with his seven siblings. All the elder siblings were born in Massachusetts. His father had immigrated from Iran for his college studies. He was only eighteen years old during that time.

Steve Sarkisian attended the “West High School” in Torrance, California. He used to play baseball during that time. His athletic career began at the “University of South California” in 1992. He used to play from the position of the “Middle Infielder” on the baseball team of the university, “Trojans.” He also played in the “NCAA Division I” baseball for the team. Then, he went for the transfer to “El Camino College.” He was there for two years. Coach John Featherson advised him to start his football career again. Steve even received the “All-Mission Conference” in 1993. He became the “Junior College All-American” during his sophomore year. Steve had set a ‘national junior college record” as he completed 72.4 percent of his passes.

Likewise, Steve Sarkisian transferred to “Brigham Young University” for the 1995 season. The “offensive coordinator” Norm Chow had coached Steve in “BYU.” His junior record was touchdowns of 20 and 3,347 yards. This also helped him to earn the “All-Western Athletic Conference” honors. He completed the season with a record of achieving 31 passes for total yards of 399. His “NCAA record” was 91.2 percent by the end of the season.

The team succeeded to win the match against the team “Wyoming” during the “WCA Championship Game.” His passing rate was 173.6 that helped him to lead the entire “NCAA.” This made him the “WAC Offensive Player of the Year.” He succeeded to enter the “Second-Team All-American.” He also received the “Sammy Baugh Trophy” for bringing the “Nation’s Top Scorer.” Steve completed his graduation in sociology from “BYU” in 1997. He even earned his “associate’s degree” in “general studies” from “El Camino” in 1994.


The professional career Steve Sarkisian started from the team “Saskatchewan Roughriders:” in 1997. He was in the club for two seasons. He became the starter for the team in “1999 season.” Steve had a record of completing touchdown of 16 passes and interceptions of 21. The same season he ended his playing career. 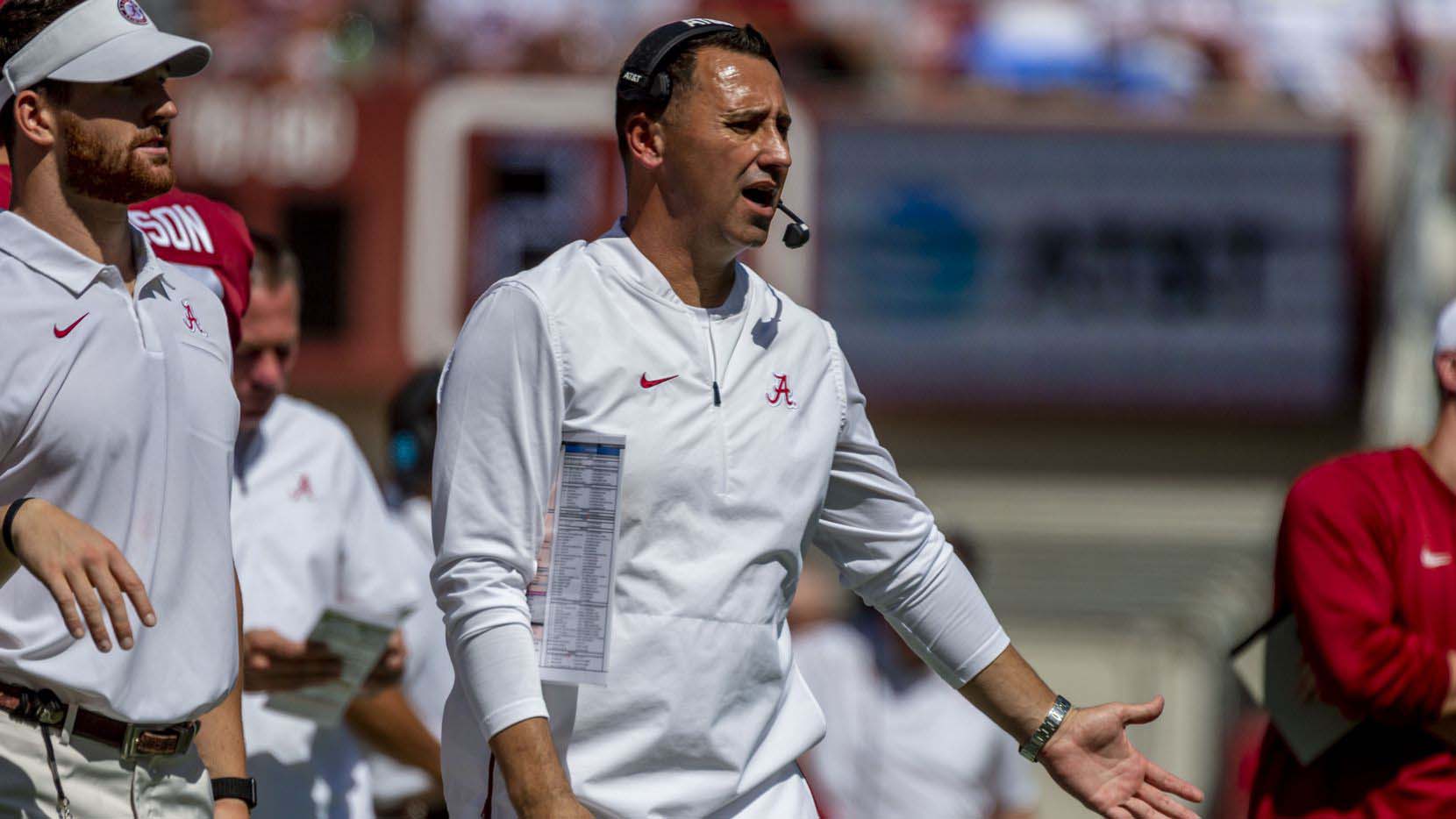 Although he closed his door for a professional player, he opened the doors to start his career as a coach. He joined the “El Camino College” as “Quarterbacks Coach” in 2000.  Steve joined the “University of Southern California” as an “offensive assistant” under his coach Norm Chow in 2001. Steve became the “Quarterback Coach” for the 2002 and 2003 seasons. He became the professional “Quarterback Coach” for the team “Oakland Raiders” in the 2004 season. Steve joined the “USC” again as an “Assistant Head Coach” in 2005.

Likewise, Steve Sarkisian became the head football coach of the team “University of Washington” in the 2008 season. His team succeeded to gain $1.75 million in 2009. Steve succeeded to win the match against “USC” in the first year of his coaching in 2009.  The team won seven games in the “2012 season.” This gave him the nickname “Seven Win Steve.” He signed a new contract with the team in 2009. It was a deal of five years. He had signed the deal for $1.75 million as the guaranteed amount. He signed another contract with the team for another five years in the 2010 season. It was a deal of $2.25 million. 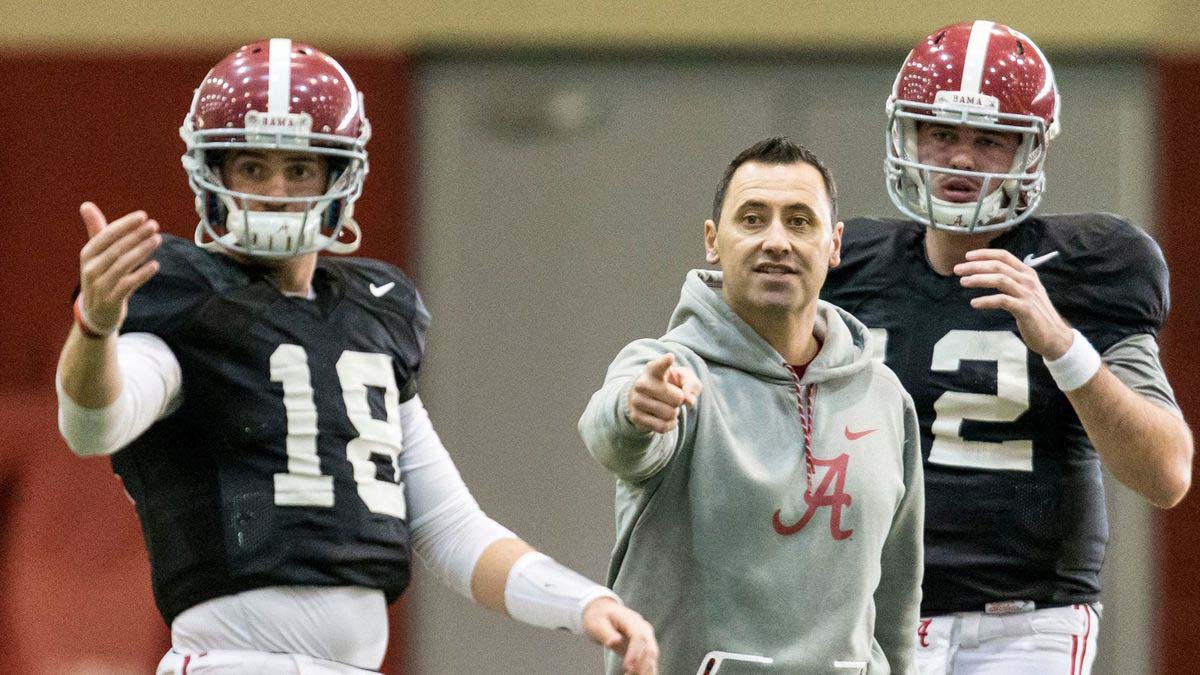 Moreover, Steve Sarkisian returned to the team of “USC” as the “head coach” on 2nd December 2013.  He took an “Indefinite Leave of Absence” on 11th October 2015. The “athletic director” Pat Haden of the team announced that Steve had been fired from the post of the head coach on 12th October 2015. The fire was due to the involvement of Steve in alcohol-related activities. He even filed a case against “USC.” It was a case for getting $30 million as compensation. Steve decided to settle it privately and also lost the case.

Steve Sarkisian became an analyst of the football team of “Alabama” in September 2016. He became the “offensive coordinator” of the team “Atlanta Falcons” on 7Th February 2017. He again joined the team “Alabam” as an offensive coordinator in January 2019. Steve also became the “Interim Head Coach: for the team in 2020. He also received the “Broyles Award” for being the “Nation’s Top Coaching Assistant” in the 2020 season. He became the head coach of the team “University of Texas” on 2nd January 2021.


Steve Sarkisian was married to Stephanie Sarkisian in 1997. The marriage came to an end after they divorced in 2016. Stephanie gave birth to three children. They are two sons Taylor and Bardy and a daughter Ashley.

Steve has been part of the sports fraternity for more than twenty years. He has a short career as a player but a long career in coaching. Although the figures of his net worth are not clear, according to his lifestyle, he must have an approximate net worth of more than $2 million.


The real name of Steve is Stephen Ambrose Sarkisian. His current age is 46 years. The nationality of Steve is American.  He has an attractive height of  6 feet 2 inches along with a complimentary weight of 80 kg. Steve belongs to the Armenian, Irish, and Irish-American ethnicity.