Roy Jones Jr. is a former professional boxer from America. He is also a multi-talented personality with active skills as a boxing trainer, actor, boxing commentator, and rapper. Roy was active as a boxer between 1989 and 2018. He is the holder of a number of tiles of “World Championships in four weight classes.” “Super Middleweight”, “Light Heavyweight”, “Heavyweight” and “Middleweight” were the titles. Roy is the only boxer in history to start his career from the “lightweight” category and winning in the “heavyweight” categories.

Roy Jones Jr. also represented the “United States” in the “amateur” category during the “1988 Summer Olympics.” He won the “silver medal” in the tournament in the “Light Middleweight” category. Roy is regarded as one of the best players of all time. He won the ‘WBA Heavyweight” in 2003. Roy became the first “former middleweight champion’ to win the “heavyweight” title after 106 years. Roy became the “Undisputed Light Heavyweight Champion” in 1999. He is popular for his swift movement, athleticism, reflexes, and movements.

Roy Jones Jr. also became the player to hold the record of “Most Wins in Unified Light Heavyweight Title Bouts” in February 2018. “BoxRec” ranked him the 17th number in the list of “Pound-for-Pond” Fighter of all time. “BoxRec” has also rated ten of his fights “5 Stars.” “The Ring” magazine aged him as the “Fighter of the Year” in 1994. “The World Boxing Hall of Fame” tagged him the “Fighter of the Year” in 2003. Roy has also won the “Best Boxer ESPY Award” three times. It was during 1996, 2000 and 2003. He received the “Fighter of the Decade” award from the “Boxing Writers Association of America” in the 1990s.

The birthplace of Roy Jones Jr. is Pensacola, Florida, USA. He came into the world on 16th January 1969. His family has a history of boxing records. His father’s name is Roy Jones Sr. He was a “Vietnam War” veteran. He succeeded to receive “Bronze Star” for rescuing another soldier. Roy’s father lost the match against Marvin Hagler during “Hagler’s 36th Pro Fight” on 10th June 1977.

The academic details of Roy Jones Jr. are not available. His professional career seems to have dominated the other parts of the life of Roy.

The professional career Roy started on 6th May 1989. It was the fight against Ricky Randall. Roy knocked out Ricky in the second round and won the match. He won another match against Stephan Johnson through knockout in the eighth round. Roy won the “IBF Middleweight Championship” against Bernard Hopkins through the unanimous decision on 22nd May 1993. He won the match against ‘Thulane “Sugar Boy” Malinga’ in a non-title match. Roy knocked out Thulane in round six in the match. He succeeded to defend the title in the match against “Thomas Tate” through knockout in round two on 27th May 1994. 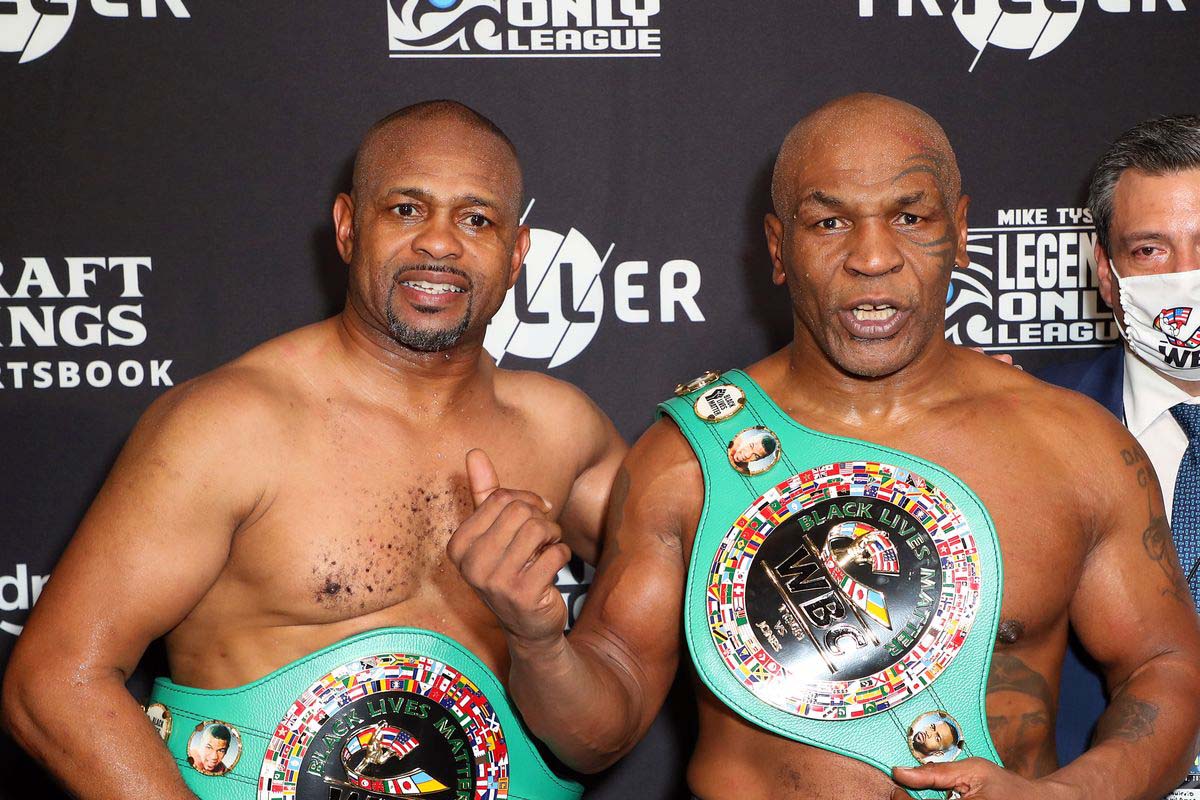 Roy Jones Jr. defeated Merqui Sosa in the second round through knockout and Eric Lucas in round 11 in 1996. He also won the match against Bryant Brannon through TKO in the second round.  Roy defeated Mike McCallum through a shutout decision for the ‘Interim WBC Light Heavyweight” in November 1996. He knocked out the match against Virgil Hill through knock out in 1998. 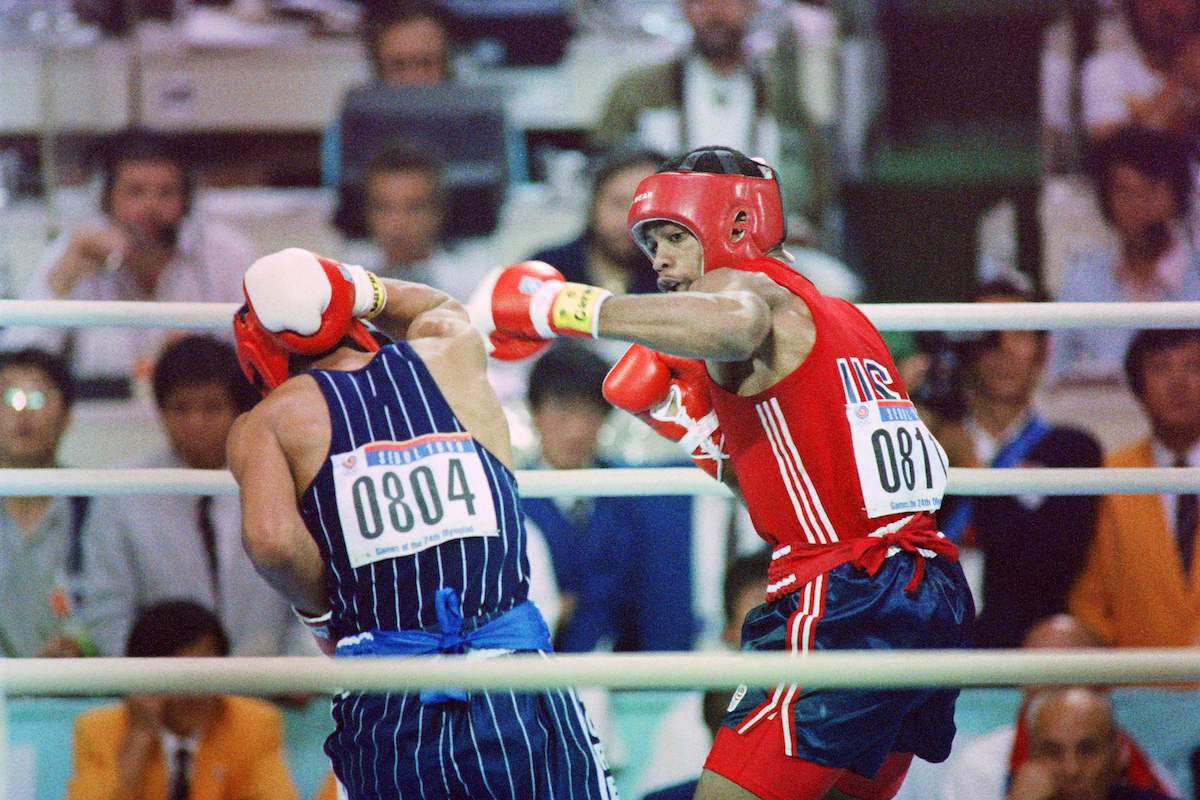 Likewise, Roy Jones Jr. won the match against David Telesco on 15th January 2000. His wrist had fractured before the fight. But instead of stepping back, he fought the match almost with one hand. He knocked out Glen Kelly through knockout in round seven in 2002. Roy also won the match against Clinton Woods through technical knockout in the same year. He defeated Antonio Tarver on 8th November 2003.

He won the match against Glen Johnson to win the “IBF Light Heavyweight” title on 25th September 2004. Roy knocked out Anthony Hanshaw in round eleven for the title of “International Boxing Council Light Heavyweight” title. He defeated Scott Sigmon in round 10 on 30th December 2017. This was his final match after which he stopped his professional career after 29 years. He played a total of 75 matches in the whole career.

Roy Jones Jr. married Natlyn. The couple is blessed with three children. They are DeShaun, DeAndre, and Roy Jones III.

According to celebritynetworth.net, he has an approximate net worth of $7 million.


The real name of Roy is Roy Levesta Jones Jr. His current age is 52. The nationality of Roy is American and Russian. He has an attractive height of 5 feet 11 inches along with a complimentary weight of 88 kg. Roy belongs to the African American ethnicity.