Trea Turner is a professional American baseball player who currently plays in the MLB with Washington Nationals. He plays in a shortstop position picked in the 2014 MLB Draft by the San Diego Padres. A year later, after being traded to Nationals, he made his debut for them on 21st August 2015. Trea Turner got rated as one of the fastest runners in the current MLB scene.

Trea Turner’s full name is Trea Vance Turner. He was born to parents Donna and Mark on the day of 30th June of 1993 in Boynton Beach, which lies in Florida, USA. He went to Park Vista Community High School and completed his college education at North Carolina State. In high school, he was also a part of the high school gymnastics team and played college baseball for NC State. He grew up with his older sister, who is named Teal. 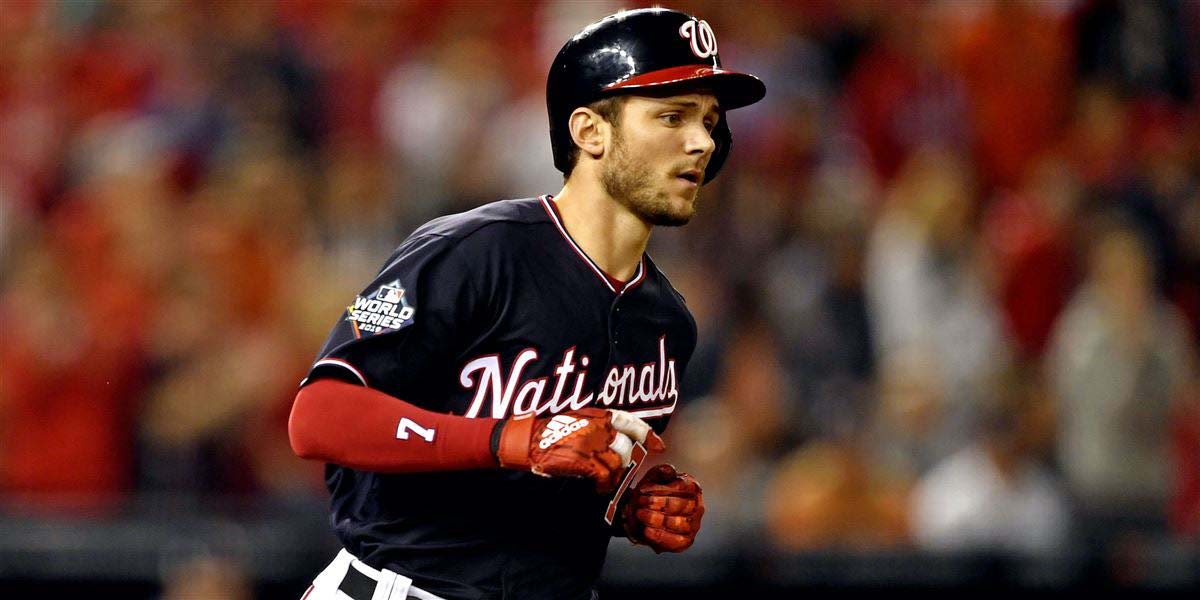 After his high school career, Trea received scholarships from universities like NC State and Florida Atlantic University. In the 2011 MLB draft, Turner was the 602nd pick and got drafted by the Pittsburgh Pirates. However, he decided to play college baseball and played for NC State. In his freshman season in 2012, Turner played in the position of a third baseman. He averaged .336 in batting in 2012.

The following year, he averaged .378 and scored seven home runs. In 2013, he named All-ACC’s first team, and after the ending of the 2014 season, he got awarded a Brooks Wallace Award. In the 2014 MLB Draft, Turner was the 13th selection and got picked by the San Diego Padres. He was given US$ 2.9 million as a signing bonus in June of 2014. On June 15, he made his debut with the Emeralds. He then got promoted to Fort Wayne TinCaps after 46 games. In 46 games, he batted .369. After the regular season, he played for the Saguaros, and in June of 2015, Turner got traded to the Nationals. 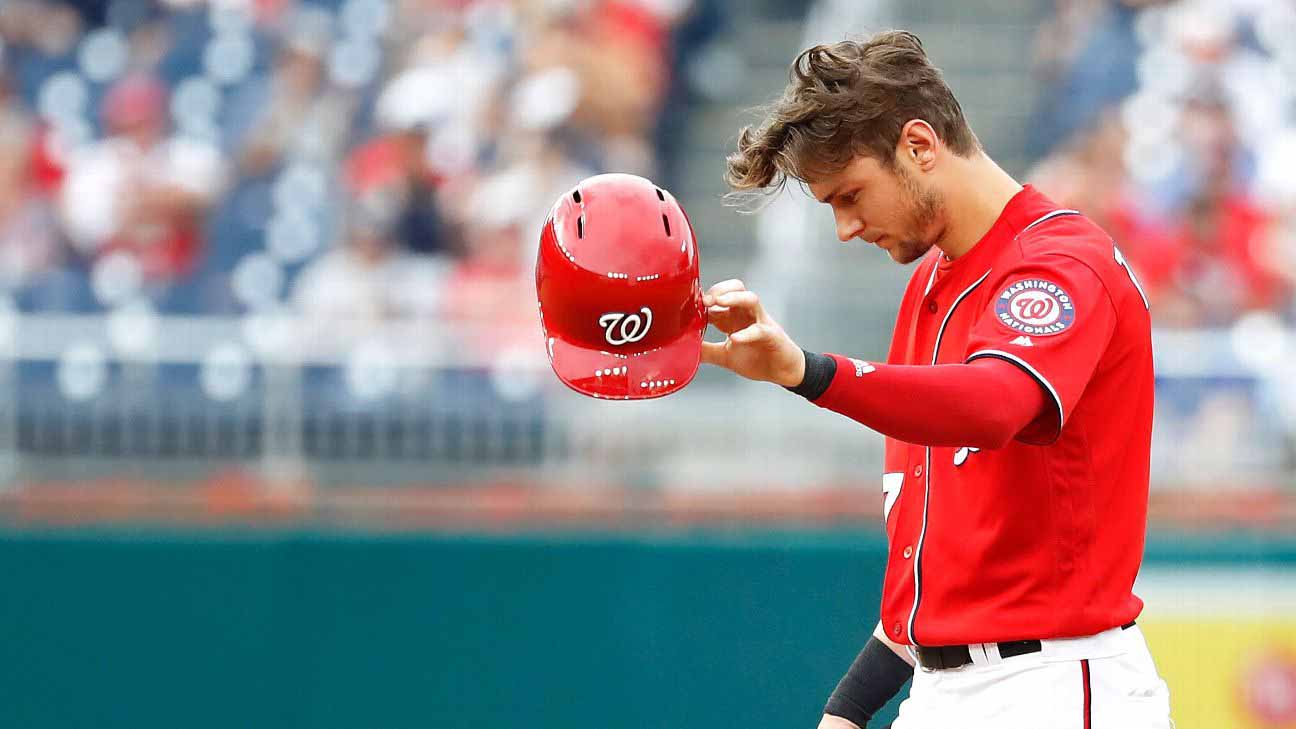 In August of 2015, the Nationals promoted Turner to the MLB. On 21st August, he made his MLB première. In the 2015 season, he batted an average of .225. In August of 2016, Turner was named the MLB Rookie of the Month. He batted .357, which comprised five home runs and 11 stolen bases. He started playing in a shortstop position once again in 2017 and achieved the fest of “hit for the cycle” on April 25. This feat has only been achieved 330 times in MLB.

By the end of the 2018 season, Turner had a batting average of .271, .344 and, .416. He was also clocked as the fastest shortstop at 30.1 ft/sec while base running. In April of 2019, he sustained an injury to his right hand in a broken index finger. Due to the injury, he was unable to play till May 17, and in his comeback, he hit his second “hit for the cycle” against the Rockies. In November, he underwent surgery for his index finger, and in the 2020 season, Trea Turner scored 12 home runs in 59 games.

Trea Turner is married to Kristen Harabedian. They coincided in college and fell in love. Trea got married to Kristen on November 10, 2018. He doesn’t have any children. He got put under the rails after tweets from his college year that used derogatory terms towards gays and mentally disabled people resurfaced on the internet. He later apologized online and in a conference. In August of 2020, Kristen and Turner announced that they were expecting a child. 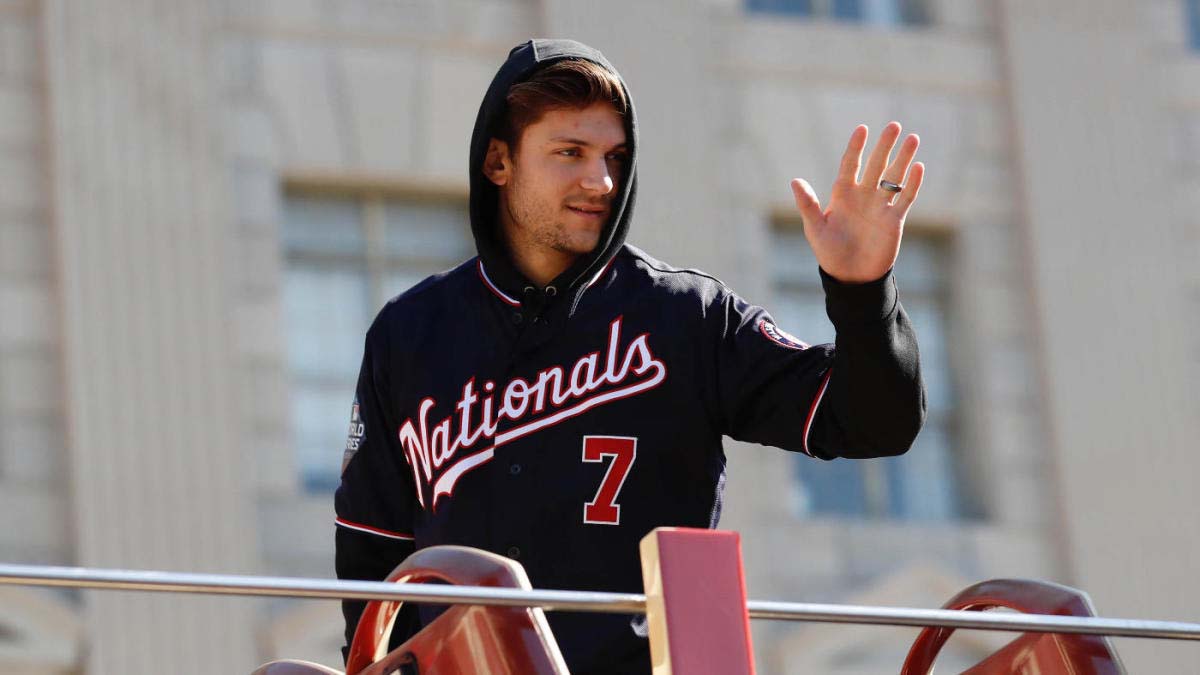 As of November of 2020, Trea Turner’s net worth got estimated to be around US$ 4 million. Trea Turner makes most of his possessions from playing baseball at a  professional level.