Triple H’s real name is Paul Michael Levesque. He was born on 27th July 1969 in Nashua of New Hampshire. His parents are Paul Levesque Sr. (father) and Mother, Patricia Levesque. He also has one sister. Her name is Lynn. In his early days, he attended high school like normal other students. He used to play baseball and basketball during high school. Triple H entered into body building competition right after his graduation from Nashua South High School. When he was five years old, he watched his first wrestling match. 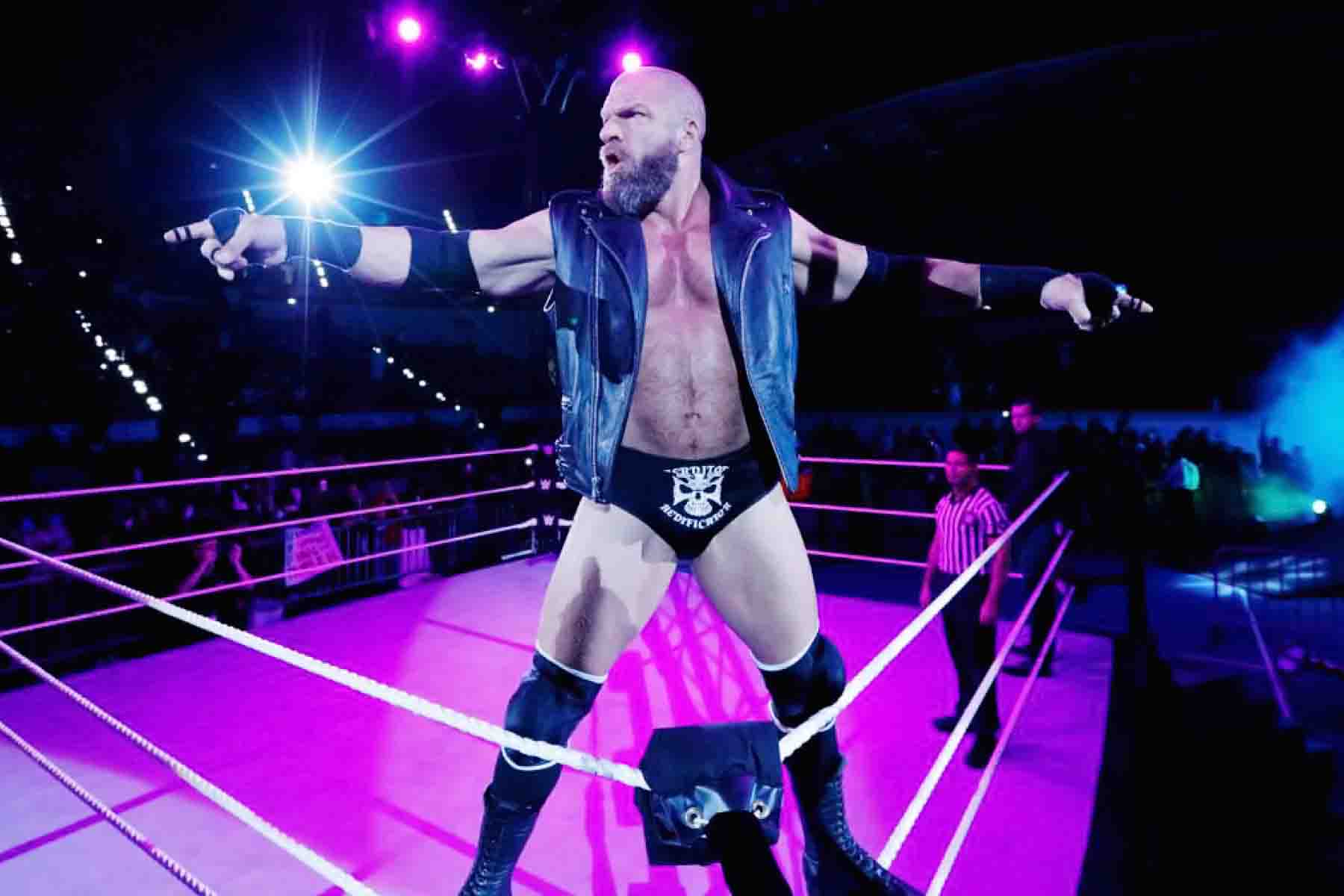 Levesque’s early career began in early 1992 when he started his training to become a professional wrestler at Killer Kowalski’s school at Malden. In the year 1992 of March, Levesque debuted as a wrestler. The International Wrestling Federation short form IWF promoted him by a new name, Terra Ryzing. He won his first IWF Heavyweight Championship in 1992. Till 1994, he wrestled for other professional wrestling promotions on East Coast independent.

Triple H wrestled his first televised match in 1994 after he signed the contract with WCW (World Championship Wrestling). He defeated Keith Cole during his debut as a villain, Terror Risin. He changed his name to Jean Paul Levesque in mid-1994. Then he left WCW as per the contract. He made his debut in World Wrestling Federation (WWD) on 30th April 1995.

He changed his name to Hunter Hearst Helmsley again and defeated Buck Zumhofe at the episode of Wrestling Challenge. He also made his first-ever pay-per-view debut by defeating Bob Holly. After few months of promotions, Helmsley started to drop off and he even got severely injured during the match against Marty Garner on one of the episodes of Superstars. After various ups and downs, he won his first Intercontinental Championship on 21st October 1996 which he held for four months. 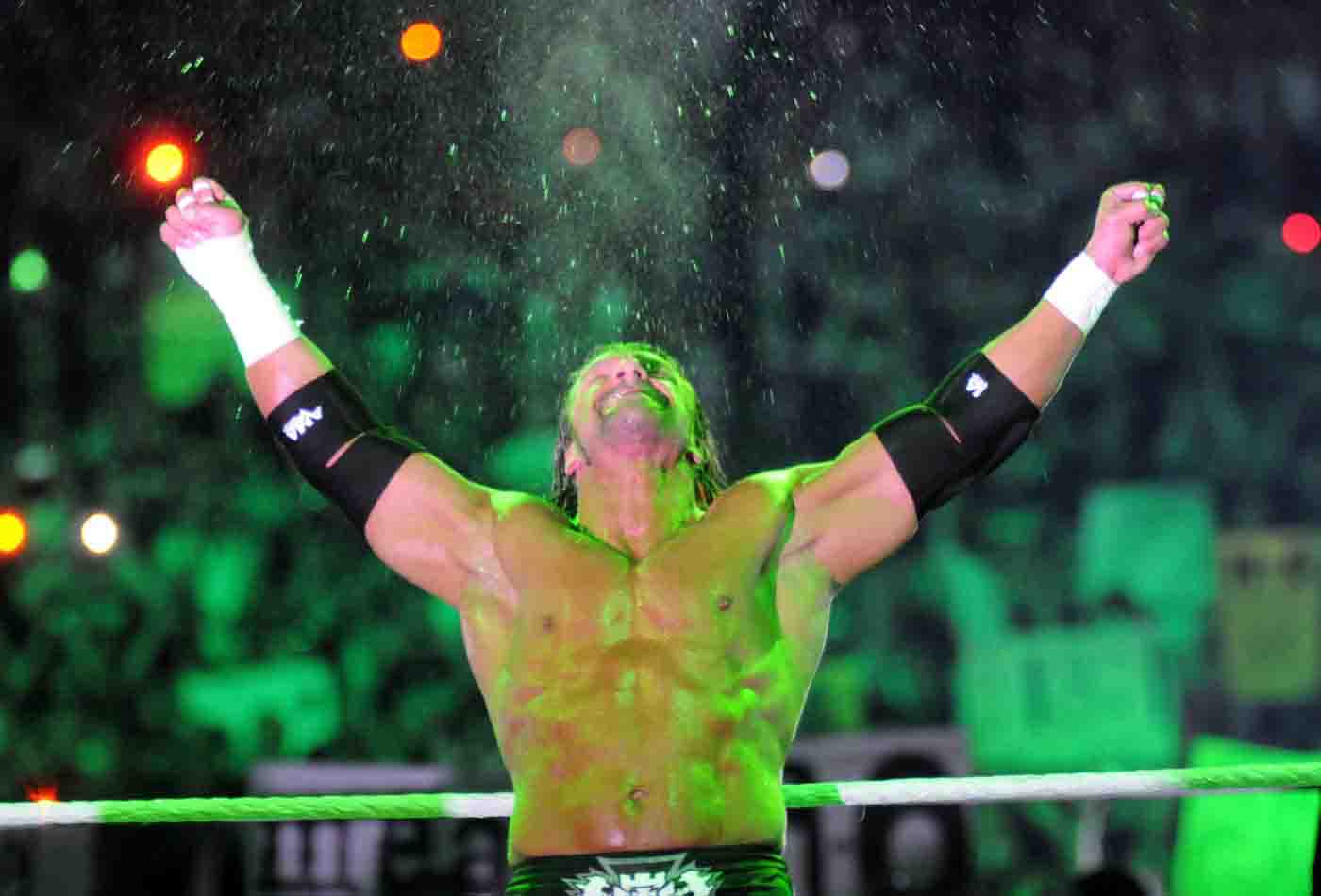 During the year 1997, his ring name was changed and shortened to Triple H. After that he had few moments of defeat but eventually he rose again after defeating Mankind in the King of Ring tournament. In the same year, with Helmsley, Shawn Michaels, Rick Rude, and Chyna -they formed D-Generation X shortly D-X. Later on, D-X became famous and was loved and favored by fans.

But Triple H betrayed his fellow member from D-X at the WrestleMania XV so the D-X team got separated the very next moment. After many failures, Triple-H won his first WWF Championship in Raw Is War by defeating Mankind. From then on, he defeated multiple wrestlers in different wrestling television. In the following year, Triple-H won against Chris Jericho on SmackDown! And earned his third Intercontinental Championship and again won for the fourth time after defeating Jeff Hardy.

After he and Austin won over Kane and The Undertaker, Triple-H became world tag team champion after winning WWF Tag Team Championship. After that Triple-H has won countless other Championship. He hasn’t fully retired from his wrestling career yet.

Triple H became Executive Senior Advisor of WWE headquarters in 2010. In the following year, he was also named Executive Vice President. His responsibility was to look and manage after the talent departments, training of performers, etc. After he became the founder of NXT, he recruited many new talents in the wrestling mania, he also promoted the brand and also promoted the women’s wrestling, etc. He was praised for his work. Thus, he was promoted to Executive Vice-president of Talent, Live Events and Creative in 2013 and again in 2020, he was promoted to Executive Vice President of Global Talent Strategy and Development of WWE. 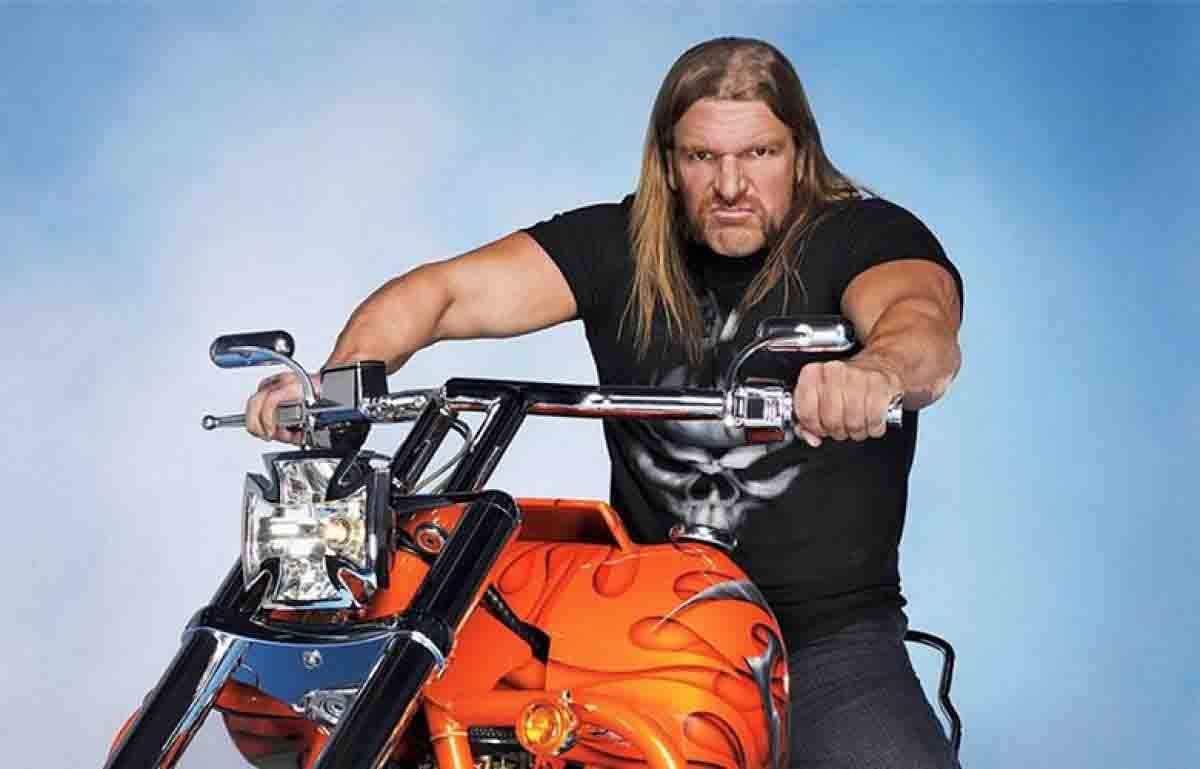 Levesque dated with fellow wrestler Joan “Chyna” Laurer who was also his classmates during his training in Malden. They dated for 4 years but due to Laurer’s mental health and various other reasons, they broke up in 2000. Later, Levesque married Stephanie McMahon on 25th October 2003 in New York. They have 3 daughters namely Aurora Levesque, Murphy Claire Levesque, and Vaughn Evelyn Levesque.

Triple H reaches his fans through Twitter and other social media platforms.

Levesque published his book called Making the Game: Triple H’s Approach to a Better Body in the year 2004. His book contains tips and advice for the bodybuilders out there who are devoted and interested in body building. He has also included his own experiences, autobiographical information, and opinions about a healthy body.