Who Will Be the 5 Potential Winners of Royal Rumble 2022? 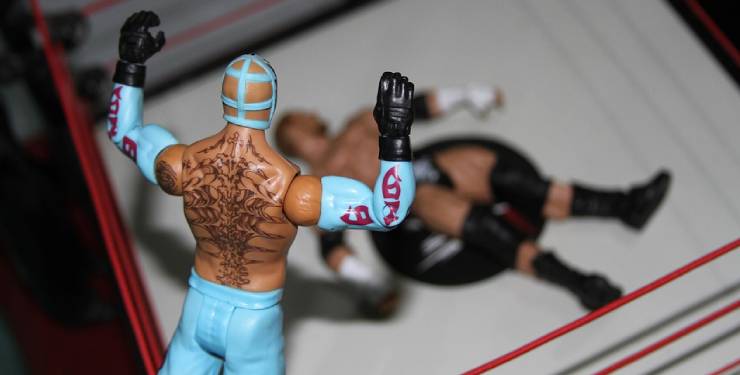 One of the main events among WWE fans is without a doubt, Royal Rumble. Martial arts competitions don’t receive much attention apart from the Olympics, and UFC and Boxing competitions are maybe the only examples of fighting sports going mainstream.

WWE takes a different approach and really focuses on providing its audience with a spectacle. As a result, we are still remembering the highlights from the last Royal Rumble, and are eagerly expecting to see what the year 2022 will bring. To that end let’s speculate on who will win in the upcoming competition and bring the championship belt back home.

Now we all know that WWE fights are done by professional actors. They are scripted and the winner is determined before the match starts. This is done in order to create a more spectacular event, but it doesn’t mean that these fights aren’t dangerous, and actors can still sustain injuries.

Moreover, viewers can actually wager on these matches, as information about winners is a heavily guarded secret.

Since this is the case you can make the whole Royal Rumble competition a lot more entertaining, if you decide to place bets. You can do this by using online sports betting operators or online casino sites that have sports wagering options.

For your convenience, you can take advantage of the Apple Pay online casinos feature, which will allow you to continuously watch wrestling and win money. This can be a good deal as you will be able to make a wager and play some slots where you can win additional money. Who knows, you might even come across WWE theme games on these site.

Sasha is a WWE female superstar and currently, she is only missing the Royal Rumble title. This is why a lot of people feel that Sasha will end up winning in 2022 and complete the award set. She is also one of the main WWE brand ambassadors and has a massive fan base, so it makes sense for them to keep her in the competition for a long time. She has made quite an entrance or a comeback during the Extreme Rules this year. So, the way things currently stand Sasha seems poised to claim the upcoming event.

The way things currently stand Karrion doesn’t seem like a logical choice, but there are some reports or rumors that WWE is planning to take a new direction with his character. This is why there is a good chance that Royal Rumble will be his new moment to shine and win over the audience.   After all, this is a business that earns from selling merchandise as well, so if Karrion themed items are to generate more revenue, then making him the next champion would be a very good strategic move.

The reason why Bearcat Lee is on the list is that it would make for a really unexpected outcome. WWE loves to do this as well and to simply provide the ending that only a small number of fans are expecting. This fighter has undergone some changes, and even his name was changed two times throughout his career. As a result, WWE received a lot of criticism, so maybe they are determined to get it right this time around. Royal Rumble would be a good opportunity for him to get a brand new chapter and finish like a champion.

Another fan favorite when it comes to female WWE. Unfortunately, Bayley has been out of commission for an extended period of time due to an injury, so viewers are hungry to see her in action once again. Much like with Sasha, the only belt missing in Bayley’s collection is Royal Rumble.

Finally, we have AJ styles who has a long list of WWE accomplishments, and who battled against some of the real superstars from this industry. He is in the same situation as Bayley and Sasha, so the ever-elusive Royal Rumble title might end up going to him.

As you can see the outcome of the competition remains as unpredictable as ever, and in this case, it’s even more difficult to speculate compared to other sports. There are many factors in play that determine who will win. Fighter’s popularity, company’s goal for a character, or revenue potential from merch sales. The only thing we know for sure is that Royal Rumble is going to be amazing, and we will get brand new fight clips that will go viral.

Leslie Alexander is a big fan of fighting sports and gaming, who thoroughly enjoys WWA as much as UFC events. She is a digital marketing expert, works as a content lead, and closely follows the news related to the iGaming industry. Leslie loves to go camping on the weekends or to organize poker nights with her friends.

Since this is the case you can make the whole Royal Rumble competition a lot more entertaining, if you decide to place bets. You can do this by using online sports betting operators or online casino sites that have sports wagering options. For your convenience, you can take advantage of the Apple Pay online casinos feature, which will allow you to continuously watch wrestling and win money. This can be a good deal as you will be able to make a wager and play some slots where

Ranking the best players in the Canadian Football League