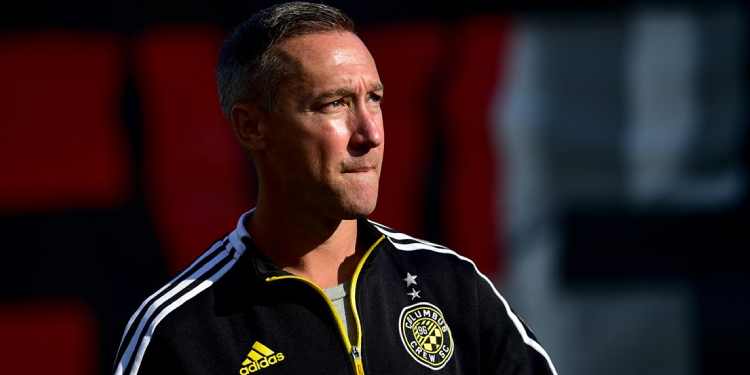 There are many football coaches who lead their team to success with their leadership skills and technique. They are just born to assemble the right team and to show them a path of achieving their goals. Yes, I’m talking about Caleb Porter who is an American soccer coach of various leagues and clubs.

We don’t find any information related to his parents or siblings. But we are working hard to collect the data of his parents as well as childhood time.

Besides, Porter went to Indiana University on where he used to play on Men’s soccer team as a midfielder which is from 1994 to 1997. He studied for a Bachelor’s degree in sports management. So, after years of playing and with spots knowledge, Porter finally graduated in 1997.

A year later, Porter was selected by San Jose Clash for the 3rd round in the 1998 MLS College Draft. However, he didn’t join the club until 1999 but later on appeared in just 4 games because his tenure was about to finish. But the overall game was excellent for the team so MLS credit him to Sacramento Geckos for the A-League for short time.

After finishing the game, he returned back to MLS to continue with them until June 2000.

Caleb Porter started his career as a midfielder football player for MLS, Tampa Bay Mutiny, Sacramento Geckos, and San Jose Clash. During his play, he was an excellent player to bring the trophy home.

But after resigning from every club, he started his career as a soccer coach from Indiana University in 2000. His leading style and overall coaching technique were quite good and the University of Akron hired him as a head coach back in 2005 after Ken Lolla left the club. He stays in the Akron club till 2010 and at that time, he was titled as 2007 MAC coach of the year.

After his tenure was over, Porter later join the National U23 Men’s team in October 2011. His performance was not that good during his coaching and brings loss to the club.

A year later in 2012, Portland Timbers selected him as a head soccer coach for the team. It was the right decision for Portland because his team manages to bring the trophy home. In addition, he was also titled as MLS coach of the year.

Likewise, Porter again coaches the MLS All-Star Game team back in 2014 on where his team won the match against Bayern Munich.

Besides, Porter stays in the timbers club till November 2017 until both of the members decided to break the connection.

Back in 2019, Porter announces that he has joined the Columbus Crew club as head coach after Gregg Berhalter resigns from his post.

Caleb Porter is happily married to his wife Andrea Porter who is his longtime girlfriend. Now the couples have two sons (Jake and Colin) and a daughter (Stella).

Caleb Porter is a successful soccer player as well as a team coach. Caleb’s net worth is estimated at more than $5 million.

It seems like Caleb Porter doesn’t use any social media accounts whether Instagram, Twitter, or Facebook. We cannot find any accounts related to the social platforms. So maybe he doesn’t want to share his personal life in public and wants to keep them within himself.