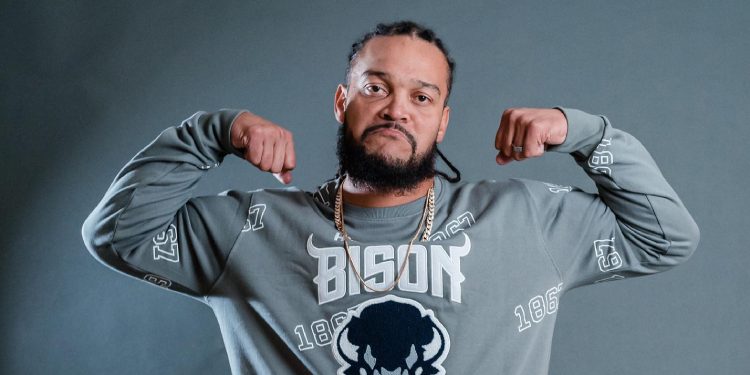 Channing Crowder is a former college and professional football player who was a linebacker, and he represented the Miami Dolphins in the National Football League (NFL).

On December 2, 1983, Channing was born to Randy Crowder and Pauline Pope in State College, Pennsylvania. His full name is Randolph Channing Crowder Jr., and he is now 38 years young.

He has an astrological sign of Sagittarius. Channing weighs around 113 kg and stands 6 feet 3 inches tall in his physique.

As for his early education, he enrolled at the University of Florida before attending North Springs High School.

Randy, his father, was also an American football player when talking to his parents. He was NFL defensive lineman who the Dolphins drafted in the sixth round in 1974. However, his mother’s details are presently missing.

Speaking of his early career, it started at North Springs High School in Sandy Springs, Georgia, where he was favorably considered a linebacker.

Channing had 114 tackles and 7.5 sacks as a senior in 2001 while also running for over 800 yards. For that reason, he was named team MVP the same year.

He joined the University of Florida and played for the Florida Gators football team following his school.

He appeared in 11 games as a freshman in 2003, starting nine. That was the most starts by a freshman linebacker in college history.

Channing was named a first-team All-SEC selection and an ESPN All-American during his sophomore season.

The Miami Dolphins picked him in the third round of the 2005 NFL Draft, and he spent his whole professional career with the team.

However, on July 29, 2011, the Dolphins released him, and on August 9, he suddenly declared his retirement from the NFL.

Hochman & Crowder, weekdays from 2–6 PM on 790 The Ticket and 560 WQAM, is his present co-hosting gig. Along with Fred Taylor and Ryan Clark, Channing co-hosts The Pivot too.

Channing is currently living a happy life with his wife, Aja Crowder, with whom he tied the knot in 2011. With her, he has three kids, two sons, Channing III and Chaz, and a daughter, Ava Crowder.

As a proud father and husband, he may be carrying the family responsibilities and also occupied with his children’s future.

His wife, Aja, is a TV reality star. She is famous for her job in a VH1 TV reality show called “Baller Wives.” In addition, during her high school years, she used to play lawn tennis.

While at Howard University, Aja was a Division 1 athlete. Apart from everything, she could be assisting her husband in household work and taking care of her kids.

Currently, there is no exact information that we could find about his net worth. Nevertheless, Channing has played football in one of the top leagues, the NFL, while still playing and in his prime. Hence, he may have earned enough for the rest of his life.

Furthermore, as mentioned above, he co-hosts multiple shows, Hochman & Crowder and The Pivot. As a result, he may be getting paid highly from these shows.

However, according to our estimation, his net worth could be between $2 and $5 million.

Similarly, he goes by the handle @officialchanningcrowder with 170 posts, 71.6k followers, and 463 followings. Follow him on these sites to stay in touch with him and see his life updates.