She played as the point guard with the San Jose Spiders in the year 2005 and then with the San Diego Siege in the year 2006. Natalie Nakase started her coaching career after her knee’s unfortunate injury, which required surgery to repair her ACL (Anterior Cruciate Ligament), which led to her retirement as a professional player. 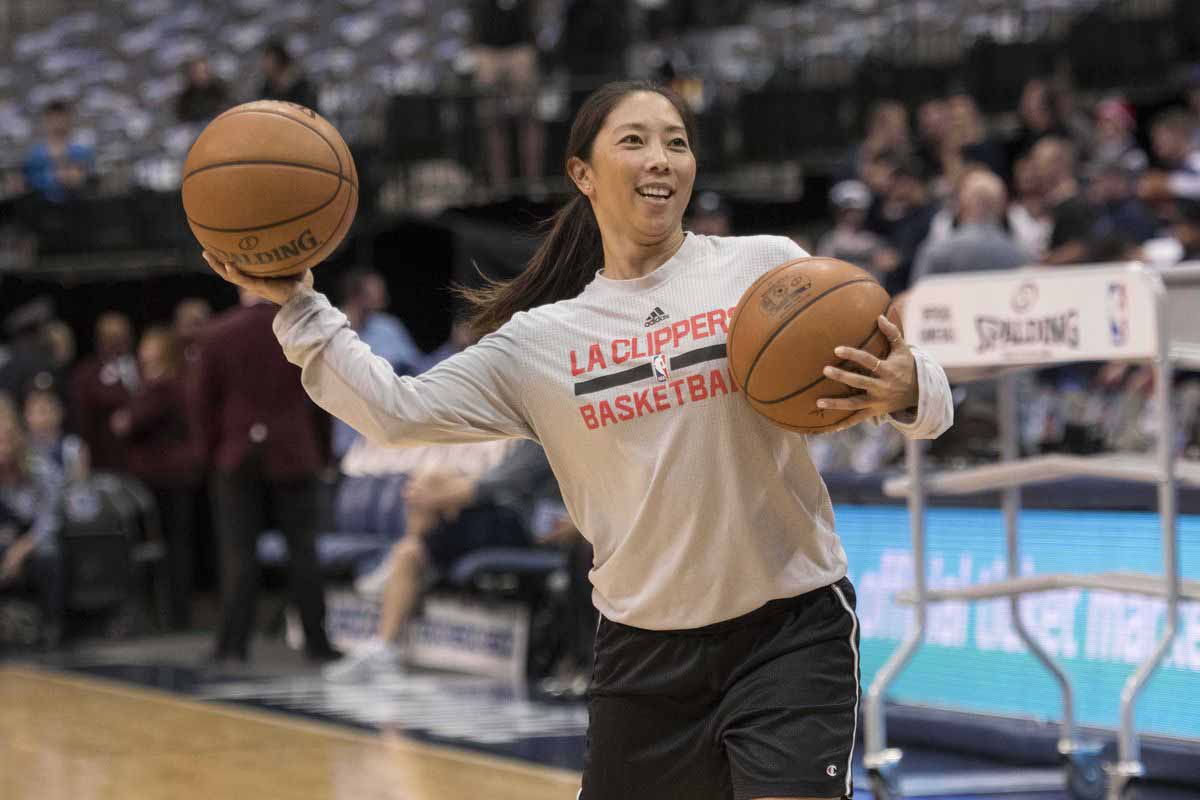 Natalie Mitsue Nakese was born on 18 April 1980 in Anaheim, California, to father Gary Nakase and mother, Debra Nakese. Both of Natalie’s parents are second-generation Japanese-Americans. She has two elder sisters, Norie Nakase and Nicola Nakese. All the three sisters were encouraged to play basketball from a young age by their father, who himself is a huge basketball fan. Besides this, Natalie is currently 40 years old with the zodiac sign of Aries.

Natalie Nakase is a third-generation Japanese-American who holds an American nationality, and she belongs to white ethnicity. She has a fit, and athletic body type is one of the top women basketball players. She stands at the height of 5 feet and 2 inches (1.57m/157cms), weighs around 55kgs (121lbs), and has a pair of dark brown eyes complementing her black hair.

Natalie visited Marina High School, a public high-school situated in Huntington Beach, California, where she played basketball for four years. She had won two league titles for her school. Natalie later attended and graduated from the University of California, Los Angeles (UCLA). She was a walk-on for the UCLA Bruins Women’s Basketball team because of her fantastic basketball performance.

Natalie Nakase is still single and has preferred to keep her love life private to herself. It is not precise whether or not she is in a relationship. 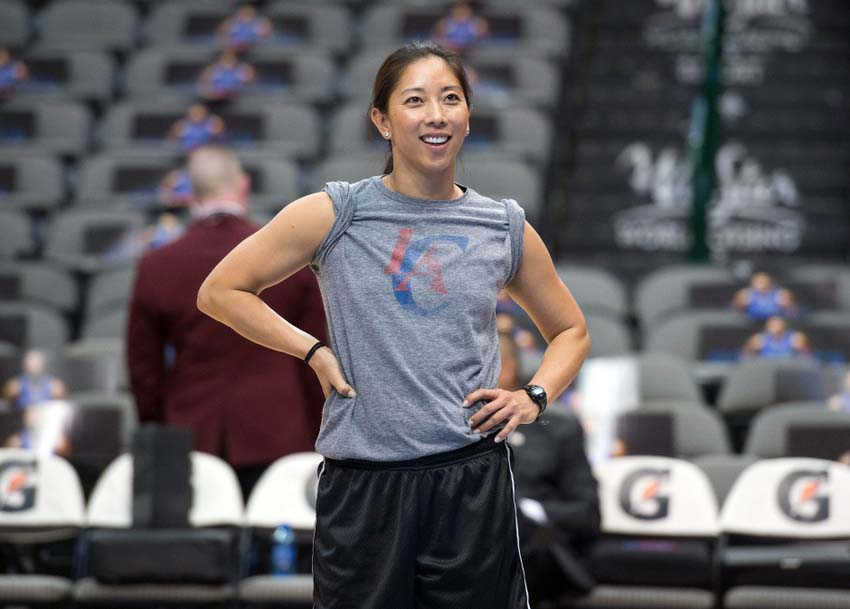 Natalie Nakase was a letterman for her school, playing basketball for over four years. She led the school team towards winning two league titles. The first title was back in 1998 when the team won their first CIF (California Interscholastic Federation) Southern Section title. She scored an average of 13.9 points and 8.6 assists during that season and got titled the Orange County player of the year in 1998 by the Los Angeles Times and the Orange County Register. She was the Sunset League leader in career assists by the end of that season and set records in career assists, steals, and three-point field goals.

College basketball programs did not prefer Natalie due to her short height. She enrolled herself in the UCLA Bruins Women’s Basketball team, a walk-on due to her previous basketball career. She played as the point-guard for UCLA, scoring at an average of 4.9 points and 3.7 assists per game. Natalie Nakase scored a career-high average of 7.9 points and 5.1 assists per game to earn herself an honorable mention as an all-conference player in the Pacific-10, a collegiate athletic conference.

Natalie played with the San Jose Spiders in the year 2005 and with the San Diego Siege in the year 2006 for the NWBL. She tried playing for the Phoenix Mercury of the Women’s National Basketball Association but got set aside. She later went on to play in Germany with Herner for a season where she faced a career-ending knee injury.

After her injury, Natalie decided to coach and abandoned her career as a professional player. Her first coaching experience was with Amateur Athletic Union (AAU). She then coached in the Damen-Basketball Bundesliga’s Wolfenbuttel Wildcats for two seasons. Natalie Nakase became the first-ever female coach in the bj-league, a top men’s basketball league situated in Japan for the Saitama Broncos in the 2011 season. 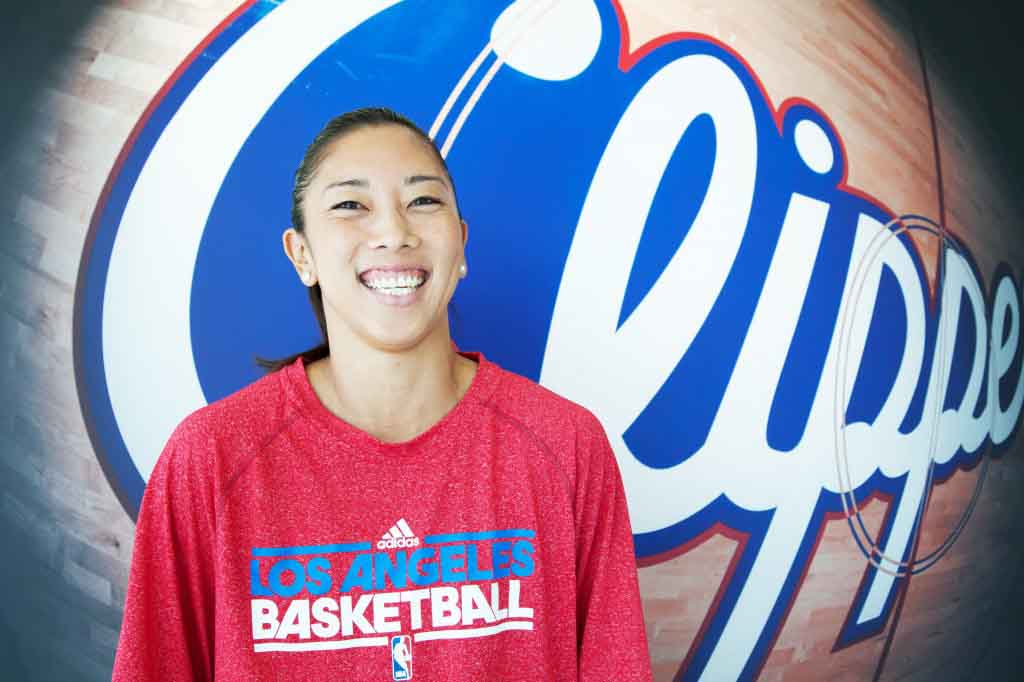 Natalie’s head coaching record got set with the Saitama Broncos, where she coached 41 games, with the team finishing tenth in the league. Natalie Nakase also created history to become the first female assistant coach in NBA history.

Natalie Nakase faced a career-ending injury, but it did not stop her from pursuing her dreams, and she achieved her goals by being the first-ever female assistant coach in the NBA. This victory earned her a lot of name and fame as well as fortune. As of 2020, Natalie’s net worth got considered to be around $1 million.