Cody Garbrandt is a professional cage fighter popularly known as mix martial artist (MMA). He ranks on the third of UFC bantamweight rankings which is a recent ranking of a UFC fighter declared on 14th July, 2020. He is a professional fighter and is famous among young people.

Where was Cody born and raised?


Garbrandt’s full name is Cody Ray Allen Garbrandt and his nickname is No Love. His nationality is American as he was born and spent most of his life in a city called Uhrichville of Ohio. He was born on the 7th of July, 1991 to his mother called Jessica. He also has an older brother named Zach. His big brother used to constantly fight since their childhood. Garbrandt’s father was a drug addict and he couldn’t spend more time with his father as he used to be in jail most of the time. His parents were separated when Garbrandt was just one year old. Garbrandt was 10 years old when he was adopted by his mother’s ex-husband. 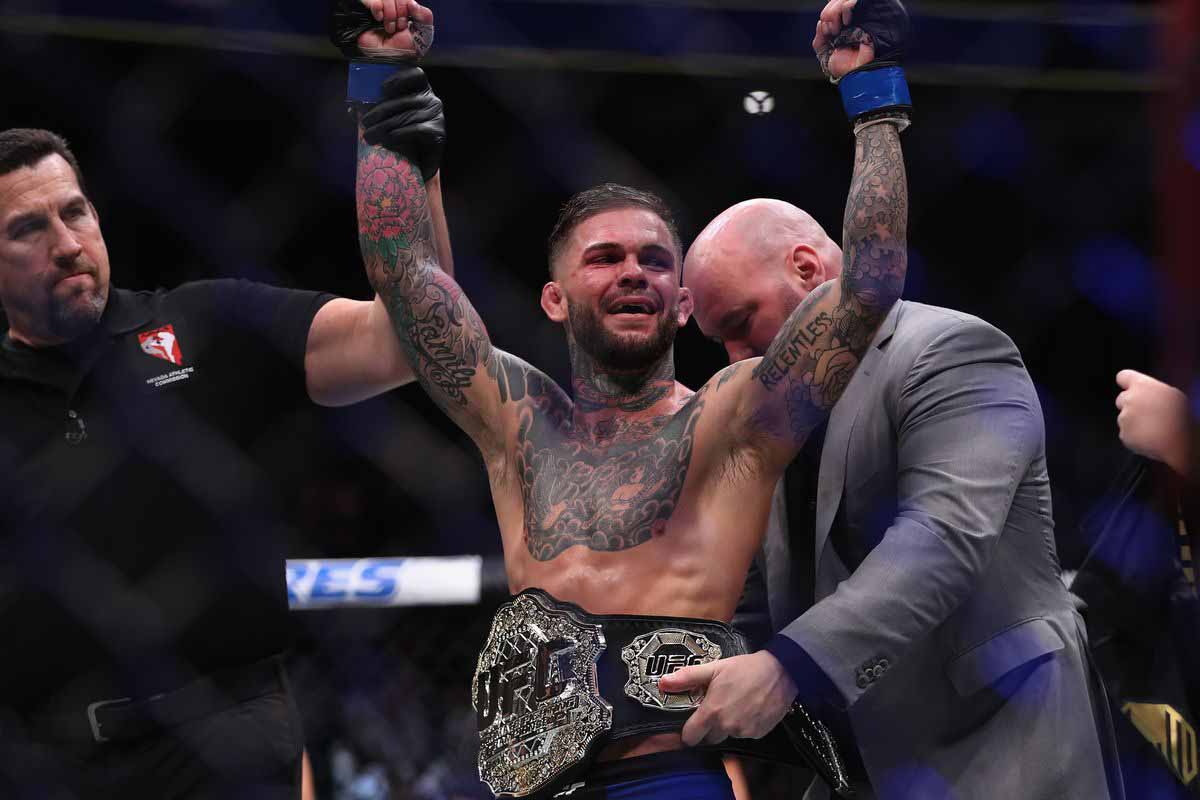 Cody Garbrandt’s uncle was an Olympic alternate, with his support and guidance he and his brother was already into boxing when they were just 4 and five years old. But their mother was worried about them as boxing leads to multiple brain damages so instead she forbid them from boxing and led them to wrestle instead. During his High school, Cody Garbrandt participated in wrestling and football competition. He defeated the opponent wrestler named Zach Neibert by 4-2 and won the state championship in 2007 during his freshman year.

In the following year, Cody Garbrandt became the runner up in wrestling which was the great start for the freshman. In football as well, he achieved All-State honors. But Garbrandt left the wrestling for boxing when he was not able to achieve the second championship after his mother’s permission. Despite being an amateur boxer Cody Garbrandt set the record of 32-0 in six years.

Garbrandt left his High school and went on to participate in a National tournament. He placed at the fifth position and received All-American honors and was able to capture the attention of different NCAA Division I (National College Athletic Association) schools. But he went on to attend the Newberry College which was an NCAA Division II school but ended up dropping out of the school once again due to his personal problems. After that, Cody Garbrandt started working as a bouncer and sometimes used to sell weed and also finished the coal mining training so that he could work in the same field as his family.

In the end, he decided to become an MMA fighter professionally when he was helping with the wrestling during different MMA camps. 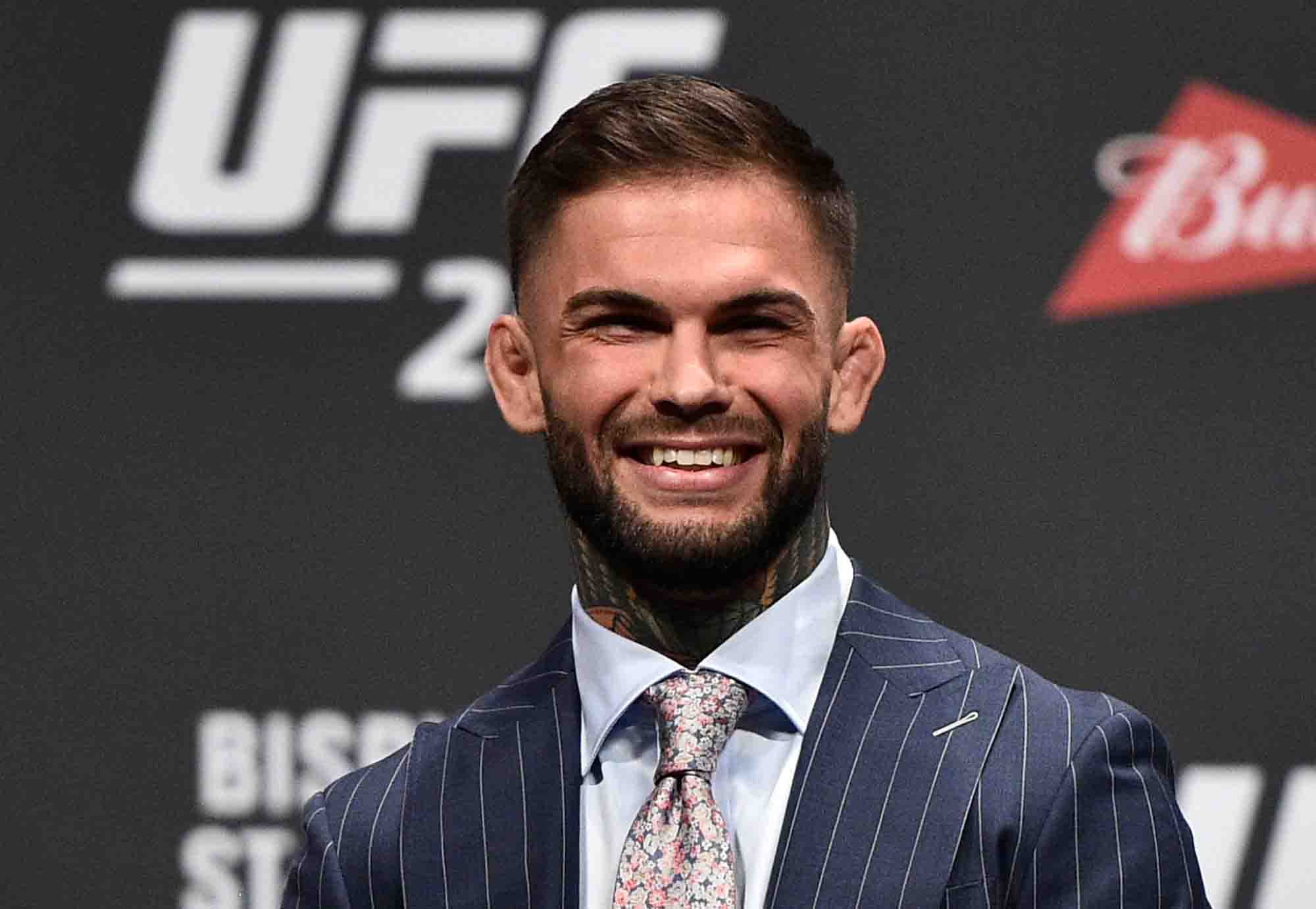 How did Garbrandt start his career?

Garbrandt’s early career as an MMA began in 2009. In 2012, he was able to make his professional debut by setting the record of 6-2 as an amateur MMA. His have set the professional record of 12-3 among which he defeated his 10 opponents by strike. Cody Garbrandt moved to Sacramento, California for his further training as Team Alpha Male after he defeated James Porter in May 2014. The same year on October, he signed the contract with Ultimate Fight Championship (UFC).

After signing the contract with UFC, his professional career began and made his promotional debut at UFC 182 on 23rd January 2015. His first fight was against Marcus Brimage to which he defeated in the third round by TKO.

Again in the same year, Cody Garbrandt defeated his opponent Henry Briones on 11th July by unanimous decision at the UFC 189. The following year on 21st February 2016, Garbrandt was scheduled to fight the John Lineker but the opponent contracted Dengue fever during the fight week. So, he was replaced with Augusto Mendes and was defeated by Garbrandt in the first round by TKO at UFC Fight Night 83.

On 29th May of 2016, Garbrandth won his first Performance of the Night championship at UFC Fight Night 88 after defeating the fellow undefeated opponent Thomas Almeida in the first round by knockout. The next month in August, he again won the fight against Takeya Mizugaki in the opening minute of the first round at UFC 202.

On 30th December 2016, Garbrandt won against the Bantamweight Champion Dominick Cruz at UFC 207. He won the fight in the fourth round by unanimous decision. For their performance, they both won the Fight of the Night award.

On 4th November of 2017, Cody Garbrandt had his first loss as a professional MMA in UFC 217 against T.J. Fighter 25 who was the former UFC Bantamweight champion in the second round by knockout. He couldn’t win the UFC Bantamweight Championship that year. They had their rematch again on 4th August 2018 for the UFC Bantamweight Championship. Garbrandt again lost against T.J. Dillashaw in the first round by TKO. He again lost to Pedro Munhoz at UFC 235 in the first round by knockout. On 6th June 2020, during the match of Cody Garbrandt Vs Raphael Assuncao at UFC 250, cody won the match by knockout for which he received the Performance of the Night award.

Garbrandt’s next fight is scheduled to be at UFC 255 against Deiveson Figueiredo on 21st November in 2020. He has decided to move down from the Bantamweight division to the flyweight division. 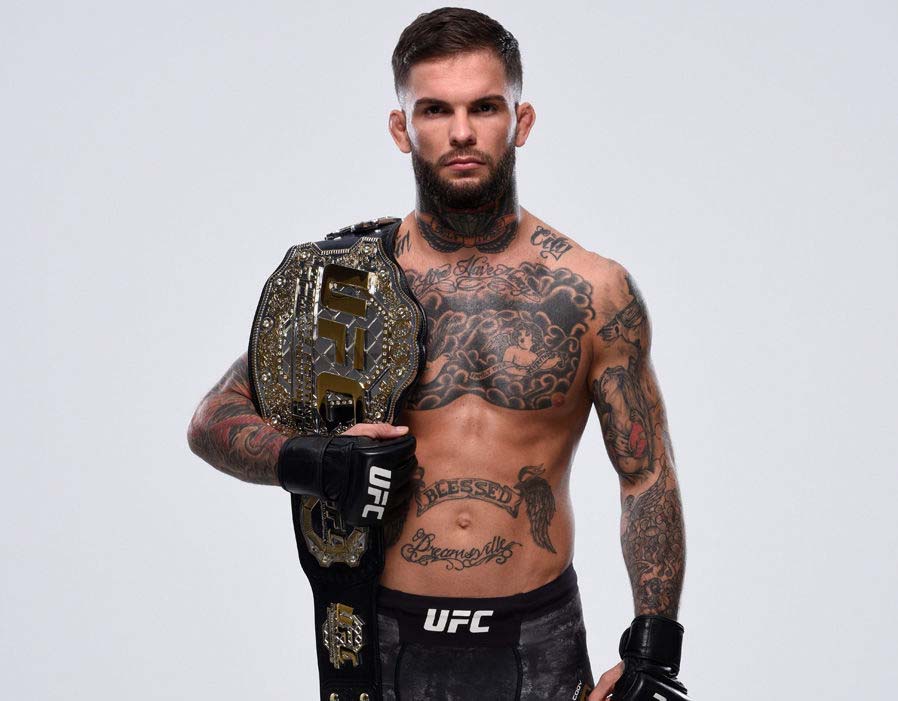 
Cody started dating Danny Pimsanguan whom he met during his MMA promotion. On 2017 in the month of July, they got married and gave birth to their first son named Kai Fisher on March of 2018.

Cody Garbrandt published the book of his autobiography called The Pact on 8th May of 2018. The whole book is written about Gabrandt and his deep connection with his friend who survived the Leukemia named Maddux Maple. He also portrayed life during his childhood in Ohio and his journey and pact with his friend Maddux.


Cody Garbrandt’s net worth is estimated to be 1 million dollars as of 2020.

For full biography about your favorite MMA fighter, please check out Sportscovering.