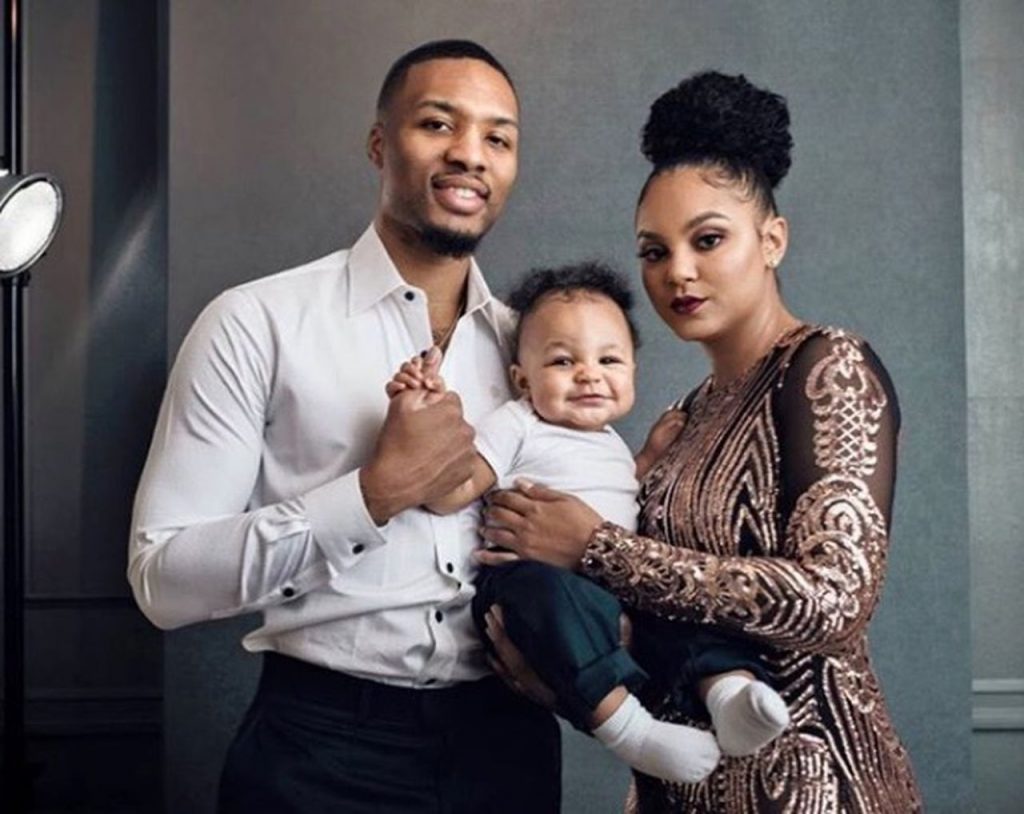 Kay’la Hanson (Lillard) is the wife of Damian Lillard who is a professional basketball player. He is currently playing for the Portland Trail Blazers of the NBA (National Basketball Association). Besides, Damian is a 6 times NBA All-Star, All-NBA First Team, 4 times All NVA Second Team, All-NBA Third Team, 2t times Big Sky Player of the year, 3 times First-team All-Big Sky.

Damian and Kay’la have been in a long-time relationship which is from college. It was that moment when Damian thinks she is the one who has been by his side all the time and decided to take her hand for eternity.

So, today we will talk about Kay’la Hanson’s early life, age, career, relationship with Damian Lillard, net worth, and active social media accounts.

Kay’la Hanson was born on 8 November, 1991, in Las Vegas, Nevada, United States. She belongs to the black ethnicity and holds an American nationality. More, Hanson is 5ft 5 in (1.65m) tall in height and weighs around 62kg (136lb).

There was no information about her parents to whom she was born and grew up. Similarly, we also don’t have data about her siblings whether she has one or not. But we are working on it to collect more info about her family and will update it as soon as possible.

Aside from that, Hanson went to Legacy High School in her hometown. After graduation back in 2012, she joined the Weber State University in Utah. We don’t know about her major subject in her college but it was the time when Kay’la met Damian for the first time.

Along with that, Kay’la is also studied nursing at Nightingale College located in Salt Lake City, Utah according to her Facebook bio.

There is nothing much more regarding the career of Kay’la Hanson. She pursues her career as a nursing student from college but there is no any data about her continuing in the nursing field.

Instead, Hanson chooses to start her own beauty salon business. So, she opens a salon shop called “Dipped” which is located in Lake Oswego, Oregan. It is the same place that Damian is currently living and pursuing his career.

Kay’la thought that it would be much better she started her business near her husband’s location so that she get support if anything happens in the future.

Other than this, there is no sign of career data about Kay’la Hanson as of now.

Kay’la Hanson is happily married to her husband Damian Lillard who is a professional basketball player. The couple met back at Weber State University and since then they fell in love and started dating.

After a long time in a relationship, Damian proposed to Kay’la during All-star Weekend located in Chicago. It was unbelievable for Hanson to be asked in such as big event. So, she said yes and got engaged.

Recently, Kay’la and Damian tied their knot in September 2021 at a beautiful wedding located in Santa Barbara, California.

Kay’la Hanson is earning a good fortune through her beauty salon business. So, her net worth is estimated at $1million according to various internal sources.

On the other side, Damian Lillard’s net worth is estimated around at $70 million.

Kay’la Hanson is quite active on her social media account. She has a personal Facebook account where you can mostly see posts about her and family members.

Other than this, Kay’la even has a personal Snapchat account with the username “Kayhanson”. So, you can add her through that name and get to know her even more.

For Full biography about your favorite NBA player Wife, please check out Sportscovering.