Israel Adesanya is a professional MMA fighter. He is also a former boxer and kickboxer. Israel is currently active under the “Ultimate Fighting Championship” (UFC). He is also the “UFC Middleweight Champion.” Israel has an undefeated record of 20 matches with zero losses. He has also won the winner of the “Glory Middleweight” and “King in the Ring” in both the heavyweight and cruiserweight category when it comes to kickboxing.  His ranking is also number three in the list of “UFC Men’s Pound-for-pound Rankings.” He is popular for his striking skills in MMA fighting. The birthplace of Israel Adesanya is Lagos, Nigeria. He came into the world on July 22nd, 1989. His father’s name is Oluwafemi. He is an accountant. His mother’s name is Tawo. She is a nurse.

Israel Adesanya went to “Chrisland School.” There he joined the “Taekwando.” It was an after school club. After he faced an injury, his mother stopped his Taekwando classes. He also shifted with his family to Ghana in 1999. Israel stayed there for 10 months. Israel moved to New Zealand to get a quality education. He was ten years old during that time. There, he went to “Rotorua Boys’ High School.”

Israel Adesanya was not active in sports till his high school days. Israel was more passionate about Japanese anime like Naruto and Death Note. After he was not able to withstand all the bullies in his high school days, he decided to go attend training for the MMA. Israel got the inspiration to start kickboxing when he watched the movie “Ong-Bak.” His amateur kickboxing record was “32-0” before moving to China. He shifted to Auckland to begin his “MMA” training. Israel started his training under coach Eugene Bareman in “City Kickboxing.” Israel received wrestling training from Andrei Paulet.


Israel Adesanya won his first seven kickboxing matches in 2010. He defeated Tim Antonio through a unanimous decision. He succeeded to win the other six matches. Israel even succeeded to book his spot in the “Kunlun Fight” in the category of 80 kg in 2014. He lost the match in the semifinal against Simon Marcus through the split decision in the tournament. Adesanya began his “Glory” journey during “Glory 15.” He faced Filip Verlinden in the first match. He lost the match. They went for a rematch which Israel won through a unanimous decision. 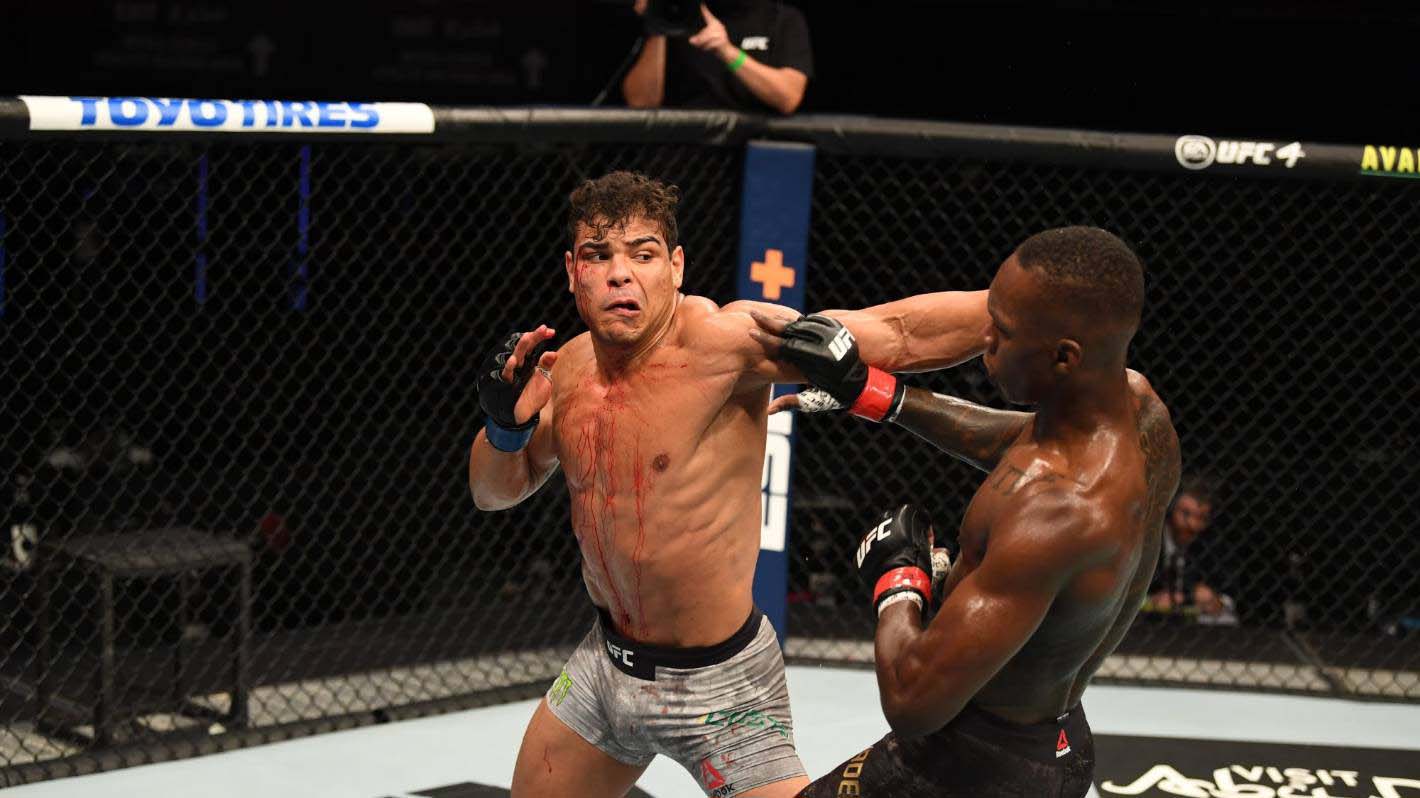 Likewise, Israel Adesanya won the “2016 Glory Middleweight Contender Tournament.” He fought against Yousri Belgaroui through the split decision. Israel also defeated Robert Thomas through the unanimous decision in the semifinals. Israel won the match against Jason Wilnis for the “Glory Middleweight Championship.” It was during the “Glory 37: Los Angeles.” He won the match through a unanimous decision.   His last match as a kickboxer was against Alex Pereira during “Glory of Heroes 7. He succeeded to win the match through knockout in the third round.

The professional boxing career started in November 2014. The match was against Daniel Ammann. The victory opened his door to the “Super 8: Boxing Tournament” as a wild card contestant. It was in the category of “cruiserweight.” He lost the match in the quarterfinals. He also participated in the “Super 8 Tournament” in May 2015. Israel succeeded to win the match against Asher Derbyshire through knock out in the second round. He won the cash prize of New Zealandia “$25,000” and a brand new car.  Israel defeated Brian Minto through a split decision for the title and the prizes. He also participated in the “2015 Super 8 Cruiserweight “ tournament. Israel won the final match of the tournament against Zane Hopman through a unanimous decision. 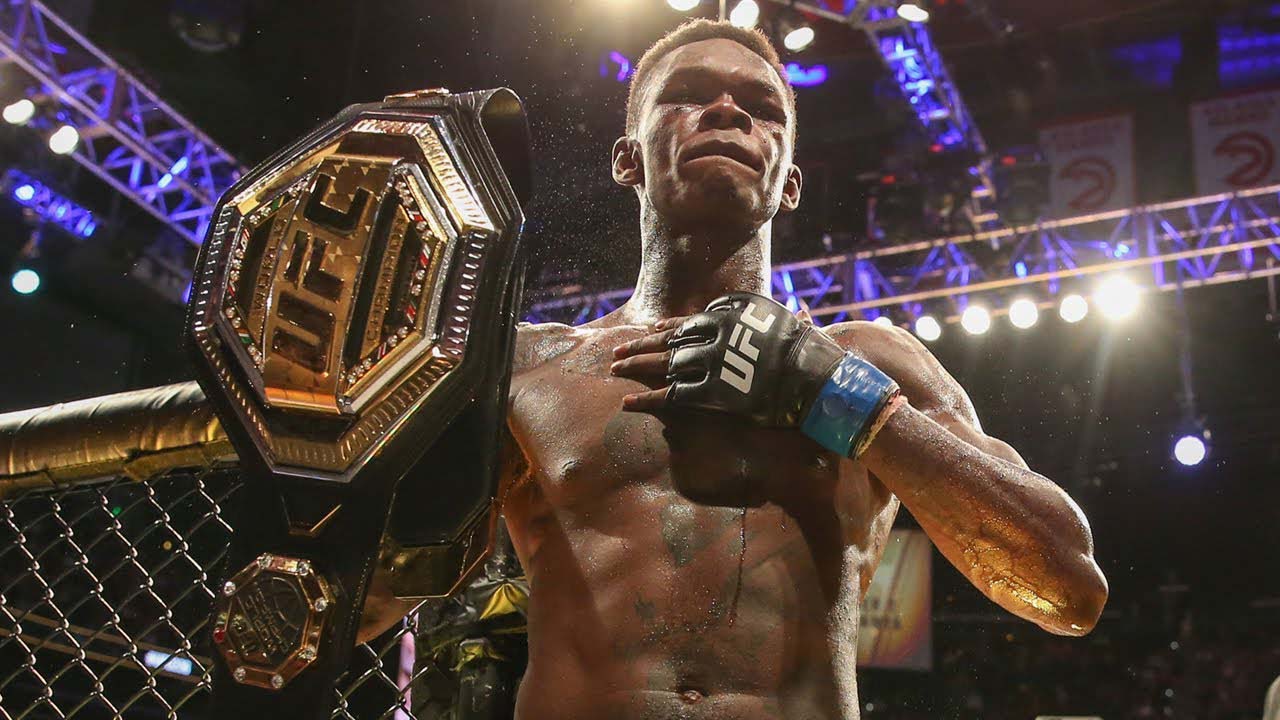 Likewise, the professional journey of Israel started in 2012. It was the match against James Griffiths through technical knockout. He also won the fight against John Vake through TKO. Then, he took a gap of two years gap before playing another match. He came back to continue his MMA career in 2015. He succeeded to win another match against Song Kenan also through TKO. Then, he appeared in most of the Chinese matches.

Moreover, Israel Adesanya signed a contract with the “Ultimate Fighting Championship” (UFC) in December 2017. He fought his first match against Rob Wilkison during “UFC 221” on February 11, 2018. Israel won the match in the second round through technical knockout. He even succeeded to win the “Performance of the Night” for the match. Israel also won the match against Brad Tavares through a unanimous decision during “The Ultimate Fighter 27 Finale” on July 6, 2018. He even received “Performance of the Night” for his performance.

Israel fought Robert Whitaker during “UFC 243” for  “UFC Middleweight Championship” on October 6, 2019. He won the match in the second round through knockout. Israel also won the “Performance of the Night” award for the fourth time.  He defeated Yoel Romero through a unanimous decision during “UFC 248” on7th March 2020. Israel won the match against Paulo Costa in round two through technical knockout during “UFC 253” on September 27, 2020. He even won “Performance of the Night” for the match. His next match is against Jan Blachowicz on March 6, 2021. It is for the “UFC Light Heavyweight Championship” at “UFC 259.”

Israel Adesanya seems to be very much conscious about his personal life. He loves to keep his private life to himself. There are not many details of Israel available.

The figures of the net worth of Israel Adesanya is not clear. According to his lifestyle and achievements, he must have an approximate net worth of more than $2 million.


The full name of Israel is Israel Mobolaji Temitayo Odunayo Oluwafemi Owolabi Adesanya. The nationality of Israel is Nigerian and New Zealander. His current age is 31 years. He has an attractive height of 6 feet 4 inches along with a complimentary weight of 84 kg. The ethnicity of Israel is African American.