Jessica Eye is a professional MMA Fighter from America. She is active in the “Ultimate Fighting Championship” (UFC) in the category of “flyweight.” Jessica is famous for her defense, fast pace, and agility. She holds the number 7 ranking in the list of “UFC Women’s Flyweight Rankings” on 22nd December 2020. 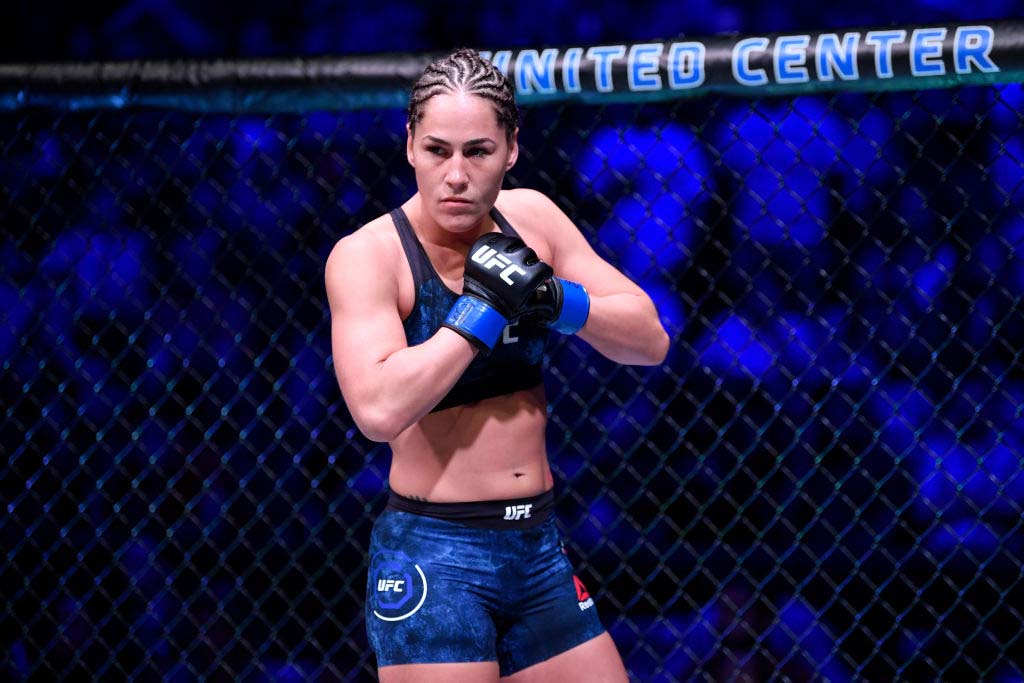 
The birthplace of Jessica Eye is Akron, Ohio. She came into the world on 27th July 1986. Her father’s name is Randy Allen. Her mother’s name is Joanne Eye. She has three siblings. Her brother is Randy Miles Eye and her half-sister is Heather Carlisle-Hunter and Jennifer Carlisle-Brunner.

Jessica Eye had to face the separation of her parents when she was only six years old. Her childhood was not a happier one. Her father was abusive. The police arrested her father and even charged him with a case of domestic abuse and child endangerment. She was only 14 years old during that time. Jessica penned this incident in an article for “The Players’ Tribune” on 4th June 2019. She even suffered from a back injury when a drunk truck driver hit her and her father. Jessica was sixteen at that time. This compiled her bed rest for three months. She became more attracted to MMA after the incident.

Jessica Eye went to an elementary school in Virginia. She completed her high school at Rootstown High School in 2005. Jessica also went to the “University of Akron” but didn’t finish her four-years course.


The amateur career of MMA of Jessica Eye started in June 2008. She won 5 matches during that time. Jessica won the “North American Allied Fight Series” (NAAFS) n amateurs category on 5th December 2009. She started her professional MMA journey from the “North American Allied Fight Series” in Ohio in June 2010. Jessica defeated Amanda LaVoy through TKO in the second round. 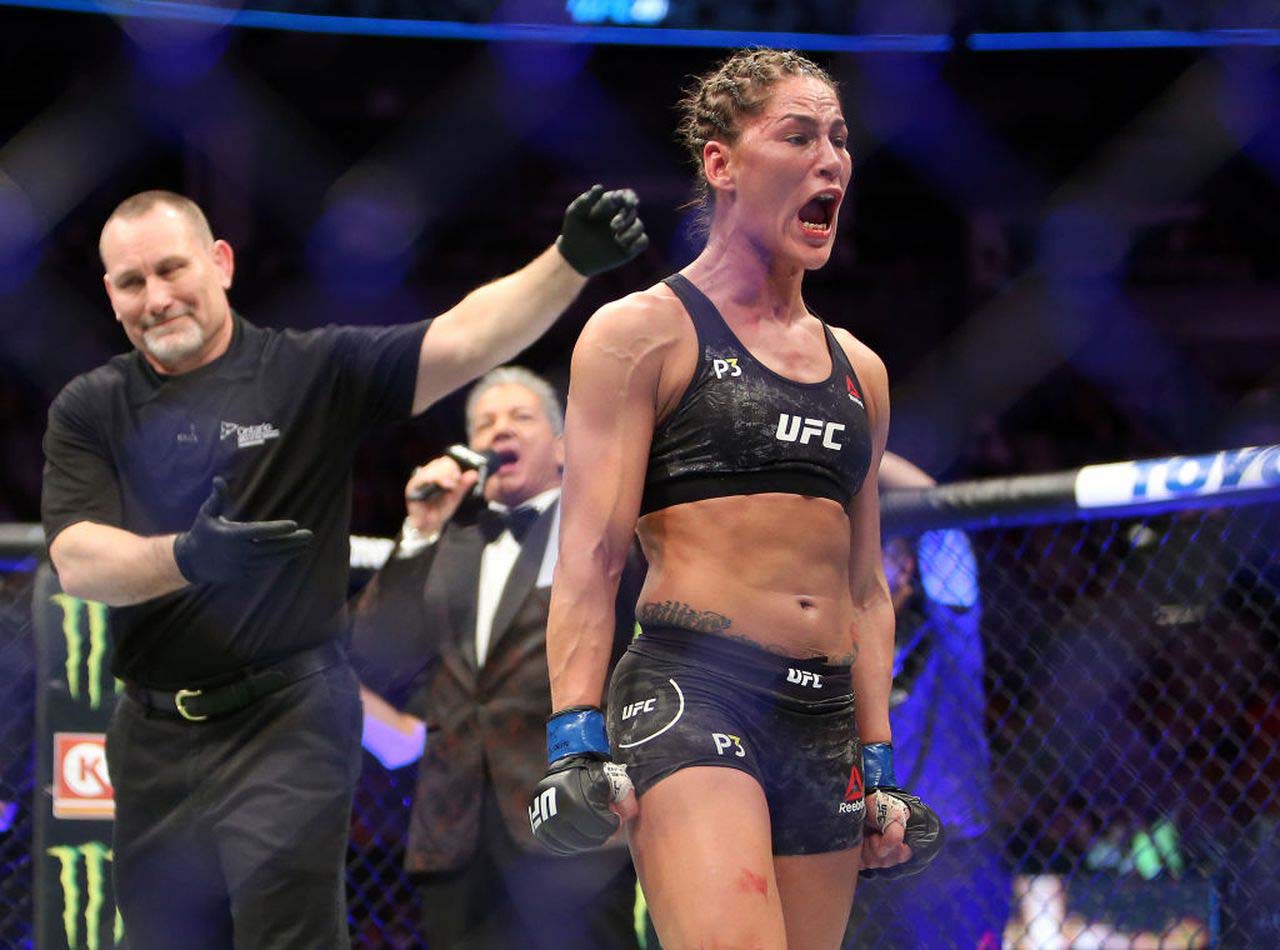 Likewise, Jessica Eye won the “Ring of the Combat” (ROC) in the category of 130 pounds on 4th February 2011. She defeated “Ashley Need” through TKO for the title. Jessica lost her first match during the “NAAFS professional women’s Flyweight Championship” on 4th June 2012. It was the match against Aisling Daly. She won another match against Magana through a unanimous decision during an “NAAFS: Rock N Rumble 6” on 17th August 2012.

Moreover, Jessica signed a contract with “Bellator Fighting Championship” and a pair of after losing her first match. She fought for the first time in the championship against Casey Noland during “Bellator 51” in September 2011. Jessica won the match through the split decision. Her next was against Aisling Daly but Aisling had to withdrew due to an ear infection. Then, Jessica fought Anita Rodriguez on 20th April 2012. She won the match against Zoila Frausto Grugel during “Bellator 83” on 7th December 2012. Jessica used the “standing arm-triangle choke” and won the match in less than one minute.

Jessica Eye also had to withdraw for the first time from a match against Munah Holland during “Bellator 95” on 4th April 2013. She suffered from a back injury during a practice session. But she was back on the track of victory after her comeback. Jessica won the match against Carina Damm through a unanimous decision during “NAAFS: Fight Night” on 1st June 2013. After the women’s division dissolved in the NAAFS, the brand released her on 13th August 2013.

Then, Jessica Eye joined the “Ultimate Fighting Championship” (UFC) in the category of “Bantamweight Division” in August 2013. She fought Sarah Kaufman through a split decision during “UFC 166” on 19th October 2013. But the “Texas Department of Licensing and Regulation” converted the outcome of the game into “no decision” without giving a valid reason in February 2014. There was a revelation that she had failed a post-drug test. Jessica had tested positive for “marijuana.” She had to receive a suspension for a year along with a fine of $1,875.

Jessica Eye faced Miesha Tate during “UFC on Fox: Dillashaw vs. Barao 2” on 25th July 2015. She lost the match through a unanimous decision. Jessica also lost another match through a unanimous decision against “UFC Fight Night 88” on 29th May 2016. Jessica lost the match against Bethe Correia during “UFC 203” through the split decision on 10th September 2016. 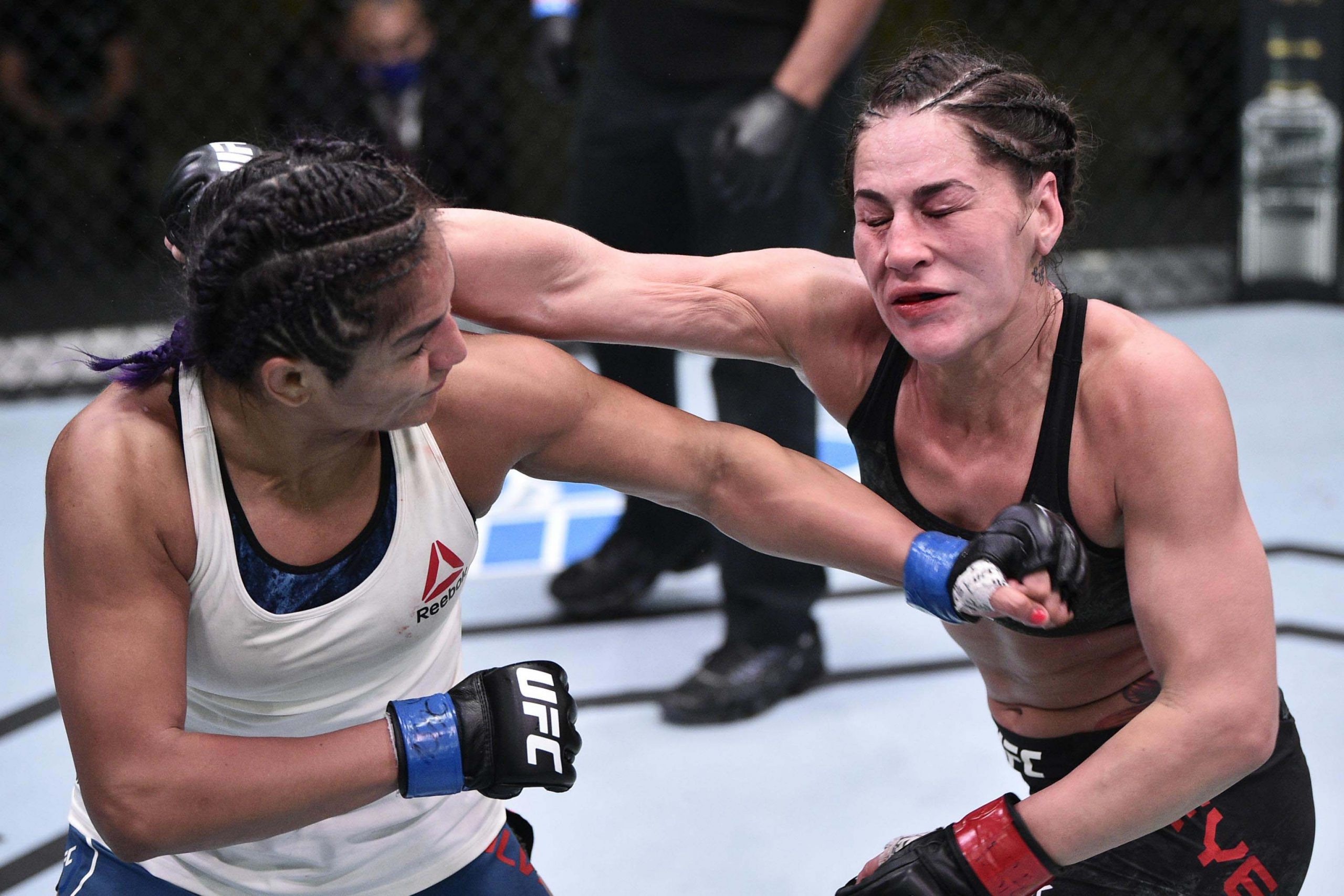 Likewise, Jessica decided to take a gap from the UFC tournament for a year. Jessica only played the match against Miesha Tate during the “Submission Underground Show” on 11th December 2016. She had lost the match. There was an announcement that she would compete in the flyweight division in May 2017.

Jessica fought Kalindra Faria during “UFC Fight Night”: Stephen vs. Choi” on 14th January 2018. It was her debut match in the “flyweight” category. She won the match through a split decision. Jessica fought Katlyn Chookagain during “UFC 231” on 8th December 2018. She won the match through “UFC 231.” Her rankings in the list of “UFC Flyweight Rankings” reached number one in the same year.


Jessica Eye is active on social media platforms. She goes with the name of “@jessicaevileye” on Instagram with 168K followers and “Jessica Eye” on Twitter with 87.1K followers. Her Facebook page ‘Jessica “Evil” Eye’ has 143K followers.

Jessica Eye has been part of the sports fraternity for more than ten years. She has won a lot of tournaments and championships. There are no exact figures of her net worth available. According to her lifestyle and achievement, her net worth seems to be around $1 million.


The full name of Jessica is Jessica Jo-Anne Eye. Her nationality is American. The current age of Jessica is 34. She has an average height of 5 feet 6 inches along with a complimentary weight of 56.81 kgs. Her ethnicity seems to be white.