Matthew Nagy commonly known as Matt Nagy was born in Dunellen in the city of New Jersey in the year 1978 on 24th April. His mother Gail Stouch and father Bill Nagy got divorced in the year 1981 so with his mother, he transferred to Pennsylvania. Matt Nagy grew up playing football and basketball. He was very attentive and competitive towards the games.

Matt Nagy joined the Manheim Central High School and participated in football and basketball. Under his leadership, the team reached the semifinals in Pennsylvania Interscholastic Athletic Association (PIAA) winning against Berwick Bulldocks in the year 1994. The Manheim Central won 26 games making them No.1 in Class AAA ranking and also in USA Today’s national rankings they ranked No.17.

In the following year, During the final seven matches, Matt Nagy was able to make a throw of 1928 passing yards and 21 touchdowns also he made six touchdowns and ran 358 yards. His team made an average of 48.3 points and an overall of 5000 total offensive yards in each final match. However, his team lost the game against Berwick by 18-17 in the semifinal. In the senior year of high school, Matt Nagy was named the Lancaster County Most Valuable Player. 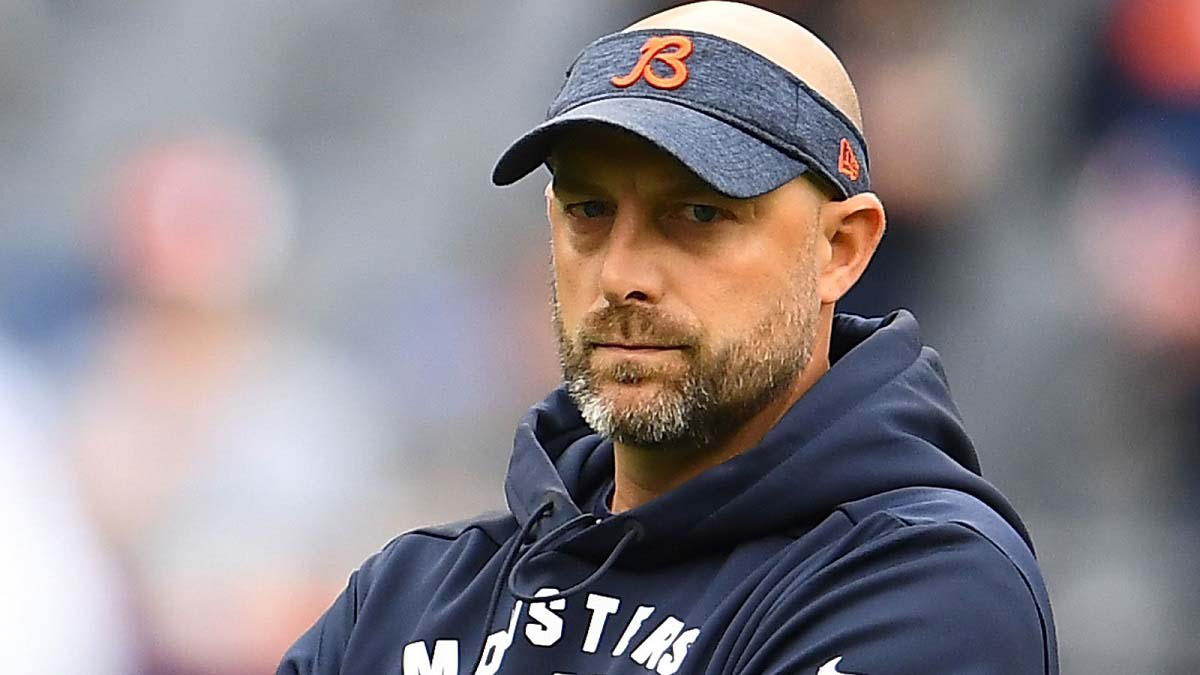 Although Nagy had a quite successful career during his high school year, he did not receive much offers from the NCAA Division I-A which is the top American Football school. Nagy received the scholarship from the Division I-AA schools like Delaware and New Hampshire. Starting the year 1997 to 2000, Matt Nagy played as a Delaware Fighting Blue Hens so out of thirteen the team was able to make 30 passes in the eight games.

Matt Nagy was redshirted during his freshman year and he served as the backup of her fellow quarterback Jinn. Nagy replaced Jinn in the NCAA Division I Football Championship called I-AA playoffs as Jinn was hurt in the first round of the match. During the match as a starter, Matt Nagy was able to complete the passes 9 out of 15 passes for 125 yards thus Blue Hens was able to win by 16-7.

But the team again lost against McNeese State in the semifinal. During all the seasons, Nagy and the team went on to winning and losing the games so at the end of the season Nagy set the school records by making a total of 3436 passing yards. In 1986, Nagy also became the university’s first All-American quarterback after Rich Gannon.

Matt Nagy graduated the high school with a bachelor’s degree in health and physical education (PE). In his college career, he ended up setting the best record in team history of 58 touchdowns, 8241 passing yards, and overall 146.74 ratings. 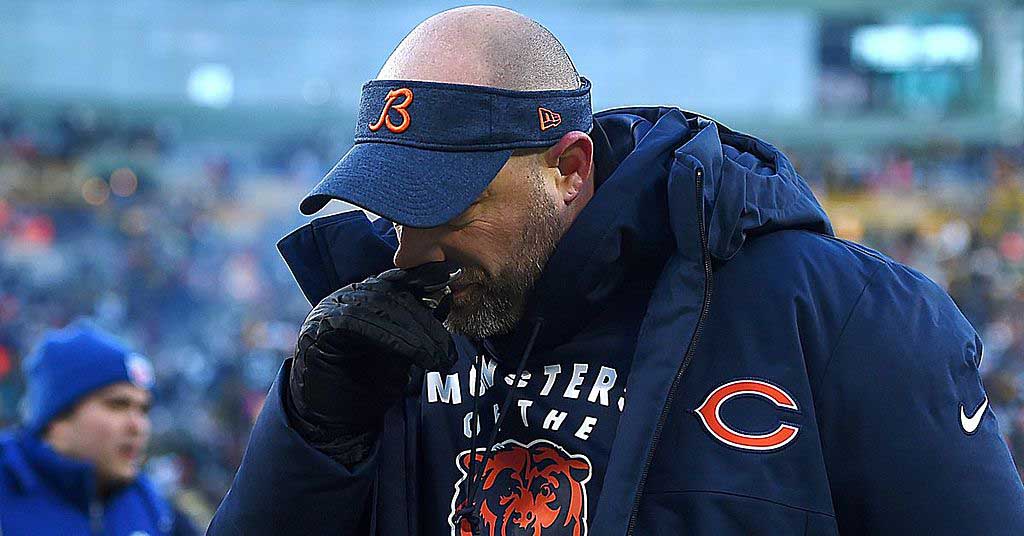 After his college graduation, Nagy tried in different teams like New York Giants, Green Bay Packers, Dallas Cowboys and other professional teams for the 2001 NFL Draft but ended up getting rejected in all of them. At that moment of time, he felt giving up on playing football.

Since Nagy was not able to make NFL debut, he was able to attract the attention of head coach John Gregory of the New York Dragons and made the first AFL debut in the 2002 season after making three years contract. During the time with Dragons, he was able to play six games making a total of 27 touchdowns, five interceptions, and 1242 passing yards. He was not able to play in the offseason as he hurt his leg during the game.

On the year 2004, 27th October, Nagy signed the contract with Georgia Force. In the team, he was backup for the quarterback Tony Graziani. But during the season 2005, Graziani suffered from the knee injury so Nagy filled up his space. In that season, Nagy was able to make start 12 games and his team was able to win 11-5. That season, Nagy earned the title Offensive player of the Game.

In the following seasons, Nagy and his team made the victory in each game. In the final year, Nagy broke the records by completing the 4265 passing yards, 85 touchdowns,327 attempts out of 527, and the ratings of 125.5. He became Georgia’s record holder for making overall 7268 passing yards, 151 touchdowns, and 632 completions. After that, Matt Nagy was traded off to Destroyers and he played a total of six seasons with them. During the play with Destroyers, Nagy made a total of 358 passes out of 576 attempts for 4440 yards, eight interceptions, and 74 touchdowns in the final season.

In the year 2008, Due to the Great Recession, the AFL was folded and so does the Nagy’s career. 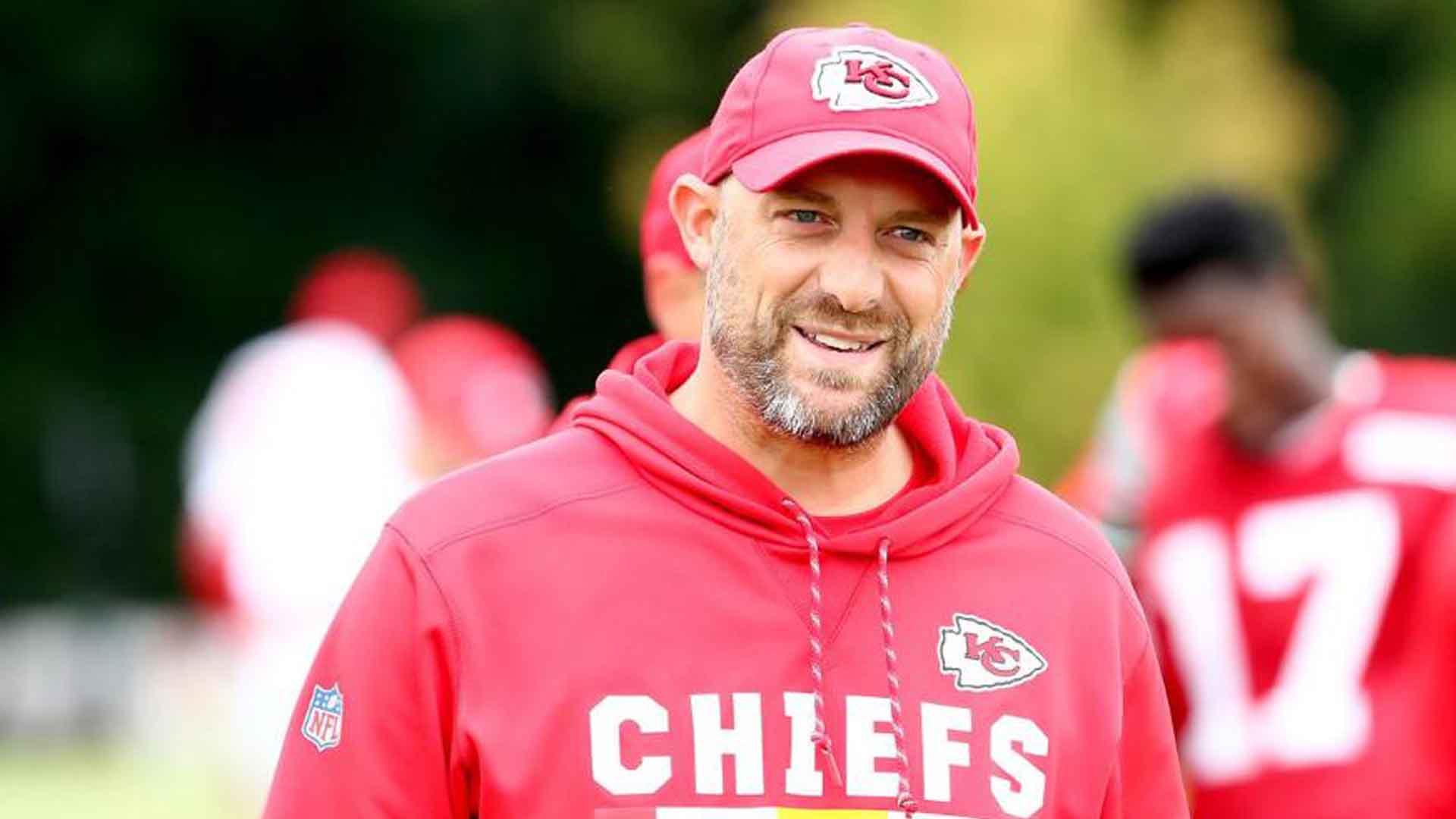 Nagy started coaching the Manheim High School in the following year 2001. He was invited from many schools for the coaching position. He also worked as the offensive coordinator in Palmyra Area High School.

During the following year, Nagy became the assistant for the NFL game of the Eagles and was promoted to co-offensive coordinator of the Eagles in 2012.

Matt Nagy got married in 2002 to his high school friend Stacey. Nagy is close to both his parents although they were divorced. His father is also a former coach for American football in a defensive line. He worked as a businessman after leaving his coaching career and again went on to teaching careers.