Pete Carroll’s full name is Peter Clay Carroll. He was born on 15th September 1951 in the city called San Francisco of California to a family Rita and James Edward. He was an athlete since he was small and he studied in the Redwood High School of California. During his time in high school, he used to play football as a quarterback as well as a defensive back and wide receiver. Pete Carroll also used to play basketball and baseball. Due to that, he received the Athlete of the Year honor in 1969 from his school. 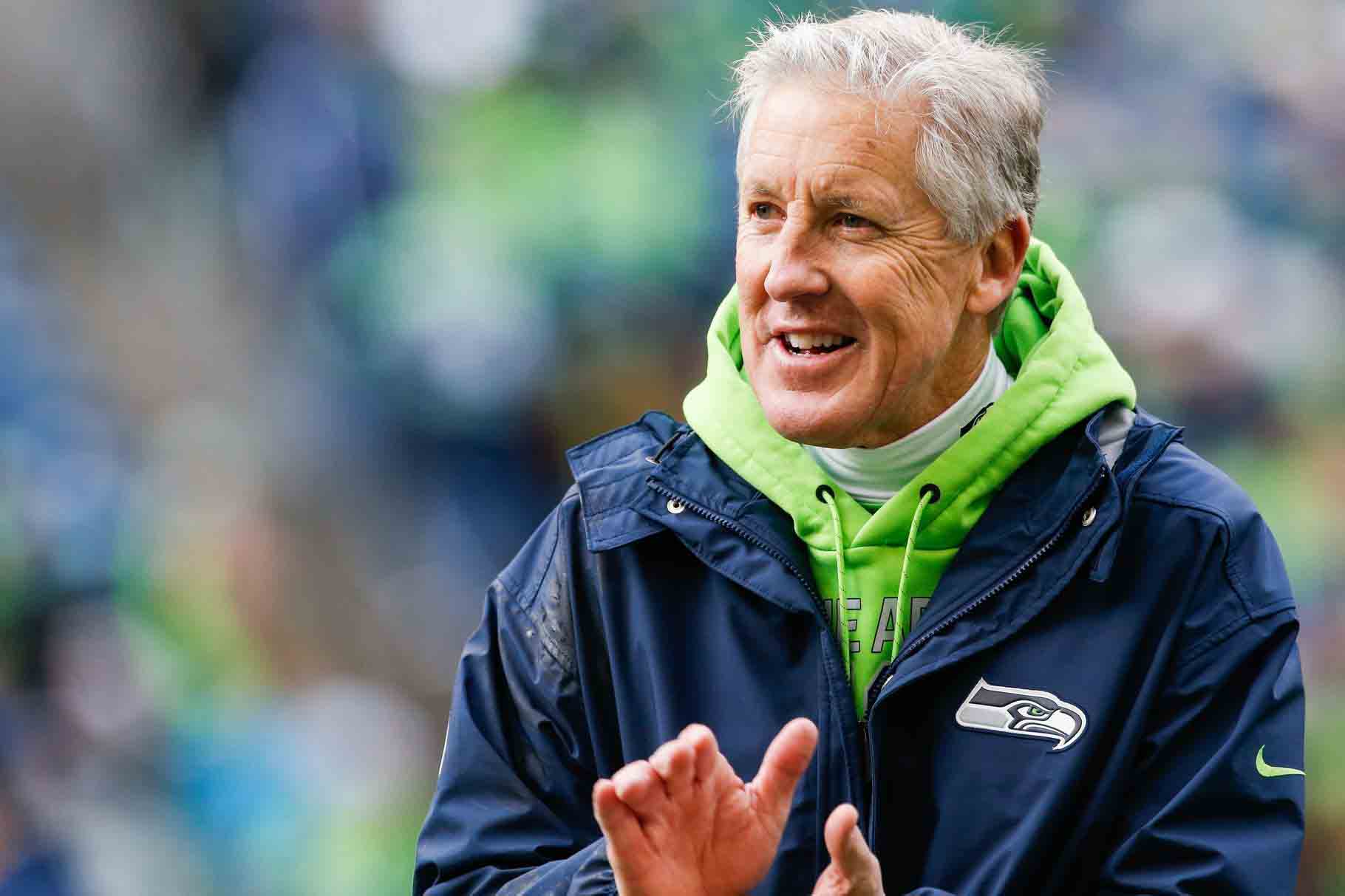 Pete Carroll joined the College of Marin after finishing high school. For two years, he played football there and transferred to the University of the Pacific. He used to play as a free safety in the team called Tigers and he earned two Pacific Coast Athletic Conference honors in the year 1971 and 1972 respectively. In the year 1973, he graduated from the University with a major Bachelor of Science in Business Administration.

Pete Carroll started as a graduate assistant in the Pacific Tiger football teams. He joined the Pacific as a graduate student and earned a Master’s degree in physical education. The head coach of the Pacific was impressed by his positive and energetic personality. He worked with the secondary defenders and wide receivers and worked as an assistant for three years. In 1995, he was also listed in the Pacific Athletic Hall of Fame along with the other assistants.

During the year 1984, Carroll left the Pacific went onto become the coach for defensive backs in the NFL of Buffalo Bills. Since then, he tried the position as head coach two times but ended up losing the position. Finally, in the year 1994, he became the head coach of the Jets but he got fired after the Jets lost in the first season. After that, he again became the assistant coach in the San Francisco 49ers and again became the head coach of the New England Patriots but was fired again in the next season of the game.

In the year 2000, Carroll signed the five-year contract with the Trojans. He became the head coach for the Trojans. His position as the head coach in Trojan was criticized by many people around the country and even made the songs regarding the downfall of the Trojans. However, the Trojans had the slow beginning during the game but ended up winning the 67-7 in the next 74 games. And they also won two national championships during that season. 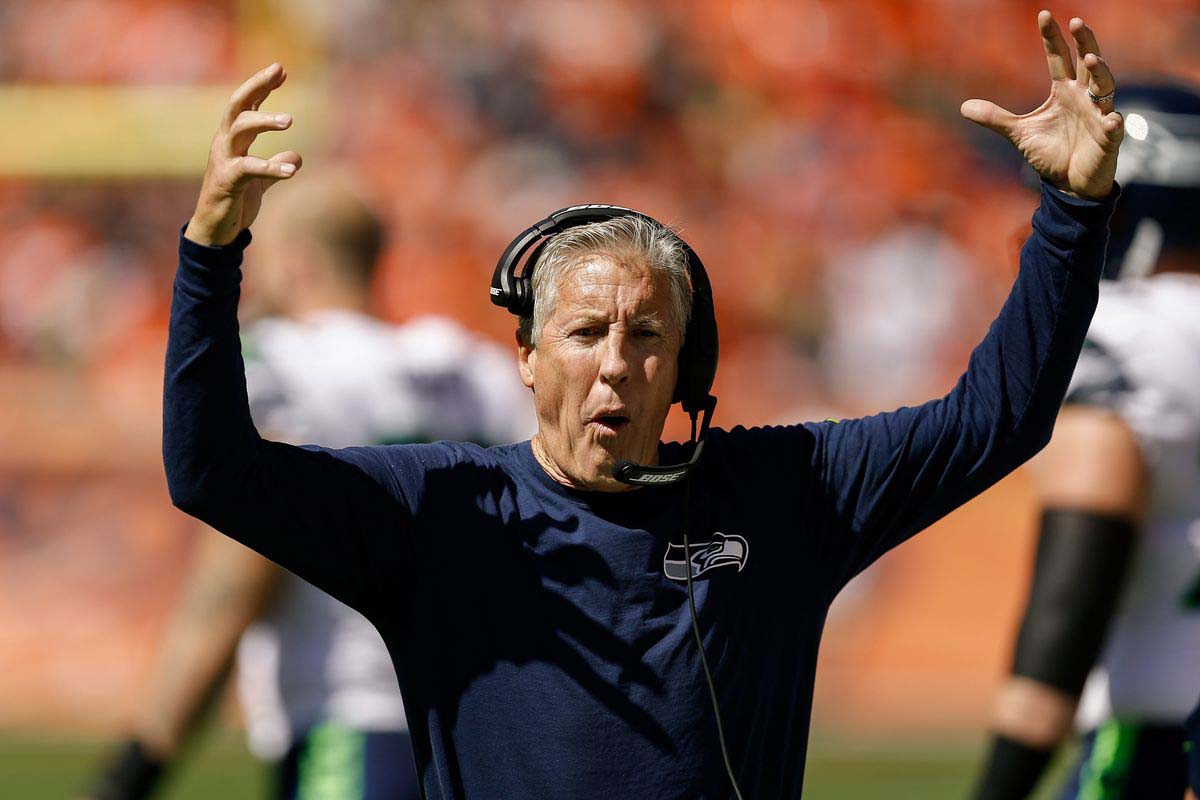 Soon after that Carroll was recognized for being the effective recruiter of football. From the year 2003 to 2005, his team won all the 34 games without having a single loss. Again, the USC had the non-stop victory from 2001 and winning against Arizona State Sun Devils by 48-17 win and over the finals defeating Washington State Cougars by 47-14 on 22nd September 2007. The USC football had success one after the other under Carroll and led to the rise in the revenue of the athletic department from 38.6 million dollars to 76 million dollars in just a year.

In the year 2010 on 11th January, Pete Carroll resigned from the USC as the head coach and signed the contract with Seattle Seahawks to become their new head coach. He signed the agreement with the Seattle Seahawks of 33 million dollars for 5 years contract. With Carroll as the new head coach, the team had their slow start during the first seasons. However, the team began to have their victory against the Rams and won the NFC West division. Later, Carroll’s team won over the Super Bowl Champions New Orleans Saints by 41-36 scores. Since then, Carroll’s team has been winning different titles consecutively having a victory against the different teams.

Carroll has an aggressive style of teaching in the offense. He motivates the offense players to be open to tricks and “going for it”. Thus, he was also nicknamed “Big Balls Pete”. While on the defense side, Carroll prefers bend-but-don’t-break style so that the opponent team get the small yard. His inspirational coaching book is The Inner Game of Tennis written by W.Timothy Gallwey. 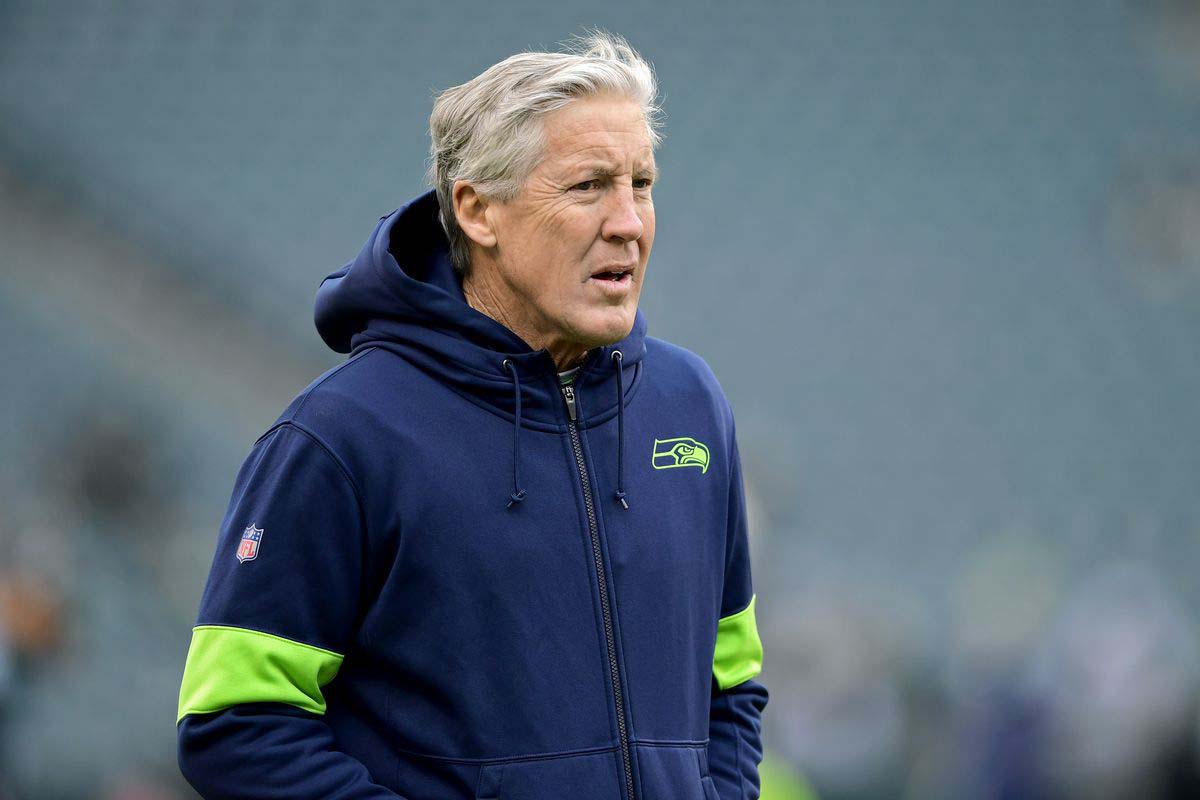 Carroll is committed to Glena Goranson. They have three children two sons and a daughter namely Brennan, Jaime (daughter), and Nathan. His wife was a former volleyball player. He also has a grandchild named Dillon Brennan Carroll from his eldest son Brennan. His both sons are his assistant coach for the American football team and his daughter was a former volleyball player in the Women of Troy’s.

Carroll along with the other political leaders, officials, and representatives from social service, education communities decided to open a charitable organization called A Better LA. The organization’s primary target is the urban areas of Los Angeles where large number of violence and murders takes place.

Carroll also has his own website for a multi-player online game called CampPete.com where people can create a virtual avatar and play in a virtual world. The game is especially targeted to kids and teens. Some portion of his earning from the website goes as the charity fund for A Better LA.