Paolo Maldini is a former professional player of football from Italy. He had been part of the national team of Italy and the popular club "A.C. Milan."

Who is Paolo Maldini?

Paolo Maldini is a former professional player of football from Italy. He had been part of the national team of Italy and the popular club “A.C. Milan.” Paolo had played from the “Central Defense” and “Left Back” position. He is popular for his great defensive skills. Paolo has also taken the responsibility of the captain of the national team of Italy for many years. He has also held the record of holding the “Record for most appearance in Serie A” with a record of 647 till 2020. Paolo has become the technical director for the team “Milan.” He is also the co-owner of the club “Miami FC.”

The full name of Paolo is Paolo Cesare Maldini. The nationality and ethnicity of Paolo is Italian. His current age is 52. He has an attractive height of 6 feet 2 inches along with a complimentary weight of 85 kgs. 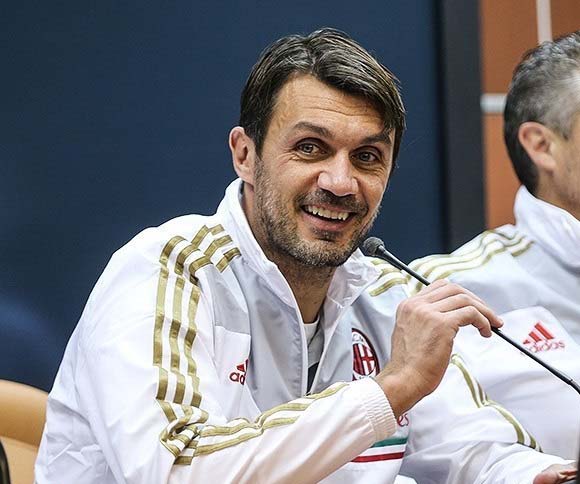 Paolo Maldini married Adriana Fossa in December 1994. She used to do modeling from Venezuela. The couple welcomed their first baby Christian on July 14th, 1996. They welcomed the second baby boy Daniel on October 11, 2001. Both are professional footballers in the club “Milan” and have been carrying on the legacy of the family. He and Daniel suffered from COVID-19 as per the test of 21st March 2020. They recovered on April 8. 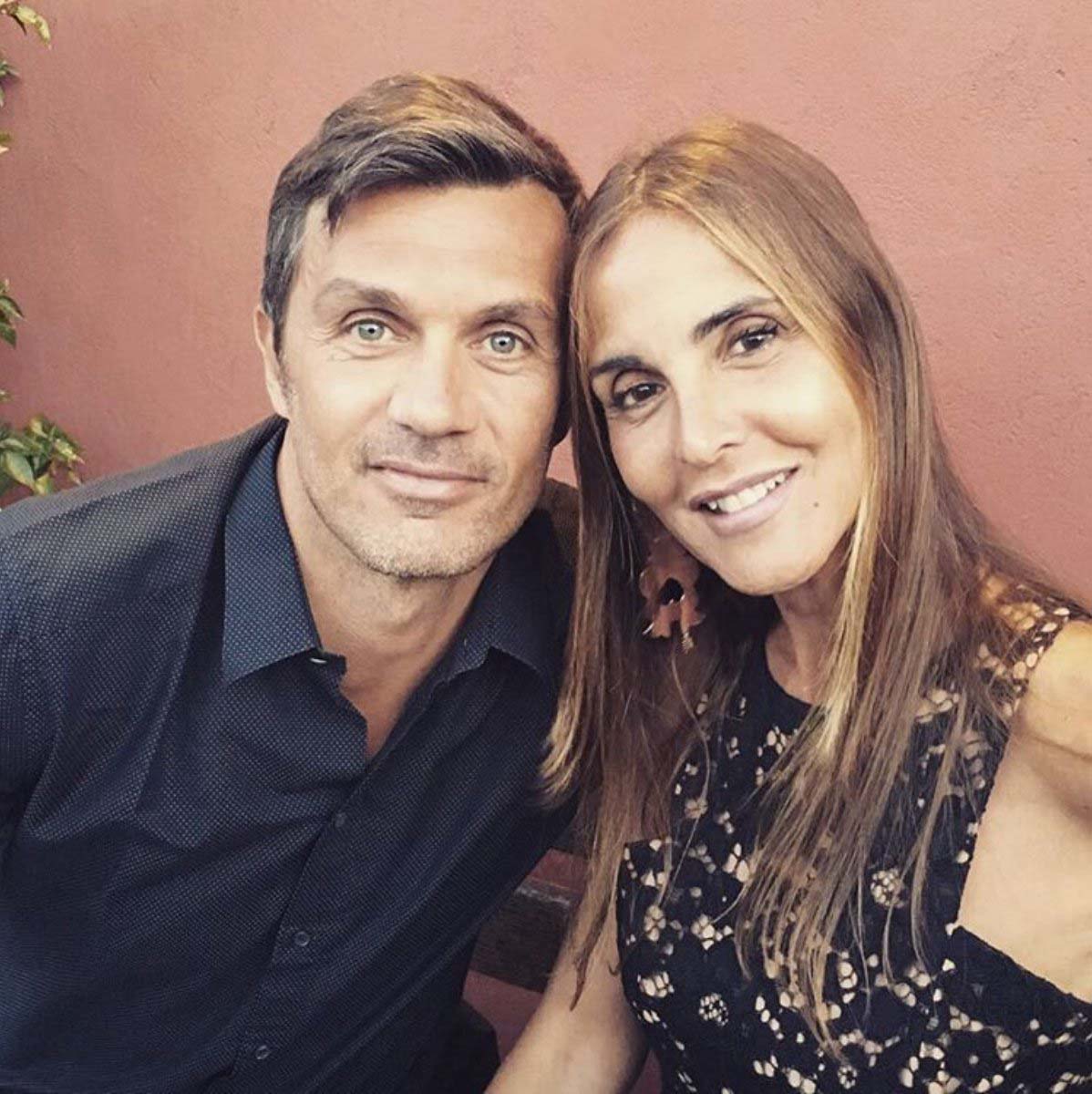 Paolo Maldini is active on social media platforms. He goes with the name of “paolomaldini” on Instagram with 1.9M followers. His Facebook page “Paolo Maldini” has 2M followers. Paolo does not have a Twitter account. But there are several unverified accounts of Paolo and fan-made pages on Twitter.

The birthplace of Paolo is Milan, Italy. He came into the world on June 26, 1968. His father’s name is Cesare Maldini. He was also a professional footballer of Italy.  He was part of the club “Milan” in the “European Cup” in 1954 and “World Cup” in 1962. His amazing football career must have inspired Paolo to pursue a football career.  His father also used to coach him during the “Italy under-21.” He died on 3rd April 2016. His age was 84 years old. Paolo’s mother’s name is Maria Luisa De Mezzi. She died on July 28th, 2016.

The education details of Paolo Maldini is not clear.

Paolo Maldini started his career with the youth team of “Milan” in 1984. He then joined the senior team of the club. He was part of the team that won the “Coppa Italia Primavera”  during the “1984-1985 season.” Paolo played league for the first time on January 20th, 1985. It was the match against the team “Udinese.” He was only sixteen years old during that time.  He became a regular member of the team in the 1986 season. Paolo started to play from the “right-back” position. He wore the same number of shirts that his father wore of number three.

Likewise, he was strong with his left foot. This helped Paolo to play from the “left-back” position. Paolo played the “Coppa Italia Cup” for the first time on August 21st, 1985. The same year he represented his team in the “European Competition” for the first time on September 18. He succeeded to score 29 goals in “Serie A.” He scored the first goal in the series on January 4th, 1987. His goal helped his team to win the match against “Como” with a final score of “1-0.”

His club also succeeded to win the “European Super Cup” in 1989 and 1990. The team also reached the semi-finals of the “Coppa Italia.”  Paolo also won the “Bravo Award” in the category of “Best Under-23 Player” in the “European Competitions” in 1989.

Paolo Maldini scored his goal in the “European Competitions” on October 21st, 1992. This made the team won the team win the “Champions League” against “Slovan Bratislava”  with a final score of ‘1-0.” He played his 200th match on October 4.  The team reached the finals of the “Champions League” and won the match against the team “Barcelona.”  He also represented the team in the  final of “1994 World Cup.” The “World Soccer” magazine awarded him with the “World Player of the Year Award.” He became the second runner up for the “1994 Ballon d’Or”  and fifth for the “FIFA World Player of the Year Award.”

The team won the “Supercoppa Italiana” and the “European Cup.” He played his 300th match in “Serie A” on February 17, 1995. Paolo became the captain of the team in the 1996-1997 season when  Diego Simeone joined the team. The team succeeded to reach the finals of the “Coppa Italia” in 1988.

Paolo Maldini became the first runner-up of the “FIFA World Player of the Year” in 1995. He came second runner up for the “Ballon d’Or.” Paolo took the responsibility of “defender” in the “Dream Team” in 2002. It’s was an honor for Paolo to enter the list of “FIFA 100” in the category of “World’s Greatest Player Living.” The importance of the honor even increased more when the “Black Pearl”, Pele named him in the list. Paolo also became the player to become the “Most Appearing Player” in “UEFA Club Competitions” till 2017.

He appeared 174 times in the tournament during the period. Paolo appeared for a total of  902 matches for “Milan” in 2012. His induction in the “Italian Football Hall of Fame” in December 2012 was itself an achievement for Paolo. 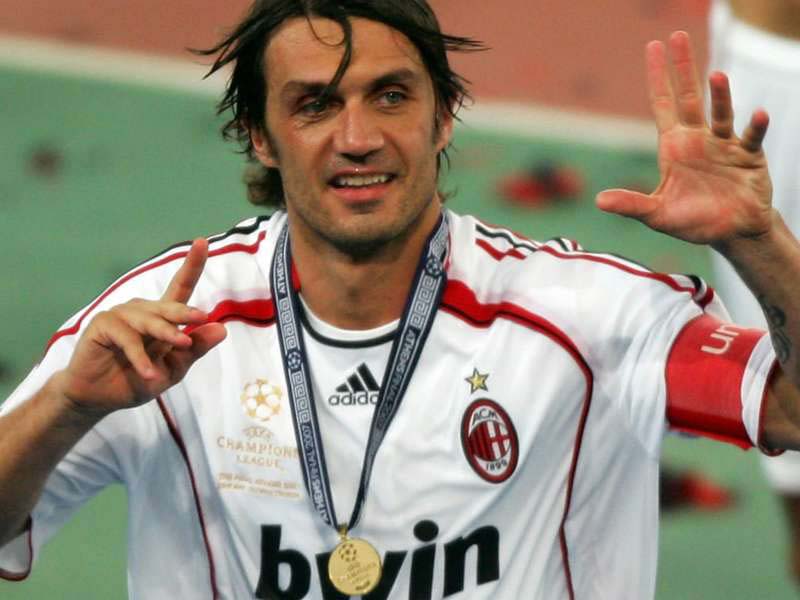 Paolo Maldini has been part of the sports fraternity for more than thirty-five years. He has an amazing sports career even till now. According to tadflr.com, he has an approximate net worth of $25 million.

Tweets by sportscovering
No Result
View All Result

© 2020 SportsCovering - All About Your Favorite Players, stats, news, and more.