Who is Roger Federer?

Roger Federer is a professional tennis player from Switzerland. The “Association of Tennis Professionals” (ATP) has ranked him number five in the world. He has won the “Grand Slam” title in the “Single” category 20 times. Roger had also ranked number one in “ATP Ranking” in the global scenario for five times. He has also won the “ATP Single” title 103 times.

The nationality of Roger Federer is Swiss. His current age is 39 years. He has an attractive height of 6 feet 1 inch with a complimentary weight of 85 kgs. He belongs to Swiss-German and Afrikaner ethnicity. 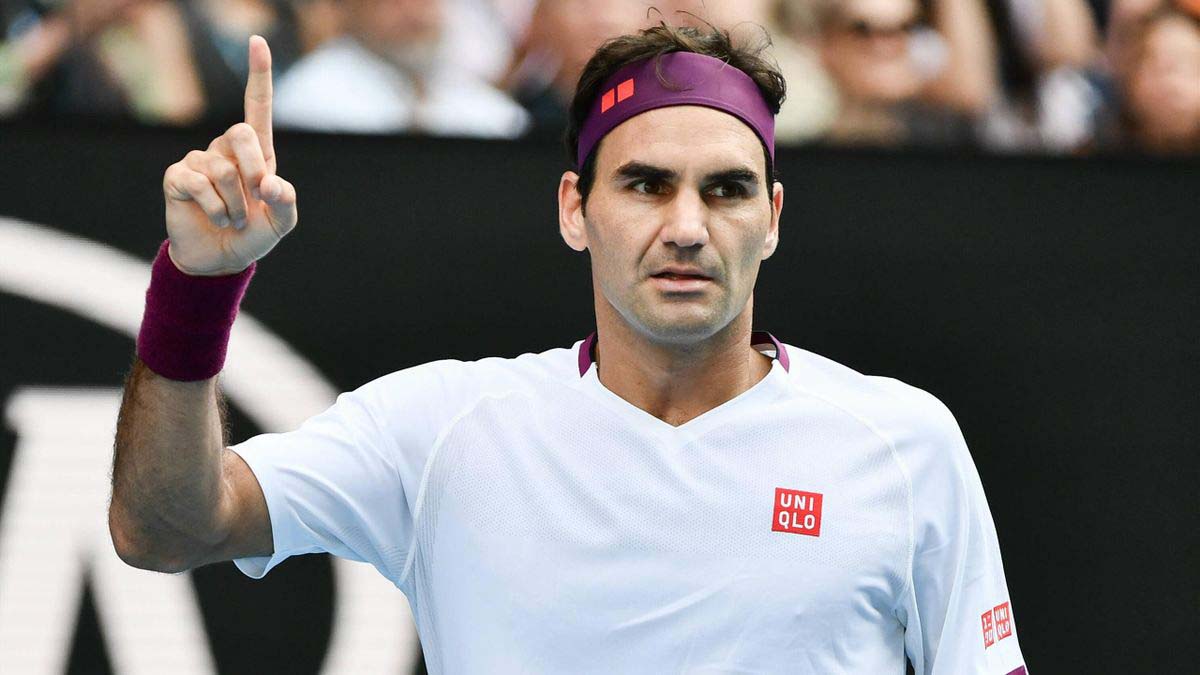 Roger Federer met Miroslava Federer when both were representing Switzerland in the “2000 Sydney Olympics.” They tied knots on April 11, 2009. The couple welcomed their twin girls in 2009. They welcomed twin boys in 2014.

The birthplace of Roger Federer in Basel, Switzerland. He came into the world on August 8, 1981. His father’s name is Robert Federer. His mother’s name is Lynette Federer. He grew up with his elder sister Diana. Roger spent most of his childhood in Birsfelden, Riehen. He used to support “FC Basel” and the national team of football of Switzerland. Roger had great coordination of hands and eyes. This helped him to join a lot of sports. He was good at basketball and badminton.

Likewise, he used to work as a “Ball Boy” in the tournament “Swiss Indoors” in 1992 and 1993. He was only eleven years when he started enjoying the profession. Roger also joined the “Swiss Armed Force” as per the rule of Switzerland. There is a provision of  “compulsory military service” for all the male citizens in Switzerland. Roger was found to not be eligible for the post.

This canceled his obligation for serving the Army. Then he joined the civil protection force in 2003. He had to give 3 ℅ of his income as tax.

There are not many details about the educational background of Roger Federer available.

The junior career of Roger Federer started in 1993. His major achievements in the junior year were in 1998. He succeeded to win the match in the singles category against Irakli Labadze. Roger also collaborated with Olivier Rochus. The duo defeated Andy Ram and Michael Florida for the doubles title.

Roger Federer succeeded to participate in the finals of the “US Open Junior” in 1998. He lost the match against David Nalbandian. Roger had won “ITF Junior Singles Tournaments” four times. He won the “Orange Bowl” in the finals against Guillermo Coria. His ranking was number one in the “Juniors Category” by the end of the 1998 season. He also received the “ITF Junior World Champion.” His first tournament at the professional level was against Lucas Arnold Ker in 1998. He lost the match in round one. 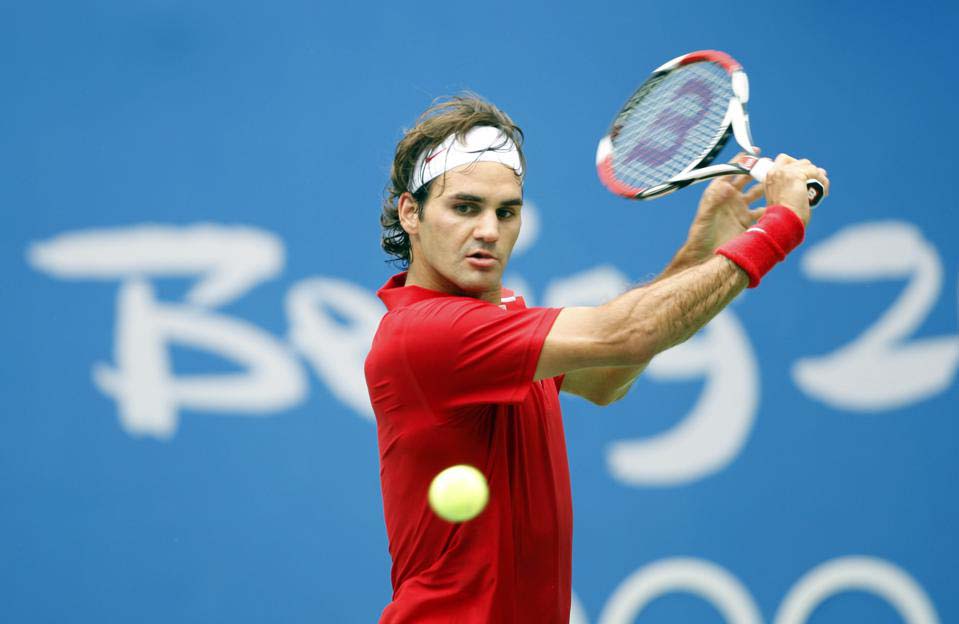 Likewise, Roger Federer succeeded to enter the list of “Top 100” for the first time on September 20, 1999. He won the match against the champion of the “1998 French Open” in the “1999 Marseille Open.” Roger succeeded to reach the finals of “Marseille Open” in 2000. He lost the match against Marc Rosset. Roger teamed up with Martina Hingis to represent Switzerland for the title of the “2001 Hopman Cup.”

The team succeeded to win the match against the American duo of Jan-Michael Gambill and Monica Seles. Roger had shared in an interview that he’s teaming up with Martina Hingis contributed a lot to take him to establish himself as a pro player.

He won the match to enter the quarterfinals to play against Tim Henman. Roger lost the match. Roger ended the 2001 season ranking 13 in the “ATP” and within Top 10 ranking number 6 in the 2002 season.

The first grand slam victory of Roger was in the “2003 Wimbledon Championships.” He faced Andy Roddick during the semifinals and Mark Philippoussis during the finals. He ended the season by becoming No.2. Roger was only 160 points behind Andre Agassi for the title. He became the first person after Mats Wilander to win three Grand Slam in 2004 in the single category in the same year. Mats Wilander has created the record in 1988.

He succeeded to win the single titles 11 times and 81 matches in 2005. The 2006 season was the best season for Roger. He succeeded to become number one in the world.

Moreover, Roger Federer succeeded to reach the finals of all four Grand Slam in 2007. He ended the year ranking number one for the fourth time in a row. Roger succeeded to get a gold medal in the Doubles category in the “Olympics Games” where Novak Djokovic got the title of  “Best Athlete” and honored him with the “Golden Badge.” He teamed up with Stan Wawrinka for the match. Roger suffered from “infectious mononucleosis” in the same year.

This created a lot of problems to participate in a lot of tournaments. He also suffered from a back injury by the end of the year. Despite the suffering, he succeeded to win the ” US Open” title. He ended the season by reaching number two in the world. Roger again held the number one ranking in 2009.

Roger Federer won the “Australian Open” for the fourth time in his life in 2010. His ranking was two by the end of the season. He completed the 2011 season by winning the “Paris Masters”, ” Swiss Indoors” and “ATP World Tour Finals.” His rank was number there in the season. He succeeded to win the “2012 Wimbledon Championship.” Roger also got the silver medal in the “2012 Summer Olympics.” 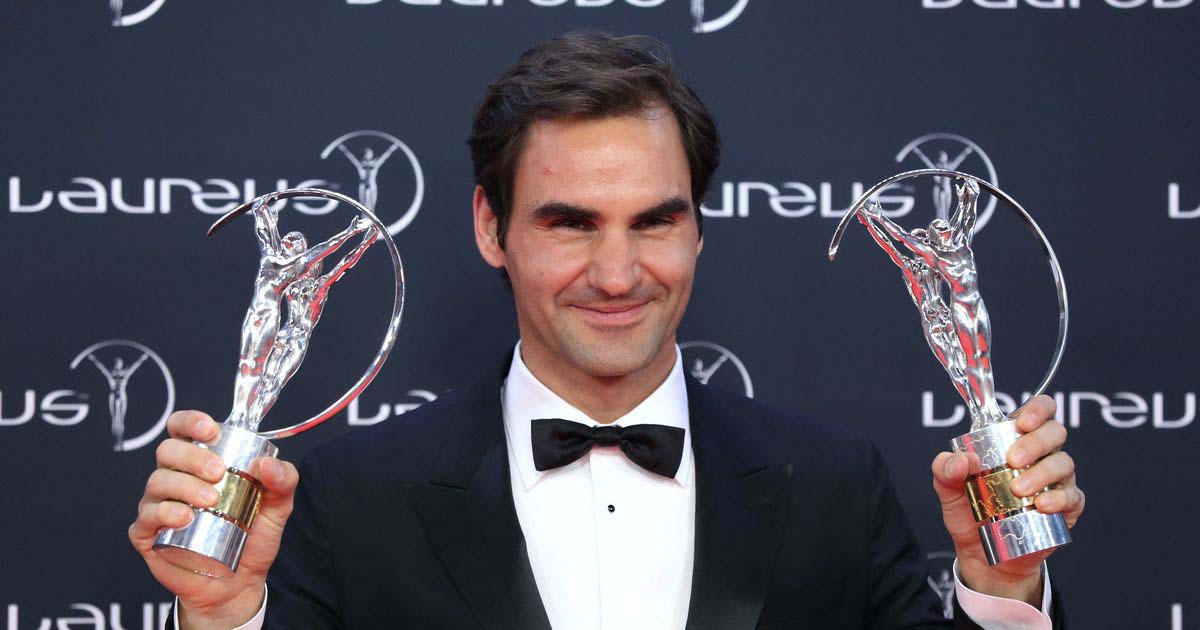 He also held the number one ranking again by the end of the season. Roger underwent a lot of years with struggling pains, knee surgery, losing ranks, and many more. But he didn’t give up. Roger succeeded to win Grand Slam titles in the 2017 season. He won the “Hopman Cup” in 2018. Roger participated in the “Australian Open” in 2020. He decided not to participate in the season to take the time for recovery from right knee surgery.

Roger Federer has been part of the sports fraternity for more than twenty-five years. He has been part of a lot of matches and tournaments with a great career. According to celebritynetworth.net, he has an approximate net worth of $450 million.  He still has a long way to go.