Tommy McCarthy is a professional boxer who has won a bronze medal in the 2008 Youth World Championships. He also won a medal at amateur boxing representing Ireland which is a boxing practice at the collegiate level. His is a dedication to boxing is something else that makes him famous.

McCarthy fought out 21 fights on where he has gained 18 wins (9 by knockout and 9 by decision) and 3 losses (1 by knockout and 2 by decision). Similarly, he has also knockout Alexandru Jur in May 2021 which is a European Cruiserweight held in AO Arena Manchester, England.

Tommy McCarthy was born on 4 November 1990 in London, England. His height is around 6 ft 2 in (189 cm) and reaches around 75 in (192 cm). The boxer is currently a resident of Belfast, Northern Ireland which is in the United Kingdom.

McCarthy’s mother’s name is Kid Edwards who was born in Jamaican and married to his Irish father. His mother always supports the career he chooses to be a boxer and is always by his side from the beginning. Unfortunately, his mother passed away because of the lung disease called “Sarcoidosis”. After his mother’s died he started living with his grandparents because he was just a 7 years old kid.

When McCarthy was young he was interested in rap songs and also wanted to become a rap singer in the future just like his cousin. But later on, he started gaining interest in boxing so he left interest in rap.

Tommy used to practice boxing so hard for his dream to become one of the best boxers. He also used to participate in the local boxing match so that he can test his boxing skills to figure out how much he still needs the practice to achieve his goal. 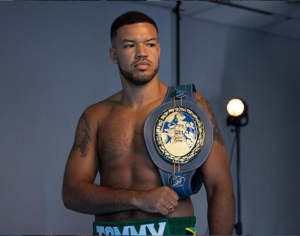 Tommy McCarthy has been fighting since 2014. So, he started his professional boxing career in 2014 and his first fight was against Rolandas Cessna. During the match, he knocks out his opponent with KO and won the title.

After his win, he again participates in the boxing event back in December 2015 held in Hilton Hotel, Blackpool. His match went good and able to beat Vladimir Reznicek in the 6th round by a point.

In the next year 2016, McCarthy again competed in the boxing event in SEE Hydro, Glasgow. At that time, he beat his opponent Jonlewis Dickinson in the 10th round by decision. Later on the same year on 19th November, he lost his match against Matty Askin by decision in their 12 round which was held in Victoria Warehouse, Manchester. Similarly, he was again defeated by Matty Askin in the 12th round by decision on the same event. 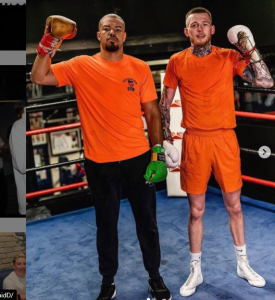 Besides, McCarthy won the WBC international cruiserweight title back in October 2019 in Pala Trento, Italy against Fabio Turchi by SD. In addition, he also won against Bilal Laggoune in the European Cruiserweight title in The SSE Arena, London by MD.

McCarthy again participates in Retained European Cruiserweight on 15 May 2021 held in AO Arena, Manchester, England. During his match, he knockout Alexandru Jur around the time of 6 (12), 2.20.

Recently Tommy McCarthy lost his match against Chris Billam Smith by SD in Commonwealth and Vacant British Cruiserweight on 31 July 2021.

Tommy McCarthy is happily married to his wife Amy who is his longtime girlfriend from the school. The couple now has 4 beautiful daughters(Cara, Kiya, Aniya and Branna). 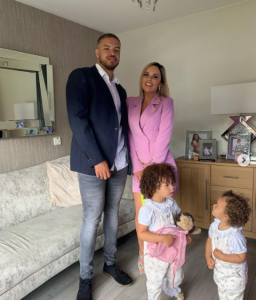 Tommy McCarthy made all of his earnings from boxing, brands sponsorship, and endorsement ads. His net worth is estimated at around $1 million according to various internal sources.

For full biography about your favorite player please check out Sportscovering.