Skip to content
Home » Gossip » Who are the Top 10 Power Lifter of all time?

Who are the Top 10 Power Lifter of all time? 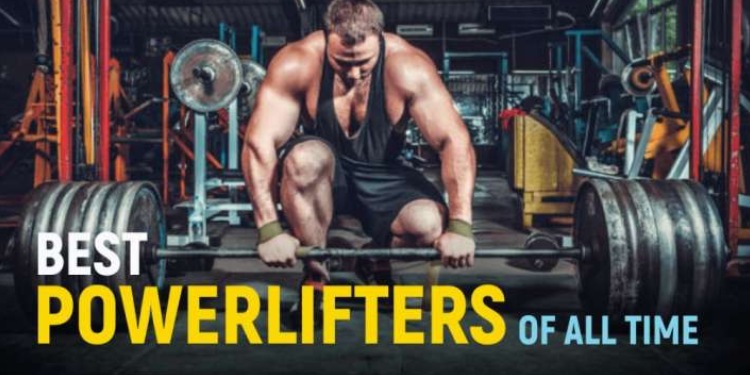 A powerlifting is a form of strength sport that dates back centuries and is practiced in almost all cultures around the world. The unique physical strength possessed by people was appreciated back then and is a hobby-based profession for many these days.

Today, we have listed here the 10 best powerlifters that continue to amaze us all with their sheer strength. The list is compiled by taking into account all three aspects of powerlifting: squat, bench press, and deadlift.

Eddie is a British powerlifter who is nicknamed ‘The Beast’ for his strength and appetite for powerlifting. The 352 pound Briton is one of the most popular powerlifters who appears on TV.

He was the title holder of ‘UK’s strongest man for six consecutive years from 2011 to 2016. During his appearance in Europe’s Strongest Man, he set the world record for Axle press, lifting 476 lbs. of mass.

He claimed his first and only World’s Strongest Man title in 2017 before retiring of health issues.

The Russia-born Mikhail Koklyaev is a seven-time Arnold Strongman Classic champion. Having even represented his country in the Olympics, he also is a qualified boxer. The 295 pound Koklyaev is also a WPC Raw European Champion, which he won in 2012.

His personal best record of powerlifting is 793 lbs. for squats, 507 lbs. for bench press, and 920 pounds on deadlift, amassing a total of 2220 pounds of weight lifted.

In his boxing debut, however, Koklyaev lost the match by a TKO to Alex Emelianenko.

The Top Ten Wrestlers of All Time

Björnsson is a powerlifter who might be popular with a lot of youth today, as ‘The Mountain,’ as he is called, made TV appearances in the HBO series Game of Thrones for five years as Gregor Clegane.

In 2018, he became the first person to win the Arnold Strongman Classic, Europe Strongest Man, and World Strongest Man competitions in the same calendar year.

The 344 pound Icelandic beast started out in sports as a basketball player but faced an early retirement at just 20 because of an ankle injury.

He has been the strongest man in Iceland for the last 10 consecutive years, from 2011 to 2020. He set the world record on elephant bar deadlift, lifting 1,045 lbs. at the Arnold Classic competition in 2019.

Andy Boltman is another Englishman on our list who began his powerlifting career at the age of 20. Weighing at 361 pounds, Boltman is a 3 times WPC Powerlifting champion and also holds a few WPC world records.

His record of lifting a total of 2806 lbs and squat sets of 1213 lbs in WPC is yet to be broken. Boltman is a 15-time British Powerlifting Champ and has also won WPO a whopping 7 times.

Furthermore, Andy Boltman holds the Guinness Book of World Records for becoming the first powerlifter to lift over 1000 lbs.

Brian Shaw is an American strongman who switched to powerlifting after spending his time in college playing Basketball.

The 438 lbs. giant began his powerlifting journey without any formal training when he participated in the 2005 Denver’s Strongest Man. Making rapid progress in the field, he became a professional within the next 7 months.

Three years later, in 2008, he participated in his first World’s Strongest Man contest and has since gone on to reach the final of the competition a record 13 times, winning 4 of them. He even holds the record for making 14 consecutive WSM appearances.

Paul Anderson is another American who makes our list, ranking at number 5. One of the core figures in the industry, Anderson, started lifting while he was in college. At only 20, he participated in his first-ever powerlifting competition in which he broke the 30-year record in squats by doing 650 lbs.

In the mid-1950s, he was a prominent figure in the powerlifting community, winning the World Championship in 1995 and setting a record for 407 lbs benchpress and 1129 lbs of total weight.

Representing the United States in the Melbourne Olympics, Anderson won gold in the 90+kg division, also winning the World Championship for the second time in a row.

In 1957,  Paul Anderson set the Guinness Book of World Records after back lifting 6,270 lbs. A record that has been cited as “The greatest lift ever by a human.”

Another American making the top five on our list is Bill Kazmaier. Dropping out of college to pursue his passion for lifting, Kazmaier is considered one of the greats in the sport.

At the age of 25, Bill Kazmaier set the world record for bench pressing 663 lbs. by winning the 1979 IDF World Powerlifting Championship. Weighing at  360 lbs., the powerhouse won the title again in 1983.

He was the World’s Strongest Man title holder for three consecutive years from 1980 to 1982.  Astonishingly, competition organizers stopped inviting him to make the tournaments more competitive. That should give you an idea, how dominant Bill was in his time.

Some of Kazmaier’s renowned lifts and records include car deadlift at 2555 lbs., cement block lift at 969 lbs., Hungarian farm cart deadlift at 1124 lbs., and Silber dollar deadlift at 1055 lbs. of mass.

The Top 5 Richest NBA Players in the World Right Now!

Mark Henry is reputed around the world as a WWE Wrestler, where he was termed ‘The World’s Strongest Man.’

Although he never won the ‘World’s Strongest Man’ competition itself, he is a WDFPF World Champion which he won in 1995, and a two-time United States National Champion. Having spent most of his professional years in WWE, he made a name for himself as a professional wrestler, winning two WWE championship titles.

The 360 pounders is credited for setting the biggest raw squat and raw powerlifting grand total score ever by a drug-tested athlete, as well as the greatest raw deadlift by an American. He has even represented the United States in the Olympic weightlifting competition two times.

In 2018, he was inducted into the WWE hall of fame for his service and achievements during his years with the franchise.

The second best powerlifter on our list is the Lithuania-born Zydrunas Savickas.

Often regarded as the strongest athlete mankind has ever seen, Savickas broke all Lithuanian powerlifting records when he was only 18 years of age.

Weighing 375 pounds and standing 6’4” tall, the Lithuanian is the titleholder for being the World’s Strongest Man for 4 years.  And was the country’s champion for 16 years.

Winning the Arnold Strongman Classics a record 8 times, he has also won Europe’s Strongest Man title 3 times and the ISFA Strongman 2 times in his career.

Recently in 2016, he lifted a 503 lbs. (238 kg) wooden log. In 2010, Savickas completed 8 clean reps of Apollon’s Axle Press, weighing at 366lbs. Before that, he even set records for hummer tire deadlift, metal block press, giant barbell deadlifts, and atlas stone.

The first place of being the No.1 Powerlifter is a title held by an American, Ed Coan.

Ed was well renowned for his insane squat and deadlift strengths, but his bench press was on a different level as well.

During his career, Ed broke more than 70 world records spanning multiple weight classes. Some records that he set are still standing today. At the age of 28, he put up a massive 2463 lbs. total after doing sets of 1003 lbs. in squats, 573 lbs. in the bench press, and 887 lbs. of deadlifts, setting an all-time world record.

Coan is still considered a powerlifting GOAT and was also inducted into the International Sports Hall of Fame in 2015. But his career came to a standstill after facing a dope ban.

We hope you enjoyed reading through the list of some of the strongest men on the planet that have redefined the definition of strength and power.