Adam Scherr who is famous by his ring name Braun Strowman is an American pro wrestler who is signed to WWE and performs for RAW as of December 2020. Braun got his initial world title, the Universal Championship in 2020 and also won the title at WrestleMania36.

He started off being associated with “The Wyatt Family” and had a villainous presence. He is also known as “The Monster Among Men” who holds the record for most elimination in an Elimination Chamber match and most elimination in “Andre the Giant Memorial Battle Royal”. 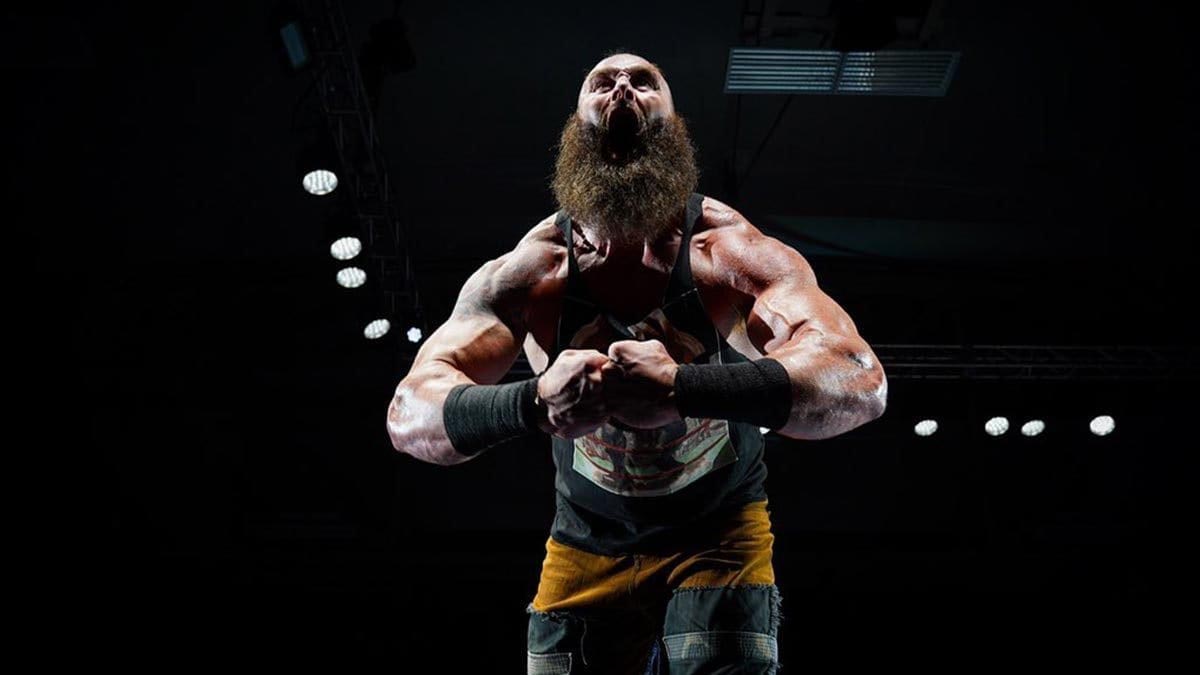 Braun Strowman was born to Rick Scherr and his wife on the day of 6th September of 1983 in Sherrills Ford which is located in North Carolina, USA. His father is a former softball player and is considered one of the best slow-pitch players of all time. He also has a younger sister who is named Hannah having an athletic teen and played football, track, and wrestling for the school team.

He studied in Bandys High School. He didn’t do well in college. He played football semi-professionally for four years with the team Hickory Hornets. He also worked as a mechanic and doorman. After this, he competed in strongman competitions.

On May 12, 2013, he signed a contract with the WWE who got trained at the WWE Performance Center in Orlando, Florida and was given the ring name Braun Strowman. However, he only made his ring debut on December 19, 2014, on NXT.  That day he was able to defeat Chad Gable. At WWE NXT he only appeared in seven dark matches and house shows, so he was completely unknown to most fans when he switched to the main WWE shows.

However, on May 26, 2014, he was allowed to be part of a TV taping for a Raw edition for the first time. He appeared there in the wake of Adam Rose as the so-called “Rosebud”. At the first “WWE Raw” edition after SummerSlam, Scherr debuted in fights against Roman Reigns and Dean Ambrose with the new ring name Braun Strowman. 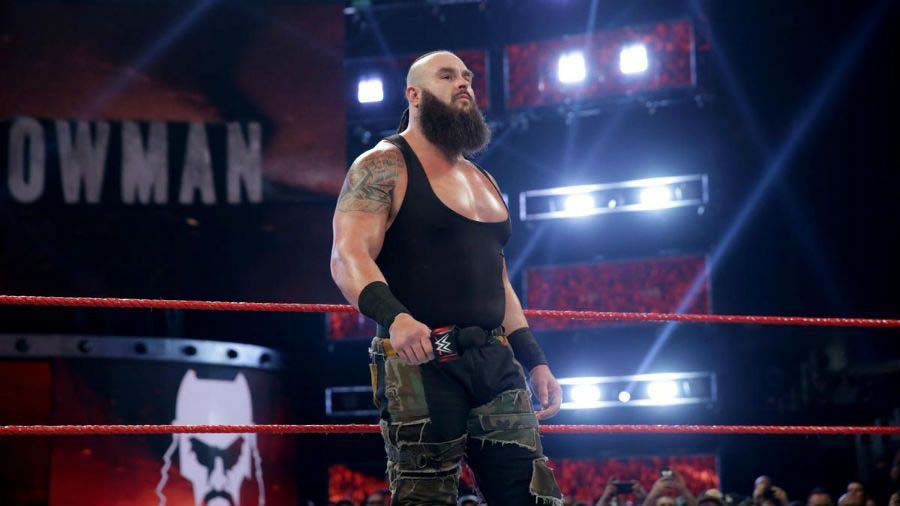 He joined the Wyatt Family around Bray Wyatt, Luke Harper, and Erick Rowan playing his first PPV match at Night of Champions on September 22, 2015. There he won together with Bray Wyatt and Luke Harper against Roman Reigns, Dean Ambrose, and Chris Jericho while the Wyatt Family attacked Undertaker at WWE Hell in a Cell 2015.

As part of the WWE Draft, Strowman transferred from Raw to SmackDown on October 11, 2019.  On October 31, 2019, he lost a match against Tyson Fury at WWE Crown Jewel in Riyadh, Saudi Arabia via Countout. On January 31, 2020, he won the WWE Intercontinental Championship from Shinsuke Nakamura at SmackDown.  On March 8, 2020, he lost the title to Sami Zayn.

On April 4, 2020, he won the WWE Universal Championship from Goldberg.  The reign lasted 141 days and finally lost the title to Bray Wyatt on August 23, 2020. He went to Raw through the draft in October of 2020.  At the Survivor Series 2020, he took part in the Elimination Match and won with his team. He injured his knee during the match.

Braun Strowman is currently dating Kailey Dawn Farmer. Kailey is also a wrestler and goes by the ring name “Kamilla Kaine”. He hasn’t been married yet and he doesn’t have any children to date. Outside of wrestling, he enjoys fishing and traveling. He is also keen on music and his favorite band is Metallica. He is godfather to Bryan Wyatt’s son who is named Knash Rotunda. He doesn’t smoke but he drinks alcohol. 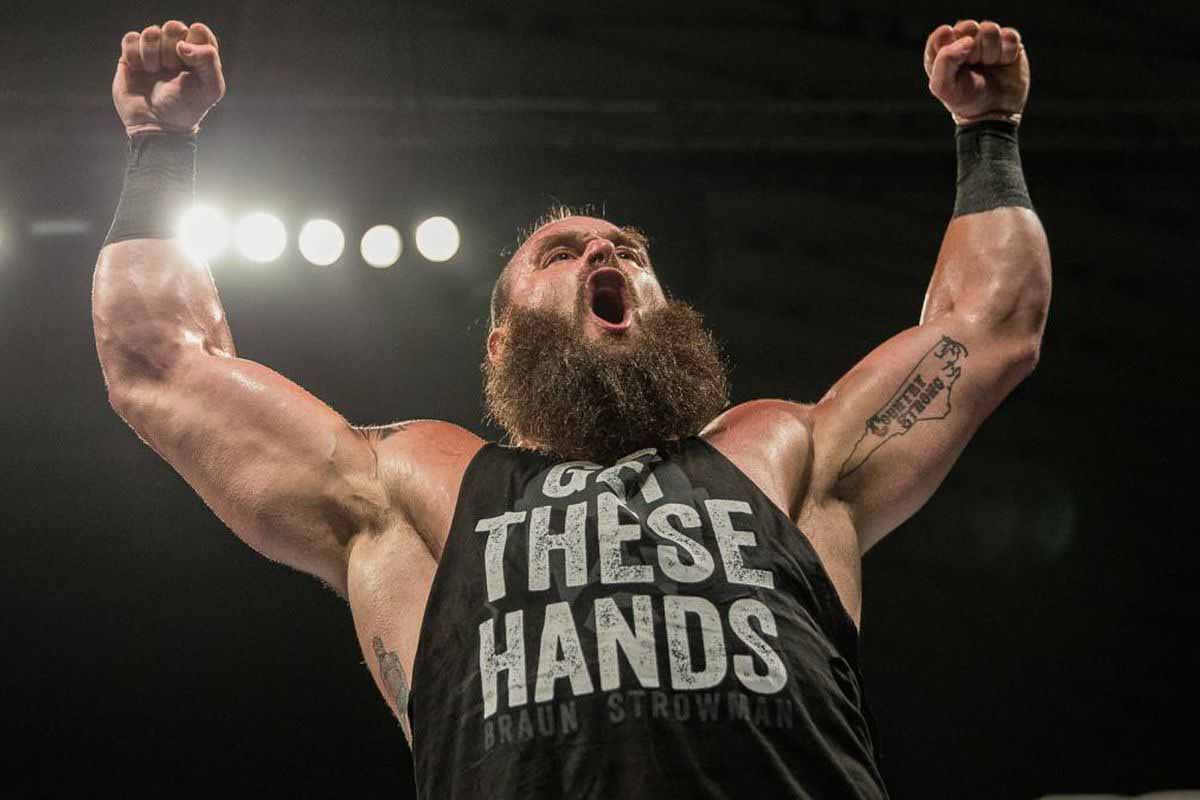 Braun Strowman’s net worth is estimated to be around US$ 2 million as of December 2020.