Who are the Buffalo Bills?

Buffalo Bills is an American team of professional football players based in Orchard Park of New York. The team plays in the NFL (National Football League) and represents the AFC (American Football Conference) East division. The club’s home stadium is the Bills Stadium situated in Orchard Park, New York, and the club’s mascot is the ‘Billy Buffalo.’

The club is supported and cheered with the fight song ‘Shout,’ a popular song originally written by the Isley Brothers in 1959. The team got currently owned by the billionaire business couple Terry Pegula and Kim Pegula. The general manager for the club is Brandon Beane, and the head coach of the Buffalo Bills is Sean McDermott.

Buffalo Bills was established as a football club back in the year 1959 on 28 October. They officially started playing in the American Football League in 1960 and were led by Buster Ramsey, the head coach. The club was later ruled by coach Lou Saban when they won two consecutive American Football League championships in 1964 and 1965. The club has not won a title ever since. 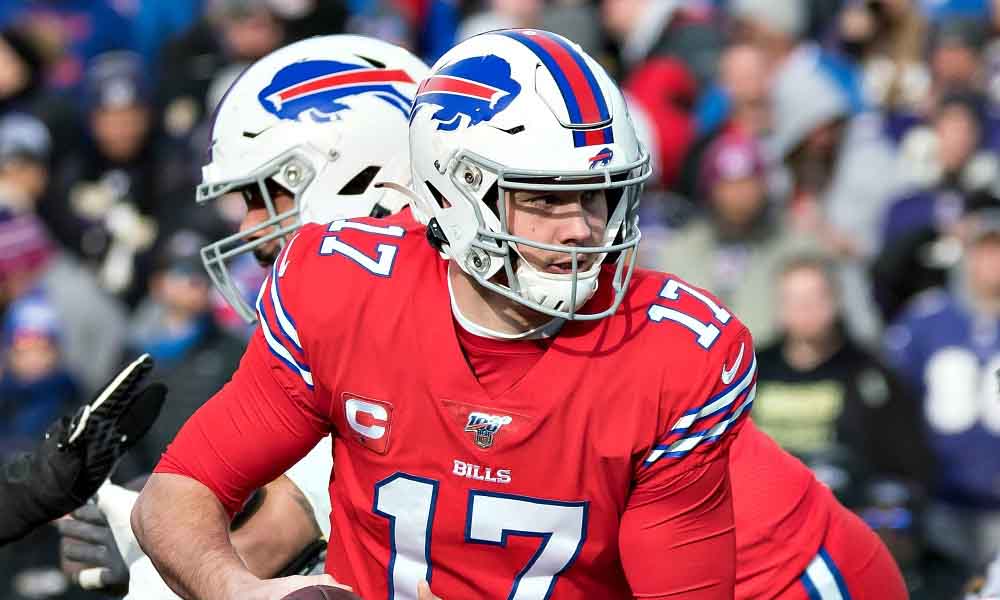 The club’s history was not that impressive during the 1970s, and the club was struggling to maintain a good record. They lost four Super Bowls and were almost failing as a club. Still, they regained hope when players like Jim Kelly, Thurman Thomas, Bruce Smith, and Darryl Talley helped the Buffalo Bills win four consecutive American Football Conference (AFC) Championships.

The team could not enter the play-offs for 17 years, making it the longest playoff drought in all significant sports history during that time. It came to an end when they secured a place on 31 December 2017. The club’s ownership then got transferred from the team founder and American businessman, Ralph Wilson, to the billionaire business couple, Terry and Kim Pegula, on 8 October 2014.

Name Origin, Logo and the Uniform

The Buffalo Bills’ original logo featured an all-red standing bison, their official logo from 1962 to 1974 when it was changed and redesigned by aerospace designer Stevens Wright. He introduced a blue charging bison, which had a red slanting stripe originating from its horns. This design has been the official logo of the Buffalo Bills ever since.

The Buffalo Bills got led by the team’s first head coach, Buster Ramsay, for 28 games. Under his coaching, the club maintained a .407 winning percentage with 11 wins and 16 losses, and one tie, and they could not make it to the play-offs.

Buster Ramsay was replaced by Lou Saban in 1962 and coached for a total of 56 games. The club gained massive success under Saban with a win percentage of .679 and a record of 36 wins, 17 losses, and three ties. The team made it to the playoffs, where they won 2 games and lost one game. Lou Saban won the UPI AFL’s Coach of the Year award for two consecutive years in 1964 and 1965. The club introduced Joe Collier as the new coach after Lou Saban. 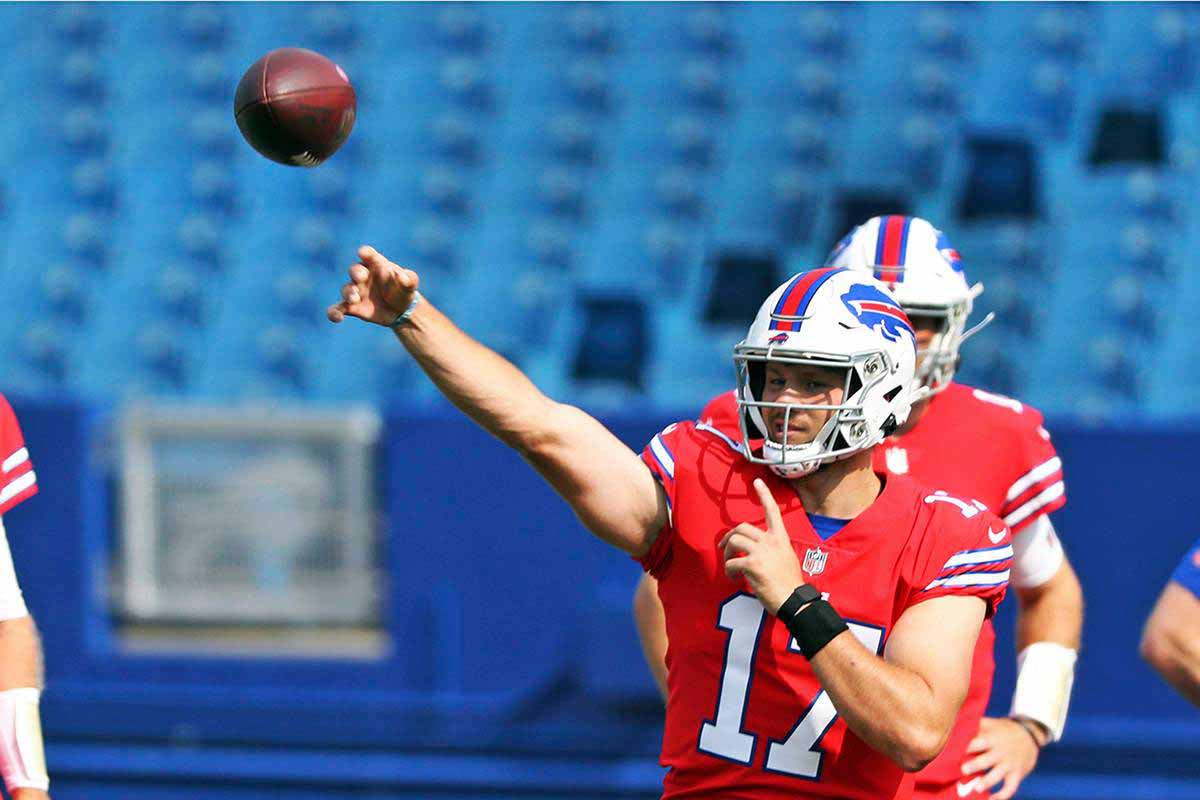 Collier coached the club for 30 games with a win percentage of .448 and a total of 13 wins, 16 losses, and one tie making to the play-off but lost the game. The 1968 season of the Buffalo Bills got coached by Harvey Johnson and was one of Bill’s worst seasons’ club history. He coached for 12 matches in which the club won a single game with a single tie and ten losses. Harvey was replaced by John Rauch, who helped the club regain a little bit of bait with seven wins, 20 losses, and a tie during the 28 games coached by Rauch.

The club faced another season of losses when Harvey Johnson returned to the club in the year 1971. He coached for a short period of 14 games in which the club won a single game with 13 losses. The club made it to the play-offs and maintained a decent record when the club’s ward-winning coach  Lou Saban, returned in 1972. He coached the club for 61 games during his second time with the Bills and managed to win 32 times with 28 losses and one tie.

Likewise, the team saw coaches like Chan Gailey, Doug Marrone, Rex Ryan, and Anthony Lynn before the limelight shone again for the Buffalo Bills when Sean McDermott got introduced as the head coach. He started coaching for the Buffalo Bills in the year 2017 and has been coaching ever since. He has coached for 48 games in which he has won 25 games and lost 23. The Buffalo Bills also made it to the playoffs ending their 17-year-old drought but lost two matches. 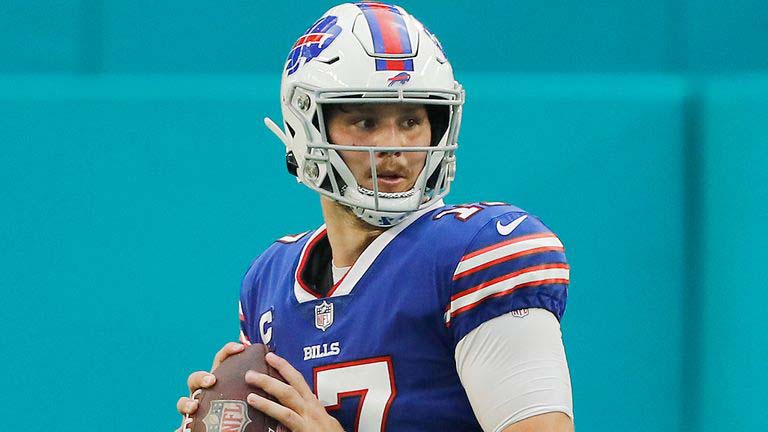 The Buffalo Bills got trained in the Roycroft Inn, which is in East Aurora, New York, from 1960 to 1962. They coached from 1963-1967 in the Camelot Hotel, Blasdell, New York, and from 1968 to 1980 in Niagara University in Lewiston, New York. The State University of New York at Fredonia became the new training campsite for the Bills from 1981 to 1999. From 2000 till date, St. John Fisher College In Pittsford, New York, has been the Bills training camp.

The team Buffalo Bills have a net worth of approximately $2.05 billion.